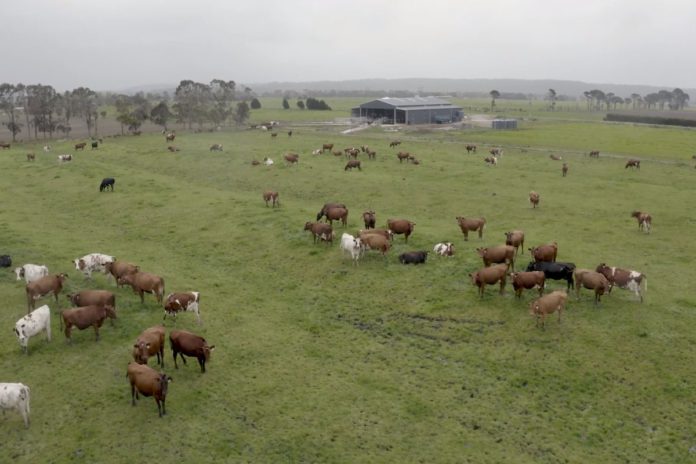 A robotic milking system has helped a family farm with 600 dairy cows to reach new heights.

In 2019, the Finlaysons from Togari, Tasmania, Australia, took the decision to install a number of Lely Astronaut A5 machines to milk their herd. Efficiency and productivity were the family’s main concerns before the introduction of this technology.

With the new system in place, the Finlaysons are hoping to produce food at a lower cost. “People want food, they don’t want to pay more money for food, so we’ve got to find a way to produce food more cheaply. This is one of the ways that we can do that, through technology.” James Finlayson explained.

“The main reason for choosing a robotic system was labour, we’ve had a long-term labour issue. In our old shed, we were milking up to 600 cows and spending 5 hours each milking,” Hugh explained.

The change to robotics

The robotic milking machines were installed at the start of July 2019. Lely sent over a number of technicians for the first three days to help the farmers learn about the system.

“With the Lely system, early on we did have a few bugs in the system, which you expect at startup. That was a good thing, we had technicians around and any issues we did have were good to learn about. Later on, if things went wrong, we knew how to deal with it.”

Hugh went on to discuss how he’s liked the new system and all the information he is obtaining: “T4C is a pretty user-friendly programme to use. One of the things we follow is the milkings/cow/day and of course, our production per day.”

“The amount of information we can get from T4C is great, not only on a cow level, but on a robot level as well. If we’ve got issues with robots, we can quite often crack it through the machine itself.”

The Lely system also led to an increase in production within the herd. “Almost immediately, we had a 10% gain in our milk yield compared to our conventional system – same herd, same cows but a 10% increase”

Alison believes that the new robotic system has changed the mindset of their animals in a positive way: “Cows are herd animals and they move around together. With this system, they think more independently.”

“Our cows were feed-orientated before, but now they are more-so in this system. That’s what gets them to the dairy and the utilisation of the pasture is how you set this up; so it’s not only about the robots, it’s about the whole system,” she concluded.