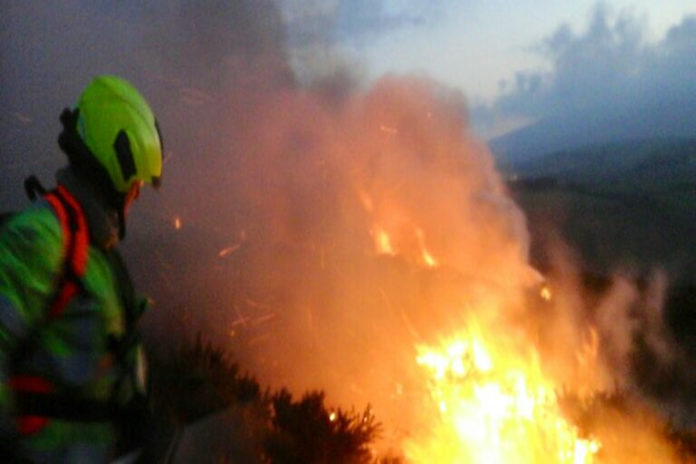 Rathdrum fire crew in Co. Wicklow were called to deal with another illegal agricultural fire on Tuesday afternoon (March 31st).

This comes just days after a similar fire was started on the Sugarloaf Mountains on Friday night (March 27th).

In a statement on their twitter page, the Wicklow Upland Council stated: “Wicklow Uplands Council would like to remind landowners & members of the public, that it is illegal to burn vegetation outside of the Permissive Burning Season – which is now closed until September the 1st.”

Minister for Agriculture, Michael Creed, stated “Given the current emergency arising from the Covid-19 pandemic, it is more important than ever that no one should start an illegal fire in the countryside.”

“Such activity will cause the unnecessary diversions of emergency service resources. Wildfires put homes and livelihoods at direct risk and cause considerable disruption to rural communities and habitats.”

“At any time but particularly in the current emergency, such disturbance to rural dwellers, including those who are old and vulnerable, cannot be permitted under any circumstances.”

There are serious penalties for landowners who burn vegetation outside the designated period. If you burn land between March 1st and August 31st:

The Department of Agriculture, Food and the Marine previously advised the public of the following surrounding fire safety: