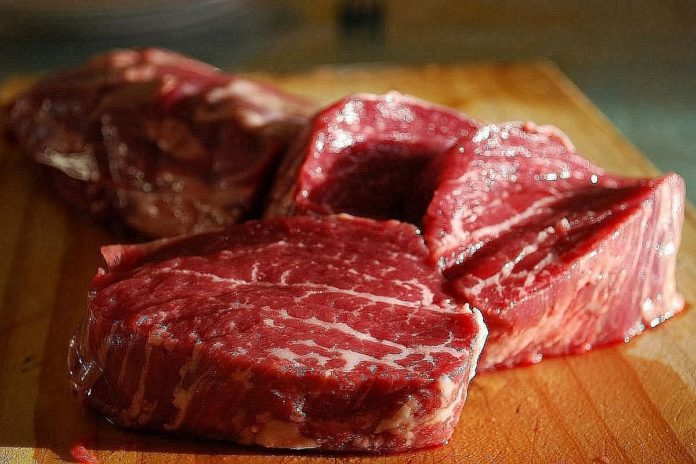 A major beef processor and two retailers have been accused of “underhand tactics” and of threatening the unity and sustainability in the food supply chain that is keeping supermarket shelves well filled through the coronavirus crisis.

The Ulster Farmers’ Union presidential team, said farmers were rightly angry over reports that ABP in Great Britain has supplied 400 tonnes of Polish beef to Sainsbury and Asda, at a time when processors are outlining that market conditions are “extremely difficult and producers are likely to see reduced prices.

To add insult to injury, the farm organisation outlined, parts of the Polish industry were under investigation by the European Commission for poor hygiene practices just a few months ago.”

“This is a selfish decision. There is no reason for doing this other than to make a quick profit.”

The UFU stressed that farmers across the UK and Ireland are working hard to keep supplies flowing under the most difficult of circumstances.

“They are succeeding and there is plenty of beef available to processors and retailers. What they are doing is simply kicking farmers at these most difficult of times as part of a tactic to drive down prices.”

“That is unfair and underhand. Those doing it deserve to be named and shamed. It equates to approximately twenty containers of beef.”

“It has seriously undermined the commitment given by the processors to a collective approach across the supply chain,” said the UFU office bearers.”

Appreciating the effort of farmers

The UFU said that in the battle against coronavirus, everyone is trying to play their part. It outlined that the message from politicians is that we are all in this together to beat the virus.

The organisation believes that farmers are fulfilling their role by making sure that there are sufficient supplies of beef for our processors.

“We genuinely believe people appreciate the efforts of farmers. When this is over food security, quality and provenance will be a lot higher on people’s agenda.”

“There will, however, always be those who seek to exploit a situation for a quick profit. This is to be expected of wheeler-dealers, but not of one of the biggest beef companies in Europe and of two retailers proud of their images.”

“I would urge all involved in this trade to think again and put wider interests first – if only for the sake of their own reputations with farmers and the general public,” said the UFU presidential team.

In a recent meeting with a processor, the organisation said it specifically asked was non-UK beef being imported and it was “categorically denied”.

“Only for it to become apparent that this was already happening on the same day as it was being denied. What trust and respect we had for the processors and retailers have seriously eroded.”

Processors, the UFU added, have recently raised the price of mince from £3 per kilo to as high as £5 per kilo in some cases.

“We have been consistently told in the past by our processors that 60% of an animal goes into manufacturing/mince.”

“In simple maths, that is quite a lot of money per animal. However, the processors desire to pull down the price of beef to the producer whilst Polish beef is being imported for supermarket shelves, we are left totally dismayed.”

Consumers are being asked to support local small shops and butchers. “We can’t have processors and retailers undermining us at a time when we as farmers need to feed our nation.” the UFU concluded.