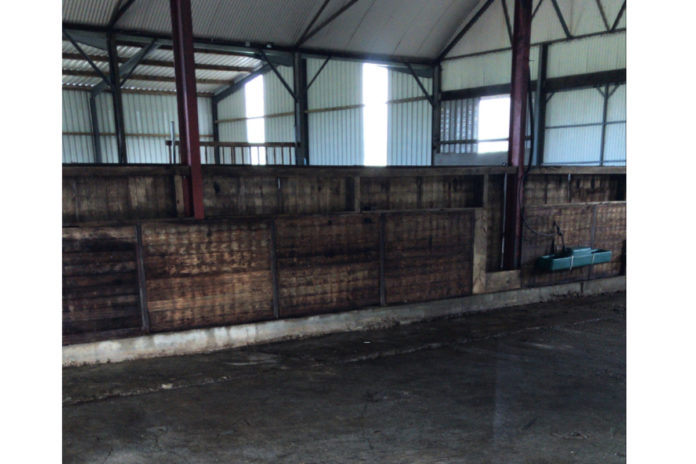 With all the dung out, the main job this week was the washing and disinfecting of the sheds.

Washing the sheds takes time, but I believe this is time well spent to leave the shed right for next year. Getting rid of all the dirt leaves the sheds with a fresh feeling.

When washing I start with the roof sheeting and then trusses, cross timbers, side sheeting and walls are all washed. The amount of dirt and dust that builds up on trusses and timbers after a winter would surprise you.

Once the sheds are washed, we disinfect them to kill any bugs that would have built up over lambing. The factor that I think is most important is giving the shed a break, so getting the dung out early and allowing the shed to be washed is key.

On the sheep side, all the lambs, except for the really young lambs, received their first mineral drench. For this round, we used Growvite.

When we had them in, we ran the ewes and lambs through the footbath. There were a few ewes which were lame and we had to trim their feet.

We had to go in with a second dose for nematodirus on 2 bunches of lambs as they were still showing signs of scouring. This second dose seems to have worked as those lambs that were scouring have now dried up.

On another front, I joined up to Agriaware & Alltech Social media class on Wednesday. I found this to be a great insight into social media use and trends.

As social media is now such a powerful tool in conveying a story or message, we in agriculture have to embrace this and use it as a tool to promote the positive agriculture image, while also being true to who we are as farmers and food producers.