That's FarmingThat\'s Farming Irelands Largest Farming News, Properties and Classifieds Network
HomeFarming NewsFarmer’s Diary: So much wool! What am I going to do? 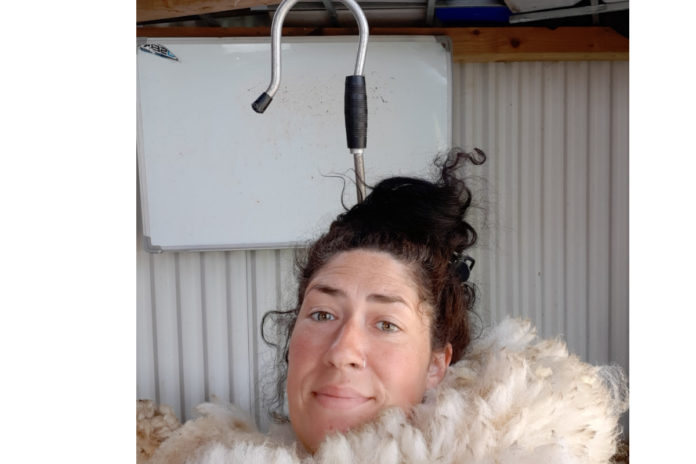 Farmer’s Diary: So much wool! What am I going to do?

After last week’s shearing, I got thinking of experimenting with my own wool.

You know the way you can have lots of ideas but never quite get around to doing half of them?

Well that’s me, and I have wanted to utilise my own flock’s wool for a couple of years now and with the sunny dry weather at present, conditions are perfect to try-out a natural method of washing the raw wool that I have been researching called the suint fermentation method.

This is a cheap, chemical-free way to cleanse the wool before it is processed into yarn for knitting with.

After picking any really funky bits out of the fleece, the wool is soaked in a large container filled with water. It is then covered and left to ferment in its own juices so to speak.

Incidentally, this liquid can be used as a fertiliser on your garden when you’re finished.

The technique uses the grease, or suint naturally found in the sheep’s wool, which acts as a detergent to clean the wool and millions of bacteria present break down small particles of organic matter too.

You may have heard of lanolin, this is a derivative of the suint and, among other uses, it is added to creams due to its ability to lock in and restore moisture.

On the farming side, this week I had to deal with a horrible condition called blowfly strike.

It’s of particular concern with sheep due to their woolliness and becomes a major animal welfare issue if sheep are not checked for and treated against.

I won’t go into too much gruesome detail, but flystrike occurs when the green-bottle fly lays its eggs on an area of damaged skin, a simple cut or wound, or lays in a dirty smelly patch of sheep’s wool.

The eggs hatch into larvae/maggots very quickly and will burrow into the flesh of the animal and can do a considerable amount of damage in a very short space of time.

This condition requires rapid action because if left untreated, yes, you’ve guessed it… like a lot of things sheepy it can prove fatal!

Because of these nasty organisms, I had a severely ill lamb this week. He was just getting over a nasty stomach complaint when I noticed him twitching his tail and trying to bite at his rear end. And wow! Was I glad I copped on… he was literally being eaten alive.

The most effective way to treat flystrike is to physically remove all the maggots, clip and wash the affected area and apply a suitable product to kill any remaining offenders. This wee lamb was very lucky.

The farming year really moves quickly – the next big job on is gathering hay for the winter, and with the poor grass growth, I’m going to need it…soon!

By the way, I got myself a horse, more on that next week folks.