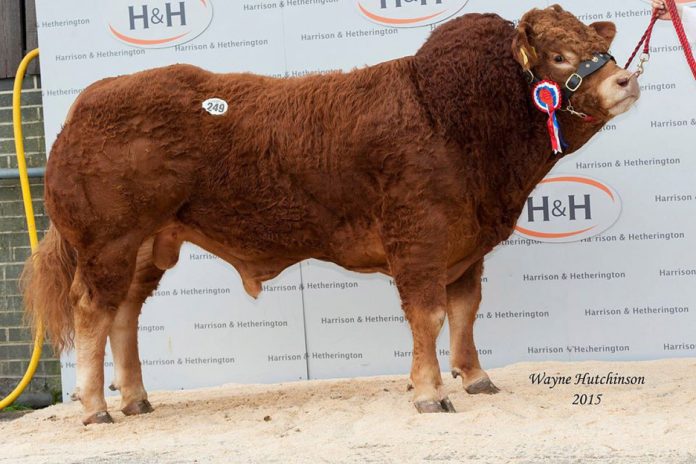 The Gunnerfleet Limousin herd, which is owned by Ian Handley and family, has been sold ahead of its planned dispersal sale.

On social media on January 15th, the owners of the prize-winning herd said that they felt “let down” by the British Limousin Cattle Society over the handling of the Jaegerbomb saga and that a dispersal sale would take place on Saturday, May 16th, 2020 at Borderway Mart, Carilsle.

The Handleys purchased Ballinloan Jaegerbomb for 24,000gns to use on their pedigree herd. The champion AI bull came under the spotlight after there were doubts raised about his parentage.

In a post on social media on Thursday, February 6th, the family said: “Gunnerfleet is announcing that we have sold the Gunnerfleet herd to Garrowby Farms, near York, so, we will no longer be having the dispersal sale at Carlisle in May.”

“We wish Clive Rowland (farm manager) / Garrowby farms all the same success Gunnerfleet has had over the past 35 years.”

“Our last sale for some time will be next week at the Carlisle bull sale, when we hope to sell 6 bulls.”

“A big thank you to all our past customers. We feel we need a break at this present time and concentrate on the job in hand.” the social media post concluded.

- Advertisement -
Previous article
Four seasons in one day at Clonmany Show
Next article
Farmer’s Diary: So much wool! What am I going to do?