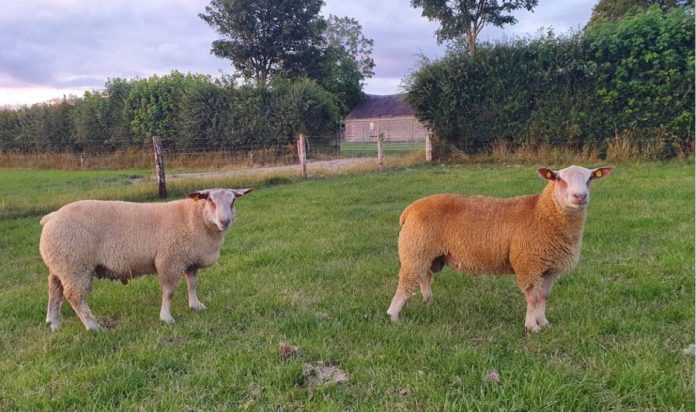 At this time of year, sheep farmers need to look ahead to next Spring to plan their lambing system, writes FRS.

There is no one ‘best’ strategy, farmers need to consider their own resources, farming goals and objectives to decide the best system for them.

Other factors to consider include amount of stock, if the farmer prefers early or late lambing, farm facilities and labour. Some farmers aim to achieve a compact lambing period as it is key to reducing labour costs and having lambs ready for market at the target time.

Ewes are seasonal breeders; they begin to come into heat as daylight hours decrease. The start of the breeding season may vary depending on the breed of sheep but typically farmers can prepare themselves for September/October. Other factors including the temperature can affect the time that ewes come into heat.

A natural method of compact lambing is the ‘ram effect’. For this to be effective, ewes must be separated from rams, including lambs, for at least 28 days.

They must not be able to see, smell or hear male sheep so keeping them on an out-farm is recommended. The reason being rams produce hormones known as pheromones and the ewes are sensitive to these hormones and can trigger their reproductive system to start cycling.

In preparation for lambing season, we encourage farmers to complete all treatments such as dipping, foot care, dosing etc. in advance of introducing the ram. Once mating commences the less stress placed on the ewe the better.

Some farmers also recommend flushing ewes before mating. This is where you increase the nutrients the ewes get prior and during breeding season.

As with the ewes, all checks and corrective treatments for the ram should be completed well in advance of turnout.

As part of the ram effect, farmers can introduce the ram for 48 hours. Some ewes will show a silent heat almost immediately, this is where no outwards symptoms will be displayed. In the following six days, all the ewe’s reproductive cycles will start, and they will also show silent signs of heat.

Some farmers introduce vasectomised ram for the initial stage. Another option is to put a fertile ram in a well-fenced adjoining field or in a trailer in the field of ewes. Farmers can also let the ram out with the ewes if they do not mind some early lambs.

After the initial introduction of the ram, the target date to let him out again will be 14 days later. An average of 30-40pc of the ewes should be cycling at day 17 and the remainder should be cycling in the following six days. Most of the mating would take place over 8 days, farmers should consider their ram power and increasing the ram to ewe ratio to aid their proposed timeline.

Traditionally, the guidelines in Ireland have always been 40-45 ewes per hogget or older ram and 20-25 ewes per ram lamb.

If you are using a young ram, it is suggested to let him off with a small group of ewes first to ensure he is working. You can also rotate rams to ensure the flock is covered.

It is essential for farmers to raddle the rams. This is a simple practice to keep track of the ram and group ewes for expected lambing dates. Start with lighter colours, yellow or orange, and as the season progresses change to a darker colour – green, red or blue.

Watch for repeating ewes and observe rams from a distance to ensure they are performing. Withdraw rams from ewe flock on a particular date putting a definite finish to the mating season.

With farming app, Herdwatch, farmers have a number of tools specific to the herd management of sheep. Cut down on paperwork by recording remedies on the spot, noting group doses and replace Bord Bia and Blue Book. To find out more, visit here.

- Advertisement -
Previous article
‘Contracting can be a tough gig, but dealing with good people makes it worthwhile’
Next article
33-acre residential has €500,000 guide price