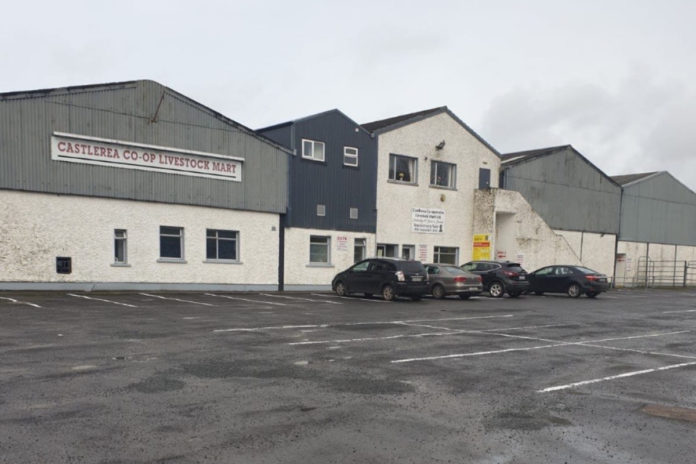 According to Brendan Egan, weather conditions led to a smaller entry of cattle at Castlerea Mart on Thursday, August 26th, 2021.

The mart manager reported that there was no “no change in trade or prices” as demand remained “very strong” with a blend of ringside, online and northern activity.

Egan commented: “The bullock ring recorded an excellent clearance for both stores and heavier lots.”

“The heifer ring noticed good demand also this week while dry cows peaked at €2,100. €2,400 was forked out for an 8-year-old Limousin cow and her January-born bull calf at foot.”

“The weanling trade has started out very brightly also with bulls peaking at €3.28/kg and heifers at €3.26/kg. Calves and runners recorded an excellent clearance with increased farmer activity,” he added.

According to Brendan Egan, a “large” entry of cattle went under the hammer at Castlerea Mart on Thursday, August 19th, 2021.

The mart manager reported that trade for both bullocks and heifers “held extremely well”.

“Calves and runners are in strong demand at the moment. The weanling rings are noticing very strong demand also as numbers on offer start to increase,” Egan concluded.

Read the report in full.

- Advertisement -
Previous article
‘If you keep all your bills paid, you should be able to take a wage’ – contractor
Next article
Breeder gifts 9 Highland cows to farmer after cow dies in dog attack