Brendan, who is married to Elaine and has two daughters: Ciara (19) and Leah (16), plays an integral role as a manager at Castlerea Mart in Co. Roscommon.

The 57-year-old Ballymoe native farms twenty livestock on a 45-acre suckler and beef farm and contributes to his local sporting events.

In 1981, Brendan left school in Glenamaddy, and from there, began working in the mart, clerking. He moved to fill his current managerial role in 2012, which has made him the second person to secure this role since the mart opened.

“The vacancy just came up; there only had been two managers in Castlerea; Noel Moran started it in 1976. I never saw myself in it [a managerial role] at the time, but the opportunity came up, and that was it.” 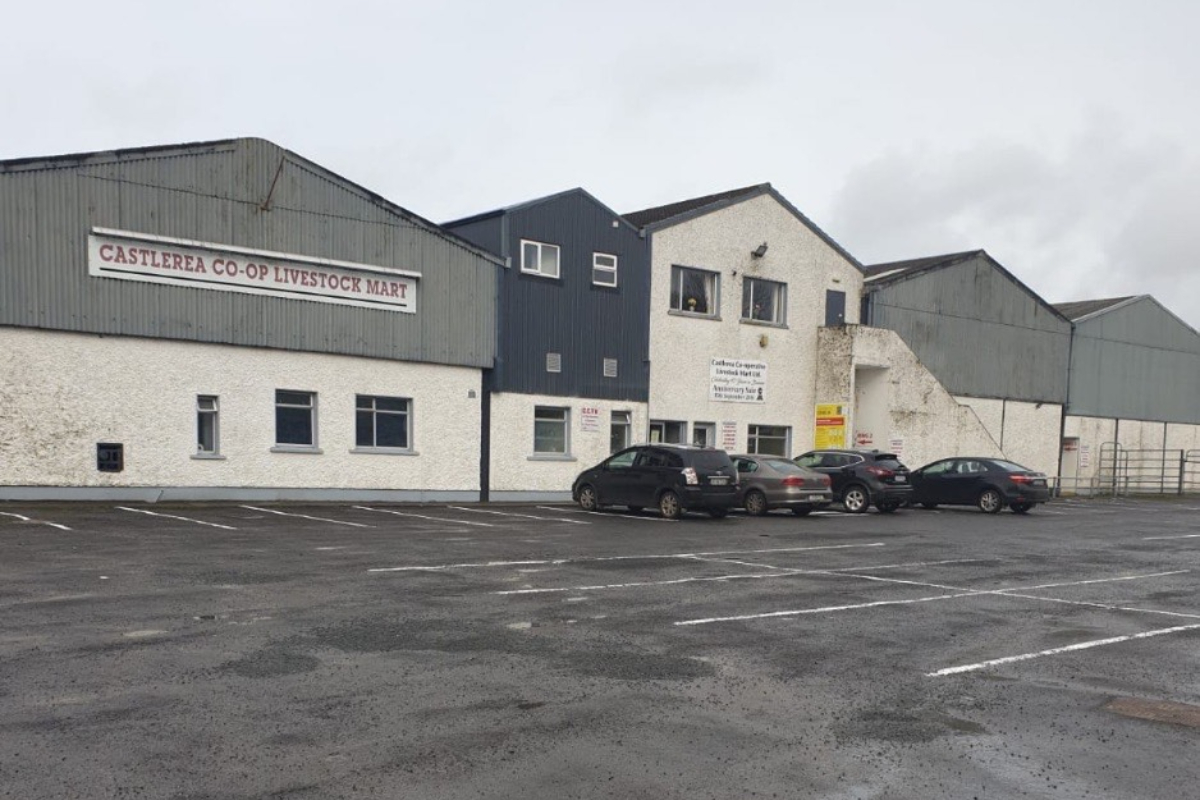 Today, the Co. Roscommon-based mart, operates a three ring system. This was not the case in 1976, when it first opened but, gradually they have built the other two rings.

Sales commence each Thursday with bullocks and weanling sales starting in mid-March to October.

The mart employs three permanent staff: Siobhan Earley, Sheila Caulfield and Joe Ryan, who is the foreman. At peak times, the mart employs over thirty people as the sale numbers increase.

Each year, the mart takes in more than 33,000 livestock through its gates. The current weekly figures are 460, lots with these figures increasing since Christmas.

“In ring one, we have bullocks followed by the bull weanlings. In ring two, we have heifers followed by heifer weanlings. Down in ring three, we start with the suck calves, runners, cows with calves, springers and dry cows.”

“On a typical sale morning, we start taking in at 8:00.am and try to get the vast majority of the stock in before 10 am. We have a viewing period from 10 am-11 am and clear the yard before the sale at 11am.”

“We get the three rings started at eleven o clock and then deal with customers, buyers and sellers over the course of the day.

“Then, when the sale is over, you allocate cattle to the buyers and get them gathered for them. Maybe, if you had cattle going north, you would be getting them ready for testing and exporting.”

“Your normal day finishes around 7 pm. We are an export facility, and we export a lot of cattle to Northern Ireland. When you close the door at Christmas, and you have had no bad accidents or anybody injured, it is always a good year.”

According to Brendan, virtual bidding is the “new normal” that will remain after the pandemic has concluded. He noted that its advantages from a sale point of view, means customers can buy cattle from any distance from the mart.

“It has taken people time to adjust to it and get used to it. It is working out successfully enough at the moment. We are blessed with the trade, the way it is at the moment too.”

“It has its teething problems. At least, we are open and running; it is not the same as it was with people around the ring.”

“This time of year, you would have the place packed with buyers trying to source cattle for summer feeding. But nowadays, you have no-one there all buying them off their phones.”

Challenges and the future

According to Brendan, the drystock and suckler markets, are competitive and beef prices are low. Since the dawning of a new year, he has noticed a decline in suckler numbers intake but an increase in other categories of continental cattle bookings.

“It has been very difficult for the beef finishers to make a profit on it and buy the store cattle off us in the west and try to make money with the current beef prices. I do not think the problem has gone away; it is still a problem, and it is something we are going to have to deal with.

Looking ahead, Brendan is very confident with the mart operations and happy to continue. He highlighted that the mart plays a considerable role in their local economy, which is vital for the hospitality sector and other businesses.

“The main business in any town is mart day, and it brings a power of people into the town. It is very important for the local economies here.”

“We only came to realise how important it was when lockdown came last March. We were closed for several weeks, and it made a difference to the town. The town of Castlerea would be closed when you take the mart out of it.” Brendan Egan concluded.

- Advertisement -
Previous article
‘We only generate income between August and December and claim no subsidies’
Next article
VIDEO: Farmer Phil ‘cutting out the middleman’ by selling beef direct