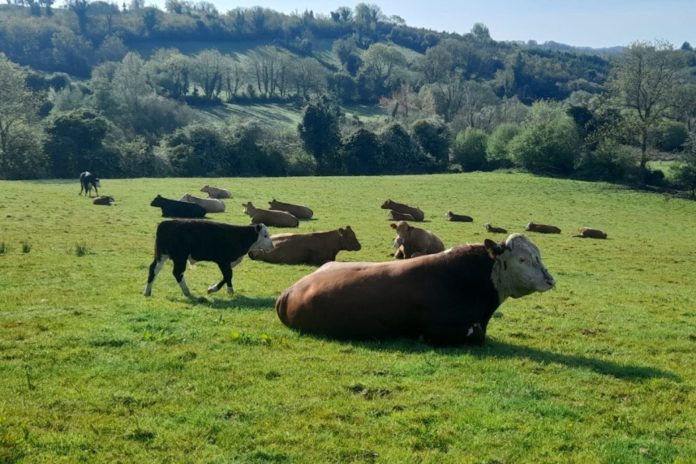 Opinion: Before we start doing anything to counter climate change, we must get the maths right

Ireland has pledged to be carbon neutral by 2050, not to have zero emissions, writes Beef Plan’s environment committee.

By definition, carbon neutrality means that we will sequester as much carbon as we emit.

Before we start doing anything to counter climate change, we must get the maths right. If we do not, there will be no buy-in from farmers or the general public.

Regrettably, the government has taken the stance we are only going to look at one side of the carbon equation.

The attitude seems to be teacher knows best; by just tackling one side of the equation, we can work towards a solution.

Beef Plan’s message to the minister and the Taoiseach is quite simple.

Farming is one of the few sectors that can remove carbon from the atmosphere, but it has to be allowed to offset the removal of carbon against its emissions.

The government is quite confident that it can calculate the quantity of carbon that farmers are emitting.

However, when it comes to the quantity of carbon that farmers are removing, they say they will only be able to calculate this in 5 years’ time.

Convenient, to say the least, but this will not wash with farmers

The science is there now and has been for several years. Therefore, Beef Plan’s message to the government is simple: stop trying to hoodwink farmers and the general public.

Allow farmers for the carbon they remove from the atmosphere through their grazed grasslands, hedgerows, and woodlands.

Any plan will only work if it is accepted as fair by all those expected to take part.

If this country is to become carbon neutral, then every sector has to be treated equally.

Every sector has to play its part in getting as close to carbon neutrality for their sector as is possible.

If the government goes down the road of rewarding sectors that remove carbon and penalising sectors that emit carbon, then penalties and rewards must apply equally across all sectors.

However, the first thing the government must do on its path to a carbon-neutral country is get the maths right.

- Advertisement -
Previous articleVIDEO: Heifers to €2,980 at Balla Mart
Next articleDiary: Terrific prices for ram lambs and support for farming women