That's FarmingThat\'s Farming Irelands Largest Farming News, Properties and Classifieds Network
HomeBeef‘Try to get children out of the habitat of petting calves’ 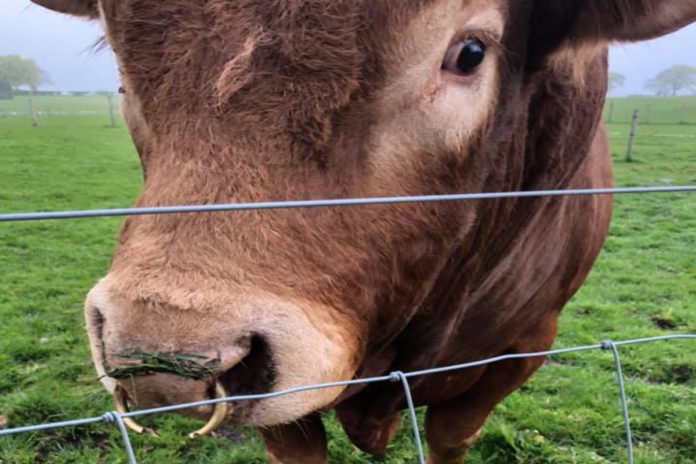 ‘Try to get children out of the habitat of petting calves’

“All bulls are potential killers, even seemingly quiet bulls,” an agricultural advisor has stressed in a bid to warn farmers of their ever-present danger on farms.

He stressed that bull handlers must be over 18, fit, healthy agile, trained and competent and should treat bulls with caution and respect at all times;

Caslin added that older farmers are most at risk due to reduced mobility and speed, and all bull handlers should be able to “move at their ease with the animal”.

During the state agency’s virtual session, he stressed that bull’s temperaments change as they mature – playful aggression as a yearling to defensive, territorial aggression as a 2 or 3-year-old.

In line with this, Caslin also highlighted how practices from an animal’s early life can directly influence their behaviour as mature bulls and cows.

Capitalising on this, he commented: “As pedigree breeders, we try to encourage children not to pet pedigree calves or any sort of calf for that matter.”

“If there were petted as calves, they kind of get used to it. They come up to you for petting as a bull and can do you serious damage.”

“Try to get children out of the habitat of petting calves, especially bull calves or females that you are keeping on as cows,” he stressed.

- Advertisement -
Previous article
New TB testing rules: What mart buyers & sellers need to know
Next article
‘Do not put a bull in a dark shed on his own where he cannot see anything’