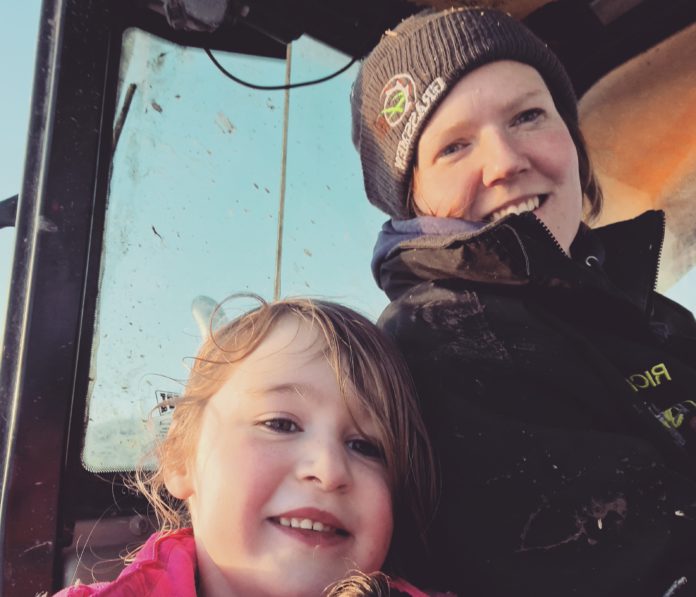 In this week’s sheep segment, That’s Farming, speaks to Samantha Shuttleworth about establishing a farm from scratch and farming their 950-ewe and 30-strong suckler herd without subsidies.

February 2019 marked a significant milestone in the lives of Samantha Shuttleworth (29) and Oliver Brown (27), who finally got the key to their own 500-acre hill farm after a ten-year wait.

Samantha and Oliver, North Yorkshire, both hail from agricultural backgrounds and worked on farms before “we managed to get one of our own”.

“We built everything from scratch; we have had no help whatsoever. I worked on the family dairy farm from as far back as I can remember.” Samantha told That’s Farming.

“My earliest memories of farming are milking with my grandad and uncle and feeding calves. Oliver started his own agricultural business with beef and sheep at the age of eighteen in partnership with his brother, Peter, who was sixteen at the time.” 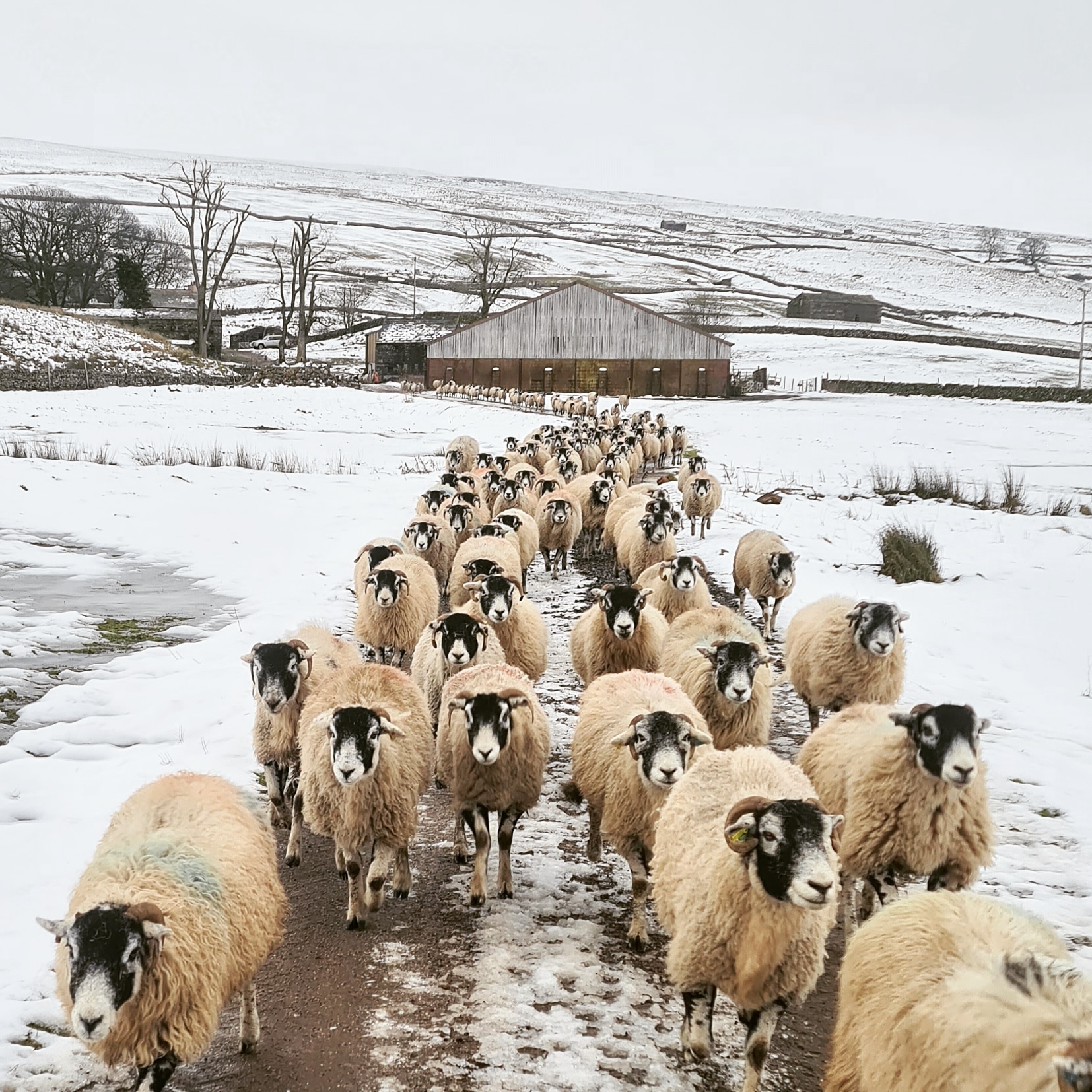 Brown and Shuttleworth have embarked on a progressive journey with their four children: Mabel (6), Lilly (5), Nancy (18-months) and Jimmy (5 months), to build their own farming empire.

Having acquired the upland holding in recent years, and grazing rights to three commons, they have increased the herd size to 30 suckler cows and have doubled their sheep numbers to 950 ewes.

They retain some heifers as replacements and sell the remaining progeny at 6-7-months-old at autumn sales.

“Our ideal cow is one that is suitable for the hills, is well-made, not too big, but hardy, long and milky. Generally, our preferred weight range would be 500-600 kilos.”

“We like to have them with a calf at foot at 2.5-3 years old depending on their growth rates. Cows have one chance, and if they put a foot wrong, they are gone. There is no room for sentiment in farming.” 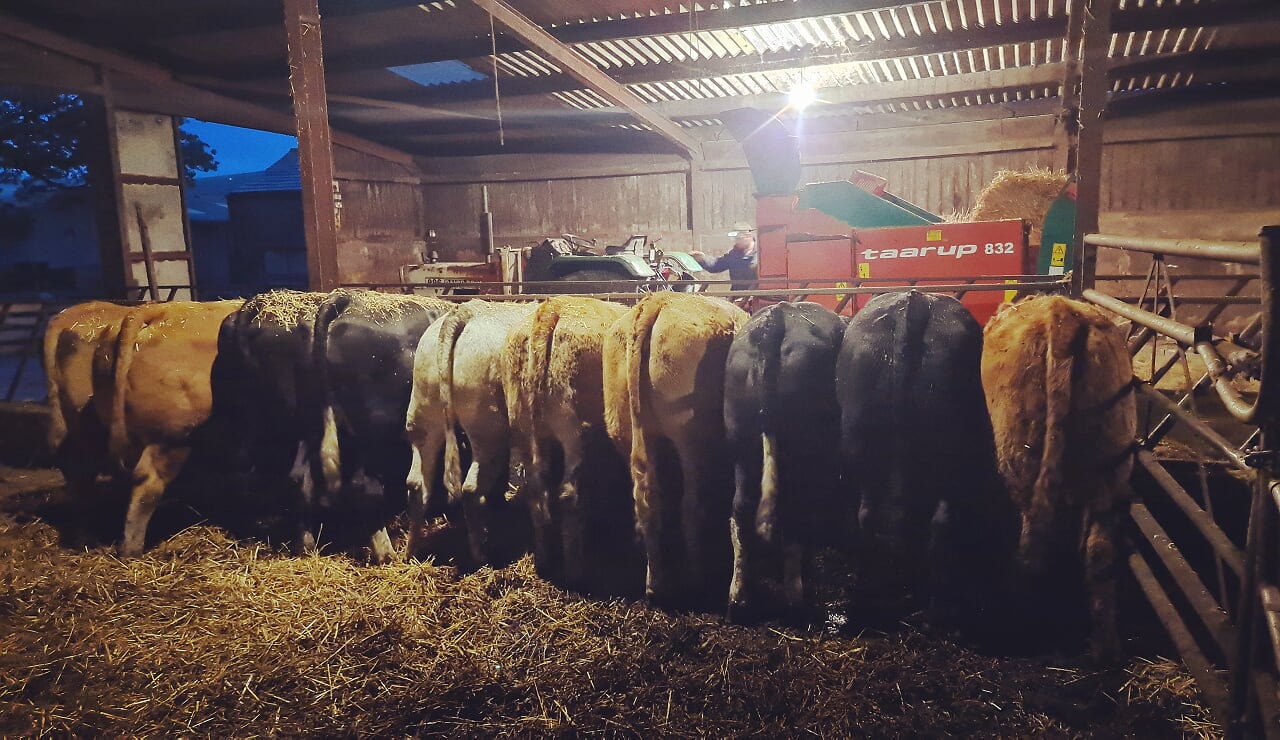 In Samantha’s view, suckler and sheep farming complement each other, from both a managerial and cash flow point of view.

Due to this hill farm’s nature, lambing gets underway in April, with a view to turning pairs out to pasture immediately, where circumstances allow.

Their flock comprises mainly Swaledales, Cheviots, Herdwicks, and some Mule and Texel-crosses, which are bred to Swaledales, Beltex, Cheviot and Herdwick rams.

“Generally, we tend to buy in our tups. We flush and scan ewes and keep replacements that are good enough. Then, we sell any of the ones that are not.”

“We do have a lot of grass on our enterprise, being a hardy hill farm, so we rely on land away to help with our land management.”

“If you know your sheep, their condition, and your farm, you are on a winner. If you get them away at the right time and understand your costings, you cannot go far wrong.” 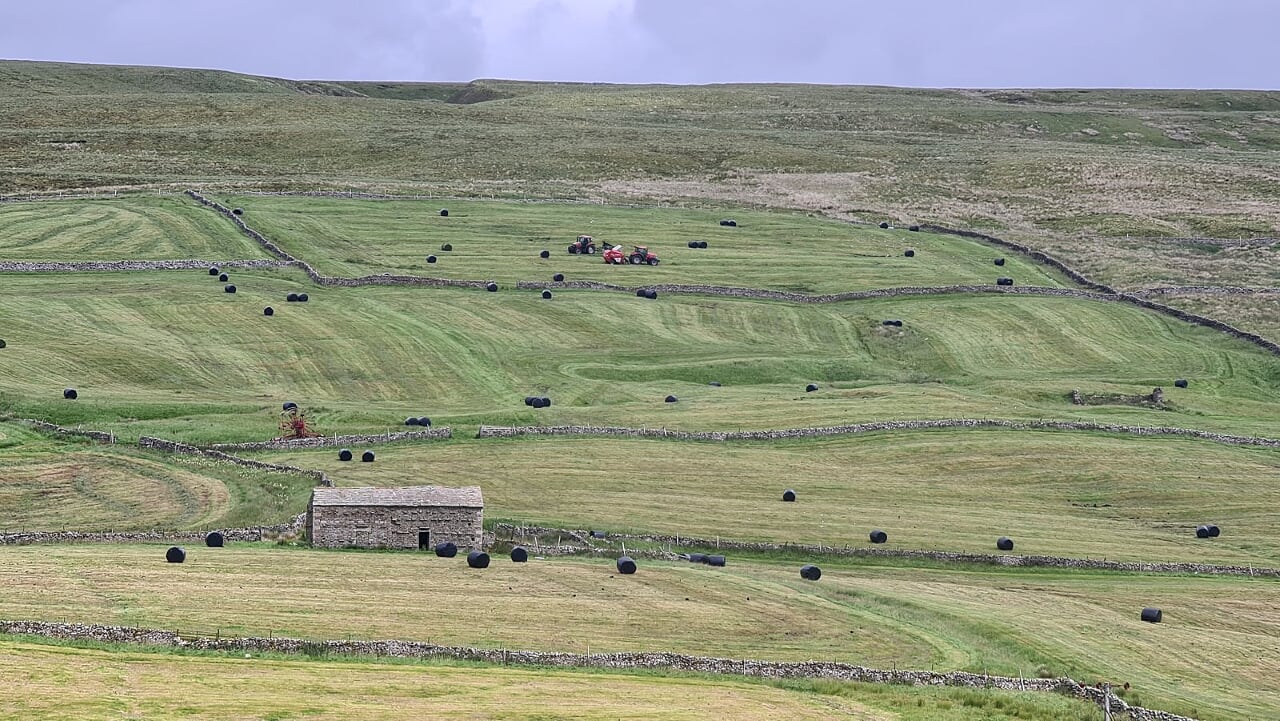 They are both employed off-farm; Samantha works one-day-a-week walling and two days per week on a farm, while Oliver also works on a neighbouring farm.

Oliver is the boss, stockman and decision-maker, while everyone else has their tasks; according to Samantha, who stated: “we do things together most of the time and all chip in, to work together”.

Oliver’s brother, Peter, plays a big part in the farm’s day-to-day running as they have “always worked together and started from the bottom together”.

“We took the farm on a 10-year farm business tenancy and do not claim a penny in payments. We took the tenancy on the condition that we did not claim the subsidies, but the landlord does.”

“Trying to make ends meet, farming with no subsidies is the biggest challenge, but we have been doing this for quite a number of years now and seem to be managing.”

“We only generate income between August and December, and it a long time between then and the other months.” 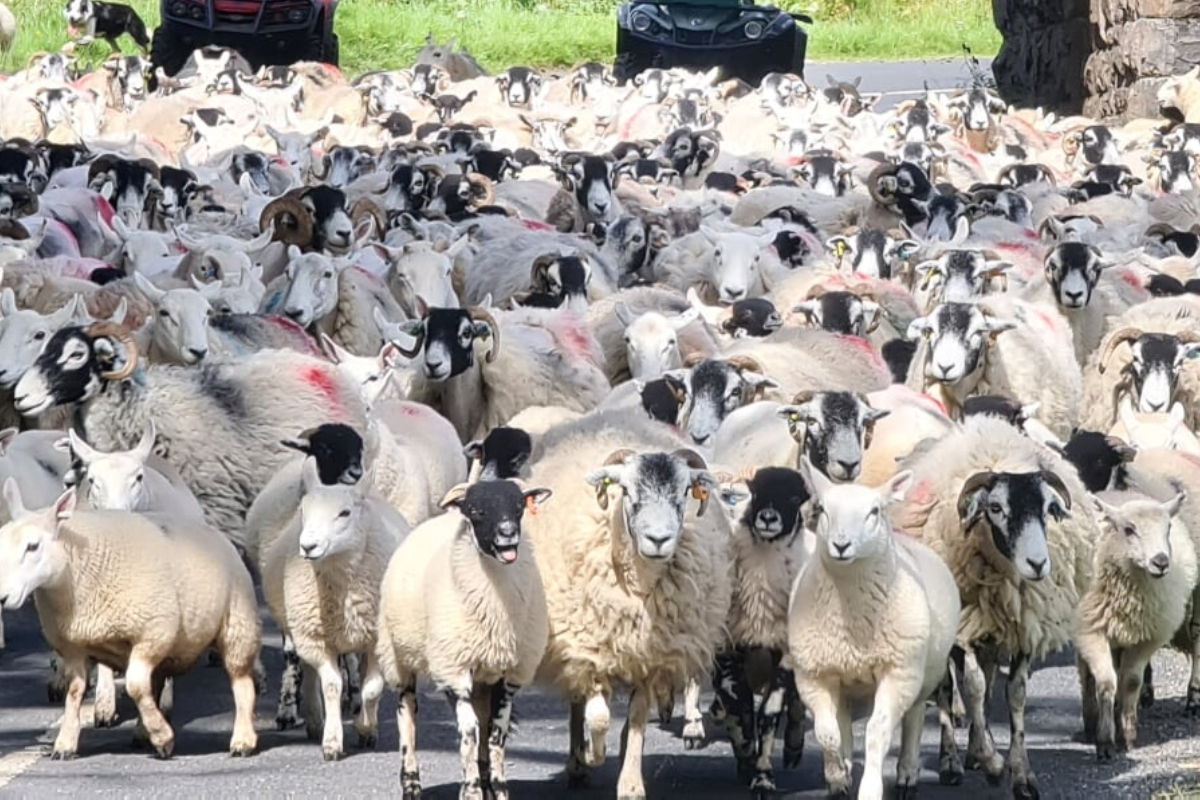 Despite that being said, their next goal is to purchase the farm.

“We started at the bottom with nothing and now achieved our dream, a family dream that we always wanted. Furthermore, we want to grow as much as we can.

“Farming has always been in my blood, from way back when I was learning the ropes on the family farm, lambing ewes and milking cows from a young age.”

“Fast forward, and now, I have taken on a 500-acre hill farm in the Yorkshire Dales with my partner of eleven years and four children,” Samantha concluded.

- Advertisement -
Previous article
From Kenya to Sligo: ‘I have no regrets about deer farming’
Next article
‘The town of Castlerea would be closed when you take the mart out of it’