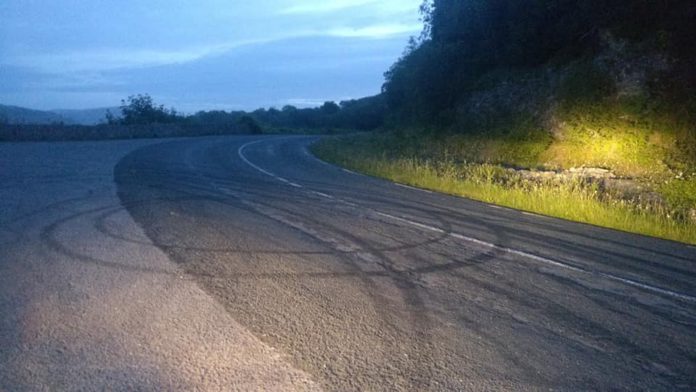 Gardaí have received reports of vehicles driving dangerously in Leitrim, near Parkes Castle.

Members of the force said they spoke to a number of young people who were “polite and courteous” in a bid to curtail the “ongoing” issue.

In a post on the Facebook page of Garda Síochána Sligo/Leitrim, a spokesperson, said: “Some Gardaí may or may not like doughnuts, but they definitely do not like the kind on the public roads.”

“Although there was no evidence that these young people were involved on this occasion, they were advised of some of the dangers with this sort of activity.”

“Nothing wrong with young people meeting up in their local areas as long as they do so safely. The last thing anybody wants is road users being put in danger.”

“A word of caution to anyone carrying out these type of offences, that they may face a court appearance which could possibly result in losing their licence.” the social media post concluded.