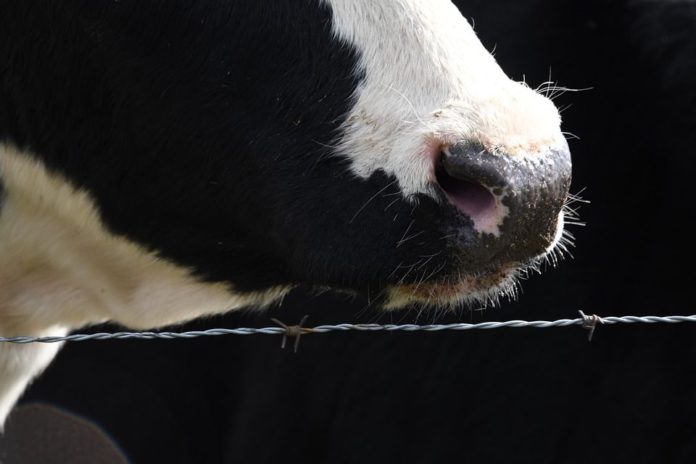 Bovaer®, a new methane-reducing feed additive, will be available in Europe shortly.

DSM has announced that it has recently filed for registration for the product for use in Europe. As a result, it anticipates a launch in “late 2021”.

EU farmers can avail of the novel product as soon as it is granted market authorisation.

The company views Bovaer® as a “scientifically proven effective solution to the challenge of methane emissions by farming”.

The product works by suppressing the enzyme that triggers methane production in a cow’s rumen.

The firm said it “takes effect immediately and is safely broken down in the cow’s normal digestive system into compounds already naturally present in the cow’s stomach”.

It believes its feed additive contributes to a “significant and immediate” reduction of the environmental footprint of meat, milk and dairy products.

It claimed that just a quarter-teaspoon of Bovaer® per cow per day “consistently” reduces enteric methane emissions by approximately 30% for dairy cows.

This, in turn, it highlighted, enables a 10-12% reduction in greenhouse gas emissions per kilo of milk.

Furthermore, it also claimed that it could reduce higher percentages (up to 90%) for beef cows.

It suggested that the feed additive is also suitable for other animals, including deer, sheep and goats.

The company claimed the product is the “most extensively studied and scientifically proven solution to the challenge of burped methane to date”.

The ten-year endeavour to develop this involved 45 on-farm trials in 13 countries across four continents. It also involved 48 peer-reviewed studies in independent scientific journals.

During this period, it did not identify any negative impacts on feed consumption, performance or animal welfare.

It plans to realise a large scale production capacity for Bovaer with a new plant at its existing site in Dalry, Scotland.

The company highlighted that reducing methane emissions is “crucial” to reach the Paris Agreement target of a maximum of 1.5 degrees warming.

“Therefore, eliminating methane will pay off right away.”

“Amongst other things, methane is emitted from cows. Over 50% of emissions from milk production comes in the form of enteric methane emission.”