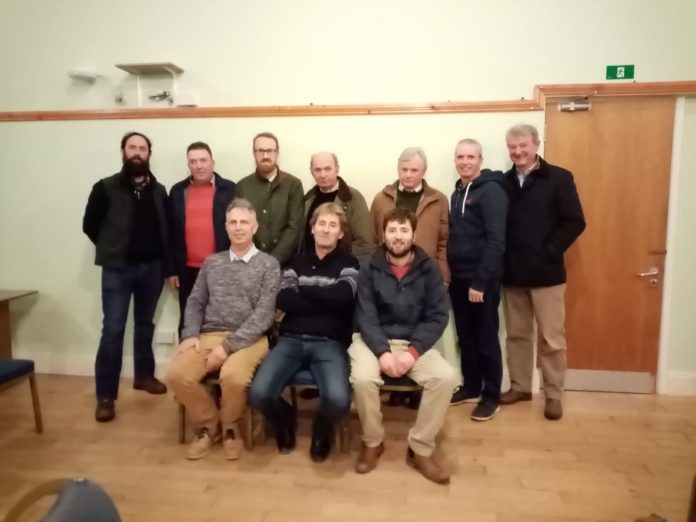 Meath Beef Plan held its AGM on Tuesday, January 14th, according to a statement from Eamon Corley.

He said that it was a “constructive” meeting considering the challenges facing beef farmers and the organisation’s internal challenges.

He explained that the following officers were elected;

Corley explained that another motion for Beef Plan Meath to run a candidate in the current election failed. “One of the reasons for its defeat was that the funds to support such a campaign were not in place.”

“The support of a number of TDs and councillors was acknowledged during the factory protests. Equally, the absence of support from other TDs was also raised.”

An account was given of the beef plan activities over the previous year, including the establishment of purchasing group to lower input costs and the formation of Emerald Isle Beef Producers.

The PO, Corley outlined, is now selling cattle, enabling farmers to “come together and take back some control” as regards maximising the price for their produce.

Corley made reference to the internal politics within Beef Plan. “The elections of county committees nationwide and putting candidates forward that were willing to concentrate on the challenges facing farmers, rather than trying to undermine fellow committee members, would be an important step towards sorting out the current difficulties.”

Hugh Doyle decided to take a step back from the role of vice-chair, but after receiving “unanimous support” from the room, he reconsidered and was duly elected Meath vice-chairman.

“He also mentioned the serious injuries sustained by Longwood farmer, Ollie Dixon, during the factory protests in Slane and the members present wished that Ollie would continue to make progress in his bid to recover from his injuries.”

“It was agreed that Councillor Eugene Cassidy’s proposal to put forward that vet fees charged at factories should be paid by the factory and not the farmers. Peadar Tobin’s minimum pricing bill came in for special praise.”

How the organisation would now go about seeking a “viable” solution to the current “unsustainable” beef prices also sparked discussion.

“It was agreed that collective thought from grass-root farmers would have to go into this over the next few months.” the statement concluded.