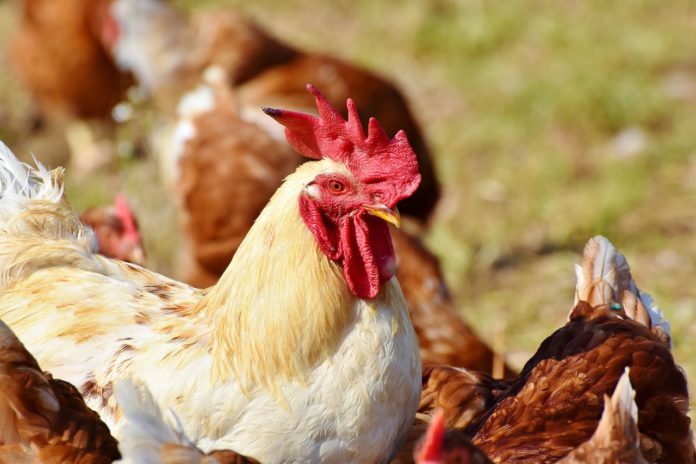 The DAFM has confirmed that Avian Influenza H5N1 has been detected in a turkey flock in County Monaghan.

Test results identified evidence of the virus in samples from the flock.

In a statement on Saturday, November 20th, 2021, a spokesperson for the department said:

“As a consequence, restriction zones are being set up around the area where additional movement control and surveillance measures will be put in place.”

Outbreaks of highly pathogenic avian influenza have also been identified in poultry flocks in the following since early October:

“It is important to note that there is no evidence of risk associated with consumption of poultry meat or poultry meat products,” the DAFM added,

The Health Protection Surveillance Centre confirmed that the H5N1 subtype can cause serious disease in poultry and other birds. However, no human infections with this virus have been reported in Europe.

“Therefore, the risk to humans is considered to be very low,” the DAFM added.

Members of the public are advised not to handle sick or dead wild birds and to report sick of dead wild birds to the Regional Veterinary Office or contact the department’s disease hotline on 01 492 8026.

Birdwatch Ireland, the National Parks and Wildlife Service and the National Association of Regional Game Councils have an early warning system for surveillance for signs of disease in wild birds.

The DAFM reinforces the need for vigilance and biosecurity and advises strict adherence to the precautionary measures against avian influenza (bird flu) recently introduced in regulations under the Animal Health and Welfare Act 2013.

These regulations require all poultry keepers and other captive bird flocks to implement specific biosecurity measures.

The DAFM stressed that irrespective of size, keepers are required to help mitigate the risk of infection of their poultry from the virus.

Furthermore, flock-owners in respect of flocks of 500 birds or more will have to implement additional enhanced biosecurity measures.

To further mitigate the risk of spread within the poultry sector, Minister McConalogue has made regulations under the Animal Health and Welfare Act 2013.

This requires flock keepers to confine all poultry and captive birds in their possession or under their control in a secure building, to which wild birds or other animals do not have access, and to apply particular bio-security measures.

Concluding, the department said it continues to “closely” monitor and assess the disease situation.

Furthermore, it is in “regular” contact with industry stakeholders and colleagues in Northern Ireland.

- Advertisement -
Previous article‘Every policy of this government is designed to reduce production’
Next articleUp to €4.00/kg for lambs in ‘electric’ trade at Cootehill