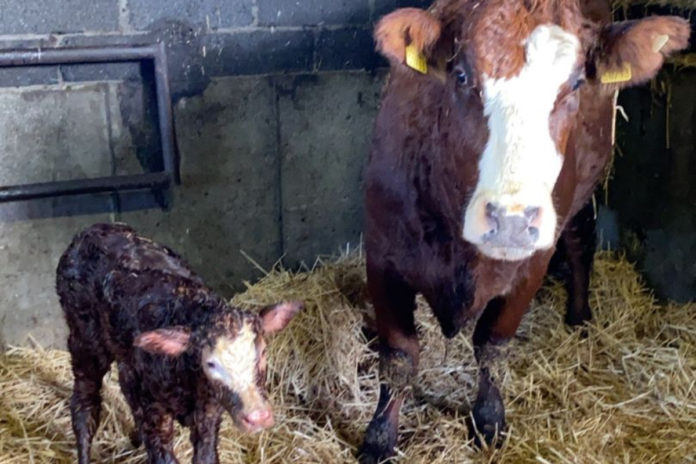 Animal health business, Agrimin, has developed a new bolus that will provide “all key” nutrients cattle need and help farmers overcome the challenges they face in maximising the potential of dairy and beef herds.

Its latest product release comes in response to its efforts to help farmers tackle the “hidden” issue of a “significant” shortfall of Vitamin E in UK cattle.

Research shows that 75% of dairy cows have a shortfall of Vitamin E at some point of the production cycle.

The research also highlights that in addition to the shortfall of Vitamin E – which rises to as much as 97% in very early lactation dairy cows – 89% of UK grazed grass is deficient in selenium.

Both are “crucial” antioxidants that are “critical” for cattle health in periods of stress.

Research shows that cows rarely get up to the recommended levels, meaning both the cow and the calf are not fulfilling their maximum potential.

“That means they are not fully recovered and operating at their full potential”.

The ESey BREEDER and ESey FINISHER boluses provide dairy cows and beef cattle with the recommended levels of vitamin E and selenium they need in periods of stress, such as transition and calving.

According to the company, they supply the animal’s full daily requirement of each for approximately 60 days.

The ESey range is a new antioxidant bolus that is designed to support cattle during the transition period when the cow is under stress and when vitamin E levels fall at calving.

According to the company, it contains a combination of vitamin E, selenium and grape extract and is intended for adult cattle on grass or forage-based diets with a liveweight of over 400 kg.

Harvey commented: “Antioxidants protect cells from oxidative stress, which is key during recovery in periods of stress, which can include hot weather, changes in the diet and calving.”

“The antioxidants in the bolus optimise the immune system in cattle and colostrum quality, accelerating calf development and reducing the incidence of scour. They also optimise liveweight gain and meat quality.”

The bolus can be used at any time of year but is designed for periods of stress, including transition, pre-calving, at calving or periods of heat stress too, the company added.

Half of all antioxidant activity comes from Vitamin E, and the grape extract in the bolus multiplies the effect of Vitamin E, ensuring the bolus delivers everything the cow needs.