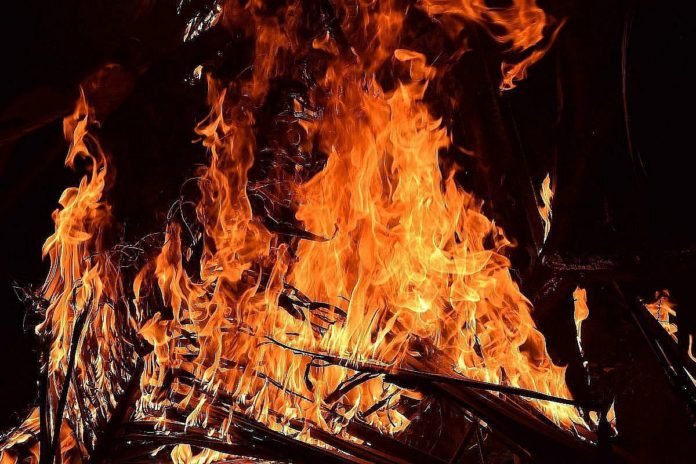 Approximately 6,000 chickens have been killed after a fire broke out in a large farm shed in Co. Tyrone.

“Firefighters worked hard in challenging conditions to prevent the fire spreading and used three jets to extinguish the blaze.”

“Approximately 6,000 chickens were killed in the incident. The cause of the fire is believed to have been accidental ignition and the incident was dealt with by 2.33am on Monday, September 14th.” the spokesperson concluded.

Meanwhile, up to 2,000 pigs were killed and one male has been injured after a fire broke out on a farm in Co. Down on Monday, September 7th, as reported by us here.

At 8.54pm, firefighters were called to a fire involving a large farm shed on the Carrigenagh Road in Kilkeel.

“Firefighters worked in difficult conditions to prevent the fire spreading to adjacent buildings, however, it is believed that approximately 1500 – 2000 pigs have perished as result of the blaze.”

“One male casualty suffered minor burns during the incident.”

The fire was brought under control by 11:50 pm and the cause of the fire is believed to be accidental ignition, the spokesperson confirmed.

- Advertisement -
Previous article
Getting married over the next three months?
Next article
Tips for an effective cattle worming strategy