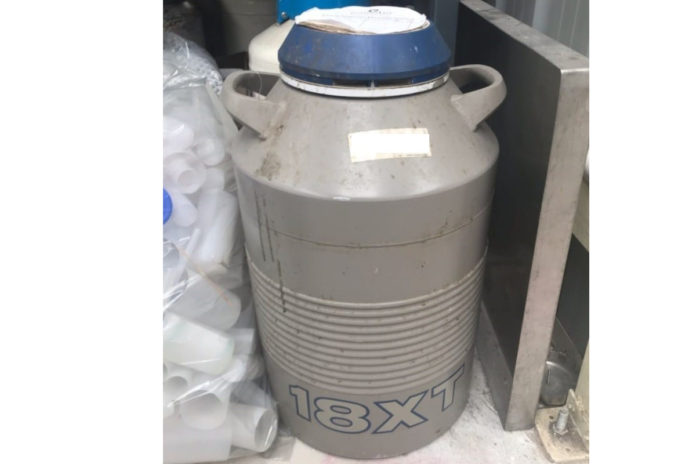 Gardaí in Co. Cork have reported an incident of theft from a farmyard.

5 containers of liquid nitrogen were taken in the incident, which is believed to have occurred between 1.00 am and 7.30 am on Tuesday, May 5th.

The containers were removed using an Ifor Williams trailer, which was also taken from the premises in Killeagh, along with other specialised farm machinery.

Midleton Garda Station is currently investigating the incident and is appealing to anyone with information.

They have warned that anyone who comes across these stolen goods should not interfere with the containers, as liquid nitrogen can cause severe burns when in contact with skin.

It is colourless, odourless and tasteless and can suffocate if released in a confined space, according to a Garda spokesperson.

At the time of writing, no arrests have been made and the investigation is ongoing.