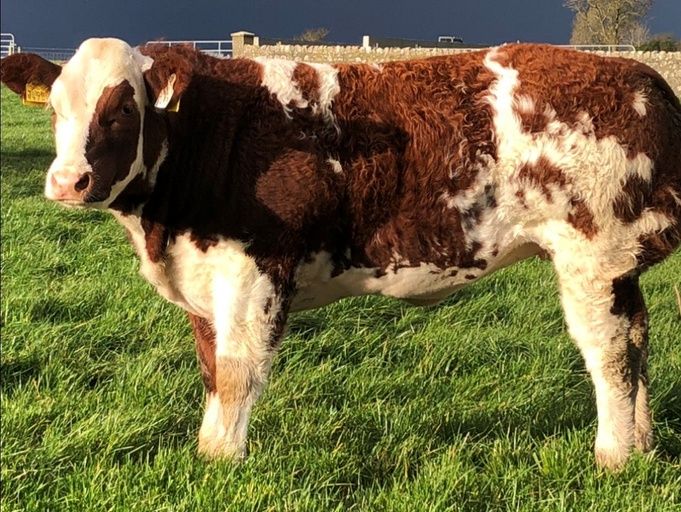 Prices ranged from €2,400 to €52,500 at the McGee family’s online sale in conjunction with Mart Eye and Mid-Tipp Mart, which drew to a close earlier tonight (Monday).

As reported by That’s Farming, a pedigree registered Belgian Blue bull headed up the sale, which reported a full clearance.

Topping the female category at €22,500 (main image) was lot 1, Pretender to the Crown, a March-2022-born red and white Belgian Blue-cross.

The McGees believe that “it is only a matter of time before she surpasses her mother and takes her mantle as one of the true greats”.

They said: “Whilst we would love that to happen to here, it is with a heavy heart we offer her for sale, in the hope that a heavy pocket might go some way to easing the loss.”

“She is as near as it gets to perfection for a foundation flushing female. With a sire stack behind her second to none, she is undoubtedly destined for great things,” they remarked.

According to the family, she “has the full package, including enormous scale and power for her age, something lacking in many potential donor females nowadays”. 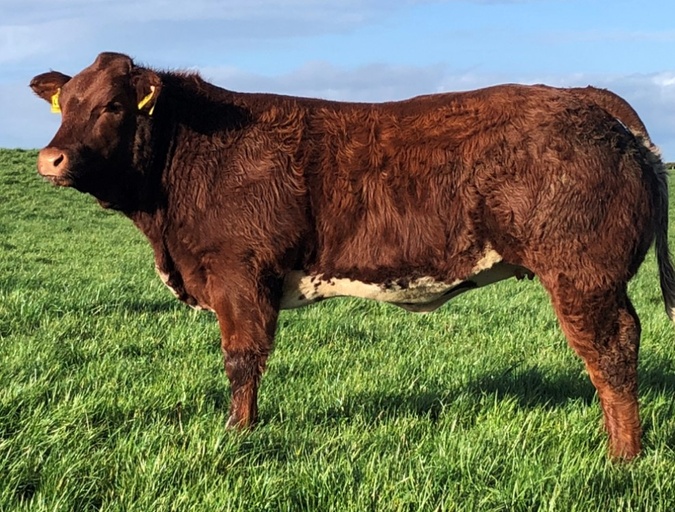 The next highest-priced heifer at €8,200 was Globetrotter, lot number 3, which was born in February of this year.

The family said she “deserves to be haltered and brought to see lots more of the world” as she is a “super stylish, sweet calf with a head to die for”.

She is the first heifer calf to be born from the farm’s Ampertaine Lance bred-stockbull and a “hard-working” dam who “earns her right in our top ten”. 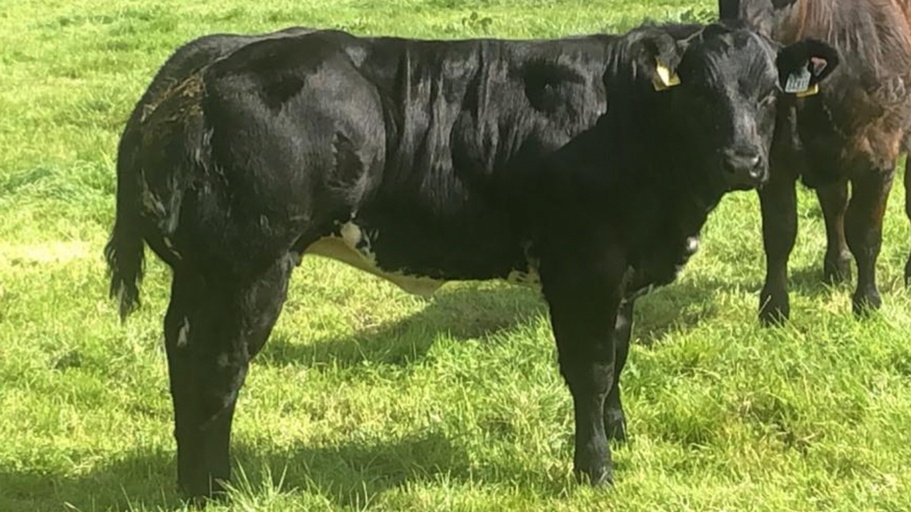 According to the family, this heifer is “sure to leave her mark,”. She has has “real width and squareness”, and her “distinct markings are shared by all her predecessors”.

At the same price tag was lot 20, Square Peg Round Hole, a March-2022-born Charolais-sired calf, a CF52 daughter out of a Limousin-cross dam, that the family imported from Wales.

They said that this heifer has “everything, pure raw power, colour, bone, hair, length, width and serious plates; the perfect fit if you are looking to produce top-end show calves”. 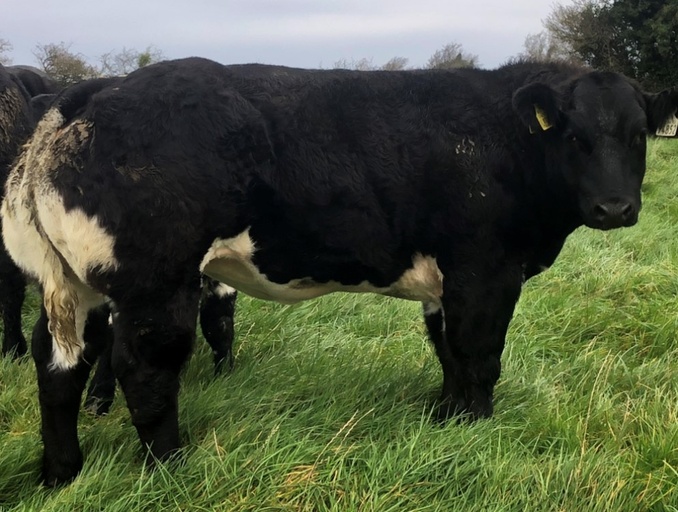 She is out of a pure red and white stock bull and has been decribed as a “real head turner”. 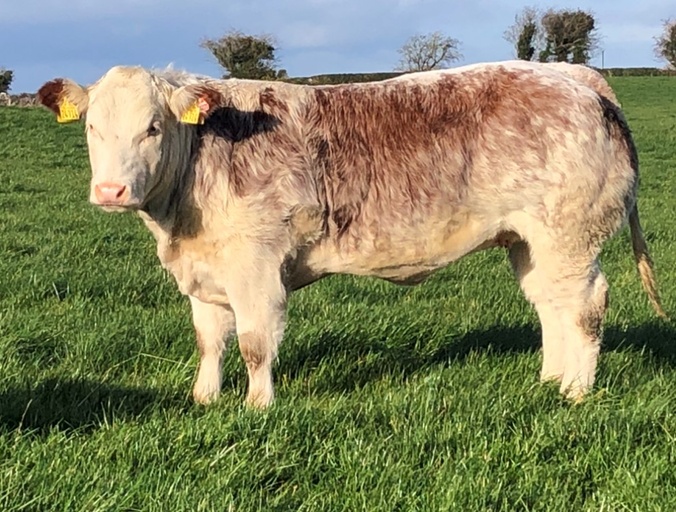 They described her as a full pedigree Belgian Blue heifer with “extreme muscling but size to go with it” that would make for “a fine foundation female for a blue enthusiast”. 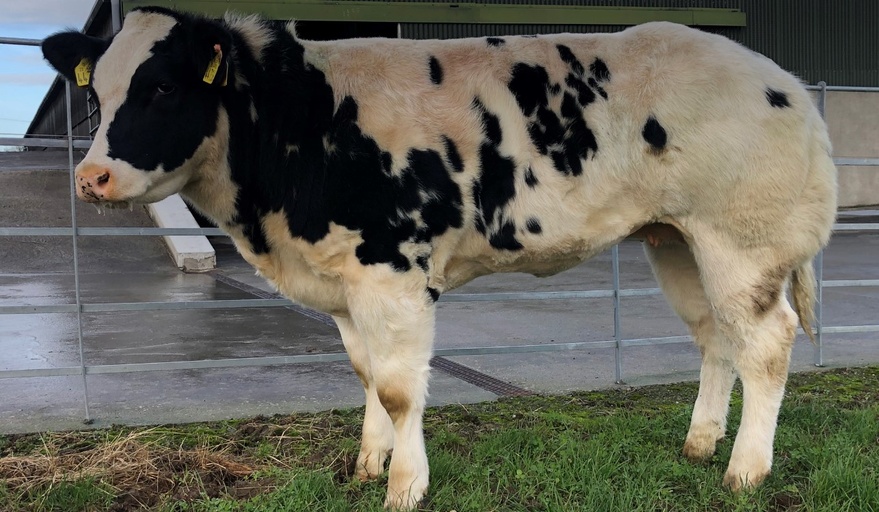