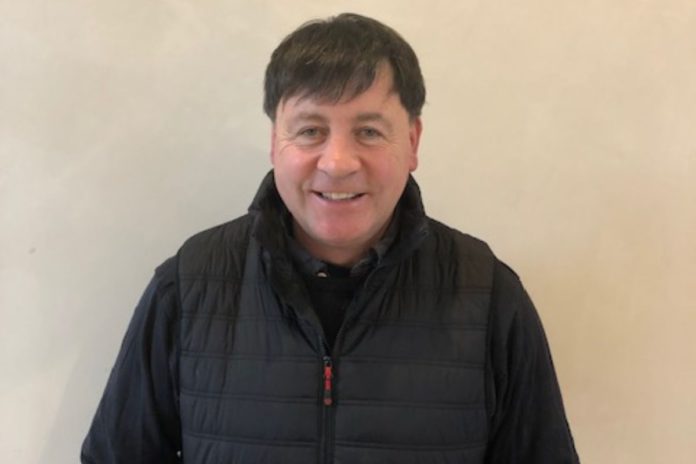 ‘A Holstein Friesian cow delivers the most milk per acre’

In this week’s dairy segment, That’s Farming, speaks to Tommy Screene of Windfield Holsteins about his farming system, breeding programme and agricultural shows.

Tommy Screene’s family farm was once a mixed, sheep and tillage enterprise, but is now home to his prize-winning 70-cow Windfield Holstein herd.

His wife, Orla, and his children, Rónán and Aoibhínn are involved in the running of the farm.

“We progressed and exited the beef cattle, sheep and tillage we had and began concentrating on dairying, from the introduction of milk quotas.” Tommy Screene told That’s Farming.

Currently, Tommy milks 70 cows in an 8-unit DeLaval parlour, with an automatic feed-to-yield system he installed in 2002.

“We expanded in the last ten years from 50 cows up to 70 and have increased milk production with the cow numbers we have. I get great help at weekends and holidays from a local student, Stephen Laffey, that has been with me for the past two years.”

“The cubical shed has 75 cubicles, calving boxes, a bullpen to rear young bulls, individual calf pens and group pens and a cattle crush in a complete unit all under the one roof.” Added the 2016 IHFA national open day host.

“It is a typical west of Ireland farm. It is fragmented; we have a grazing block of 50-acres and another 50-acres, which we cut silage from, and rear young-stock on. We have a further 50-acres leased.”

Tommy calves approximately 25 cows before Christmas, while he calves the remainder in spring as they milk all-year-round.

Last year, the Windfield Holstein herd averaged 8,700 kgs of milk at 4.1% butterfat and 3.5% protein from a concentrate input of 1.3T/cow.

“On the grazing platform here, a Holstein Friesian cow delivers the most milk per acre with the least number of stock on the ground.”

“The grazing block is all paddocked out, and we are on a 21-day rotation system. All grazing block is reseeded every 12 to 15 years. Now, we are due to reseed it again in the next few years.” 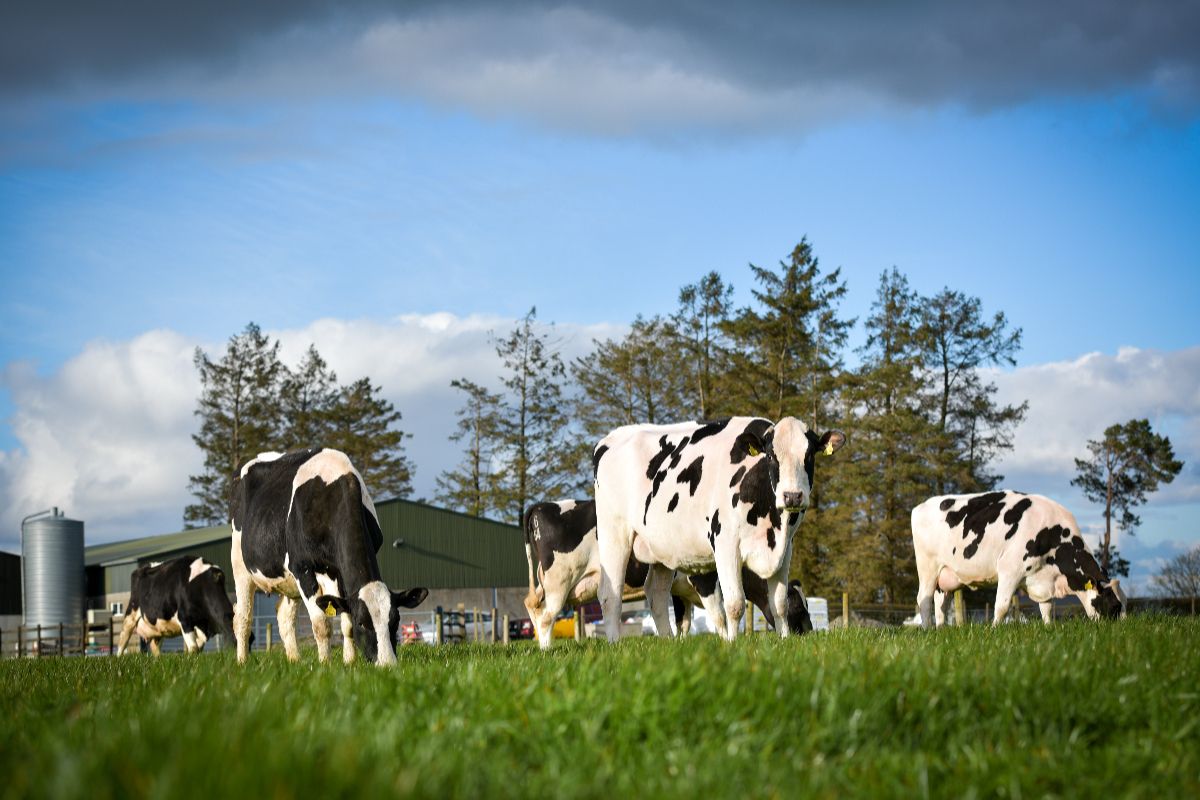 “We use a percentage of British Friesian bulls as well because our cows are medium-size. They are not extreme Holsteins. We are cautious with our sire selection.”

“We use sexed-semen on maiden heifers. Sexed-semen has improved in the last ten years; we have found that we are getting better results now. So, we are considering using it on some cows this year for the first time.”

“Every heifer calf is retained, and then when they are on the point of calving or calved, we have customers for them, and we sell them in milk.”

The Menlough native has previously officiated as judge for three different Holstein clubs, the Tipperary Waterford Club, the Cork Club and the West Midlands Club.

Tommy felt this experience gave him an invaluable insight into how some of the larger herds in the country are managed.

The Galway man, who has fully milk recorded for the last 20 years, has close ties with the IHFA as society officials conduct linear scoring IHFA officials.

Furthermore, he stated that 90% of his cows fall into the top two brackets for classifying – EX (Excellent) VG (Very Good).

“Ten days ago, we put up an advertisement and, there is a big interest in Friesian bulls at the moment, especially bulls with strong body traits, high protein and milk. A lot of customers are now looking for additional milk.”

“We are fortunate here to have a few very good cow families, which have high solids. They would mainly be the Katie family, the Irene family and the Snowdrop family.”

“The type of cow we have is a medium-sized Holstein Friesian with a lot of strength and the capacity to take in a lot of grazed grass.”

“With the strength that cows carry and their medium size, they suit the cubicles. We have cows from which we get 9-10 lactations. Our oldest cow is Windfield Merci Katie.”

She has completed 12 lactations and will turn 17-year-old at the month before her next calving in early April.

The Galway farmer is satisfied with his herd size and plans to maintain production levels but “keep nudging fat and protein percentages on an upward trend”.

“It is a challenge to get suitable AI sires for our herd.” We have more and more people coming back from grass-based systems looking for more milk in their bulls, buying a batch of heifers because they have lost so much milk.”

“The amount of people ringing looking for stock is frightening. Holstein British Friesian-crosses are really what the people are looking for now.”

“Going forward, in my view, one of the biggest challenges dairy farmers face is the environment, to farm within the restrictions that are going to be set in place, both in terms of animal health dosing vaccinations and the nitrates,” Tommy of Windfield Holsteins concluded.

You can find out more about Windfield Holsteins, view their Lockdown project video on their Facebook here.