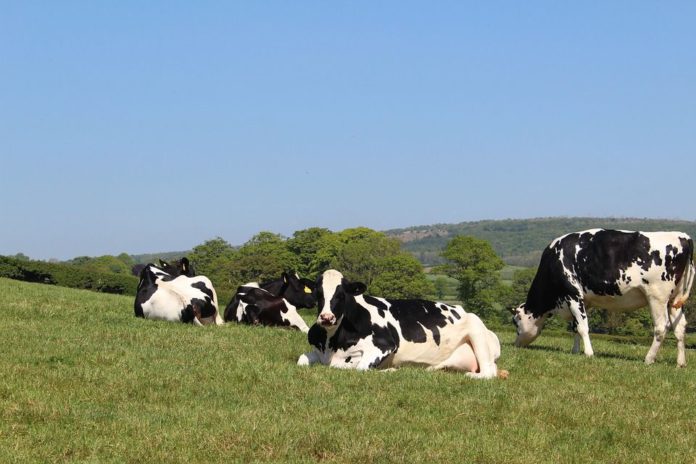 ‘Generally milking under 50 cows per robot would not be viable’

In this article, That’s Farming, speaks to Patrick Gowing, Teagasc dairy specialist, who outlines what farmers should consider before venturing into robotic milking systems.

PD: Conventional herringbones are still the most prominent ways farmers are milking cows in Ireland.

But over the last number of years, there has been an increase by farmers in both rotary and robotic milking investment on-farm as farmers seek to improve labour efficiency

TF: What should farmers consider before venturing into robotic dairying?

PD: A farmer should complete a full business plan, including a detailed capital budget for any large scale investment on a farm. This is no different for a robot.

The viability of the proposal will be determined by your cow genetics, grazing management and overall management, not by how you milk your cow.

TF: What could a venture into robotic dairying cost?

PD: There are about five different brands of robots on the market in Ireland. The range in cost is typically from €120,000 to €160,000 (ex VAT) for the first robot – depending on the brand.

The cost of building work associated with a robot can vary drastically depending on your farm.

Some farms can install a robot with the minimal building while others require a large scale development.

It is important when developing your yard for robotic milking that you consider slurry management both at the robot and grazing gates and also to allow enough space for cows to congregate and also for future expansion (estimate/range/approximate values).

TF: When can a farm see a return on investment?

PD: Return on investment is a function of profit divided by total investment.

How well you farm by achieving good milk output from a grass-based system will increase profits and deliver a higher return investment.

Typically, a robotic milking unit will have a lower return on investment per cow than a mid-spec parlour as the investment cost per cow tend to be higher in a robotic system.

TF: What finance options are available?

PD: A farmer can choose from a number of options for financing a robot. Farmers can apply for leasing arrangements as they would with other farm machinery. However, they cannot use a leasing or HP option if availing of a TAMS grant.

Farmers can apply for a normal term loan from their bank, normally on a 10-15-year term.

Some farmers have availed of SBCI future growth loans, which are unsecured and over a ten-year term when they are available.

TF: What are the main benefits of robotic milking systems?

The robot also generates a large amount of information on your cows compared to a standard parlour.

TF: What are the disadvantages of robotic milking?

PD: Robots are more capital intensive in an expanding farm scenario. The grazing management using the ABC system is more complex than a standard grazing system.

They also have higher service and ESB costs compared to a mid-spec parlour.

TF: Will a robot reduce labour?

PD: Yes, a robot will reduce the time associated with the milking process. It increases the time required for grazing management. All other normal dairy jobs remain the same on-farm.

TF: Are robots more suited to an indoor system?

PD: Robots were developed for indoors systems but are working successfully on full grazing systems.

TF: How many cows per robot?

PD: 70 cows per robot is the normal rule of thumb.

TF: What are some of the most common challenges farmers face when switching to robotic dairying?

The main challenge farmers face when changing to a robotic system is managing the new grazing system and the movement of the cows.

This is critical to get right to maximise the use of grazed grass and reduce your other feed costs.

Farmers who struggle with grazing management tend to feed more concentrates through the robot and increase their cost of production.

TF: How does a farm (grazing block) have to be set up for the robot?

On an ABC system, cows will receive a new allocation of grass every eight hours.

This encourages cows to move back through the robot, which spreads the milking across the day, which better utilises the robot.

TF: Is there such a thing as someone’s farm being too large for a robot?

TF: Could a farmer’s holding be too small? What herd size could make an investment in a robot unjustifiable?

PD: Yes. A robot has a fixed cost to purchase. If the herd is too small, then there is not enough output per robot to offset the investment cost.

Generally, milking under 50 cows per robot would not be viable.

Do you think robotic dairy units will become more popular in the future?

If labour remains hard to source and retain on dairy farms, you will see an increase in technology that can reduce labour on Irish dairy farms.

How can farmers make the transition to robotic milking easier?

Seek advice to see if your farm is suitable and if you can afford the proposed investment on your farm.