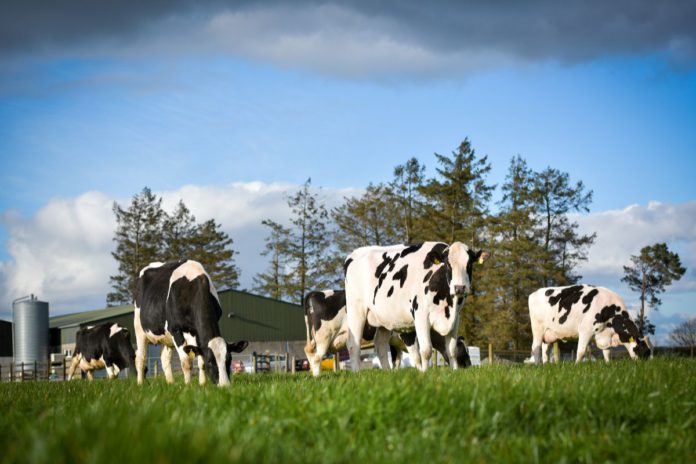 In this article, Teagasc discusses the cost of a missed heat.

According to George Ramsbottom, Teagasc dairy specialist and Laurence Shalloo, Teagasc research officer, the economic cost of sub-optimal fertility in a dairy herd varies between farms depending on many factors.

And so, it varies substantially between farms. They evaluated the cost of a missed heat occurring during the breeding season.

The economic effect on calving date is generated based on quantifying the average effect of a change in calving date from February to March and from March to April, assuming a fixed dry off date of mid-December (recommended for spring calving herds).

“In the Irish grass-based milk production system, one of the key ways of maximising profitability is through the synchronisation of feed supply and demand throughout the year.”

“This is achieved by managing stocking rate, calving date, and supplementation strategies. A consequence of a ‘missed heat’ is a slip in the calving date of affected cows in the following and subsequent years.”

“Therefore, the first major economic cost of infertility is on the cow calving date.”
Table 1 shows the implications of a conception rate of 0% compared to one of 55%.

The immediate consequence is a slippage of 11.55 days in the mean calving date of the impacted cows in the following year relative to that achieved following a conception rate of 55%.

“In reality, the best-case scenario would result in a recovery of 8 days (without intervention) in the following breeding season (based on ICBF data) (equivalent to a slippage of 3.55 days in the second calving season following a missed heat).”

“The costs associated with a one-day slip in calving date has been generated based on quantifying the effect of an average change in calving date from February to March and from March to April.”

“This corresponds to the calving date slippage effect under a 12 and 15-week breeding season amounting to €52.90 and €55.10 per heat missed, respectively.”

Table 1: The effect of a cycle loss on calving date and profitability.

They noted that the second consequence of a ‘missed heat’ occurring in the first three weeks of the breeding season relates to a cow’s chance of going in-calf.

The likelihood of that cow going in-calf before the end of the breeding season is reduced.

“In our analysis, we have assumed that the herd submission rate is 85% and that the individual conception rate per service is 55% (with no change throughout the breeding season).”

“If a heat cycle is missed, then the breeding season is effectively reduced by one cycle (three weeks). For a herd operating a 12 and 15-week breeding season, the empty rate of losing one cycle increases by 7.1% and 3.8%, respectively (Table 2).”

“Therefore, based on a 12-week breeding season effectively being shortened to 9 weeks, the impact is an increased replacement rate which is equivalent to €96.60 per heat missed (7.1% X €13.68).”

It is important to note that the Teagasc representatives have based their analysis on grass-based systems of milk production that convey a competitive/comparative advantage to Irish dairy farms.

Any system changes to counteract the effect of poor heat detection (longer breeding season/milking cows over the winter) would have “huge consequences” for the overall farm system, not least in respect of labour requirements and which Ramsbottom, and Laurence Shalloo, have not included in this analysis.