That's FarmingThat\'s Farming Irelands Largest Farming News, Properties and Classifieds Network
HomeBeef‘A farmer can hire a bull for €700, which is roughly half... 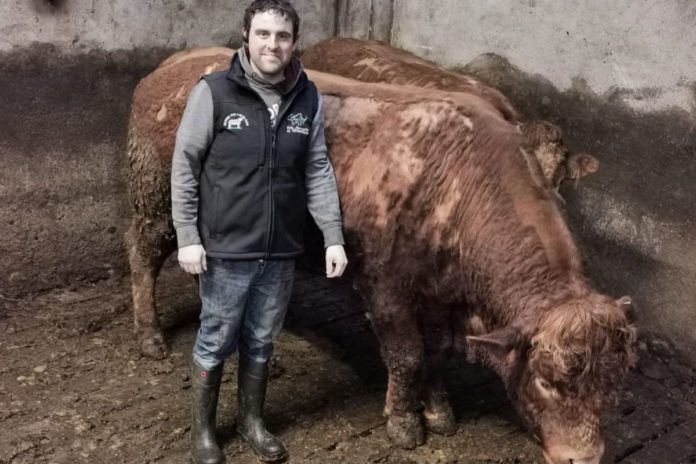 ‘A farmer can hire a bull for €700, which is roughly half the cost’

In this week’s Suckler Focus segment, That’s Farming, speaks to Colin McLoughlin about his suckler and sheep enterprise and Western Bull Hire.

Finding a suitable bull for your herd can be an extensive procedure, but Colin McLoughlin has made the process a lot easier for his growing customer base.

The Tibohine, County Roscommon native established Western Bull Hire in 2017 with an initial eight bulls to his current 25 pedigrees and 30 teaser bulls.

His bull hire company began on a small-scale in 2016 by supplying a selective number of dairy farmers with bulls as teasers.

McLoughlin’s experience as a farmer with a 45-cow suckler herd and 50 pedigree ewes and AI technician with Bova AI has been instrumental in the enterprise’s development.

His bull hire costing ranges from €300/month, €550 for two-months and €700 for three months, covering mostly the west of Ireland, North-West and the Midlands.

“I take responsibility for all the bulls I lease; if the bull goes lame, infertile if they want another bull,” Colin told That’s Farming.

“I try to source bulls as good as I can because most of my business is repeat custom. 90% of my bulls are bought privately. I will accommodate any farmer.”

“If they want the bull for a month, two months, three or four months. I will provide any requirement a farmer has for a bull.” 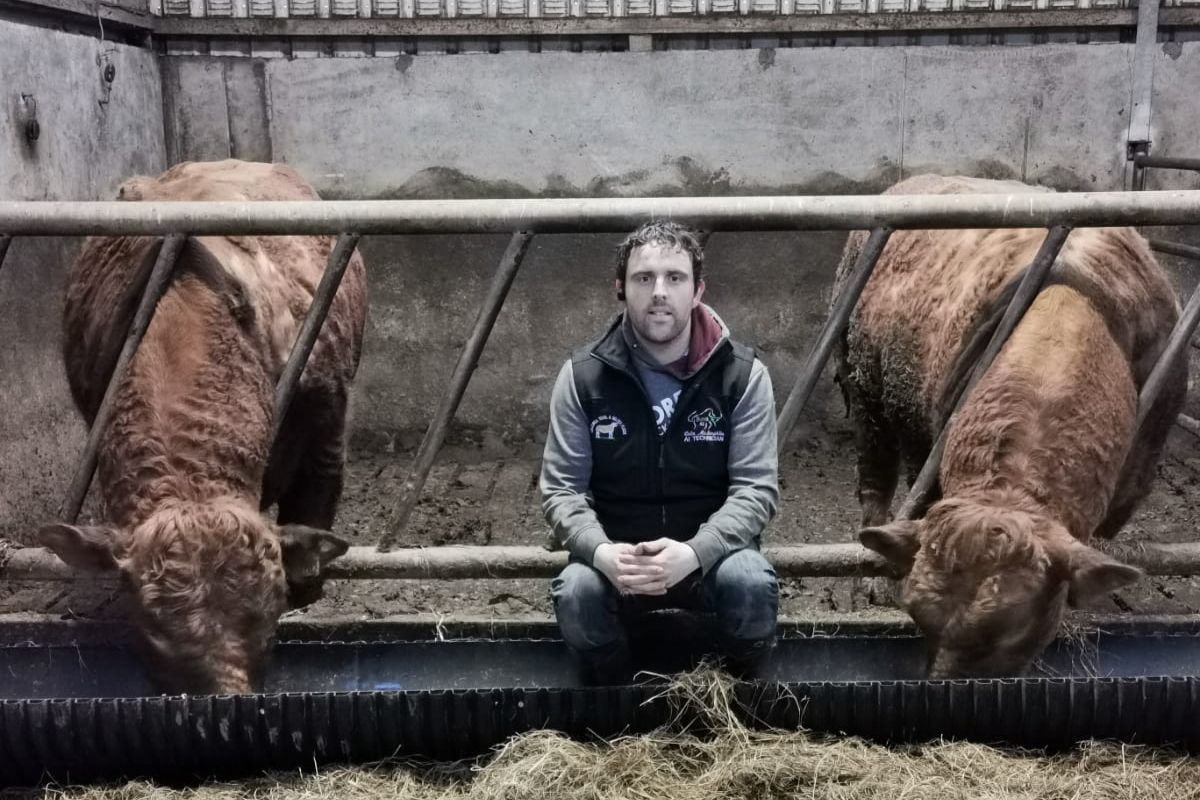 Colin vaccinates for BVD, Lepto and IBR, a vaccination programme which he believes instils confidences in clients.

“The standard movement permit is done for the bull. The bull is permitted into the herd of the person hiring him.”

“He will only be permitted in for whatever length he is there for. I make sure everything is correct on my farm and leaser’s farm with the movement in and movement out.” 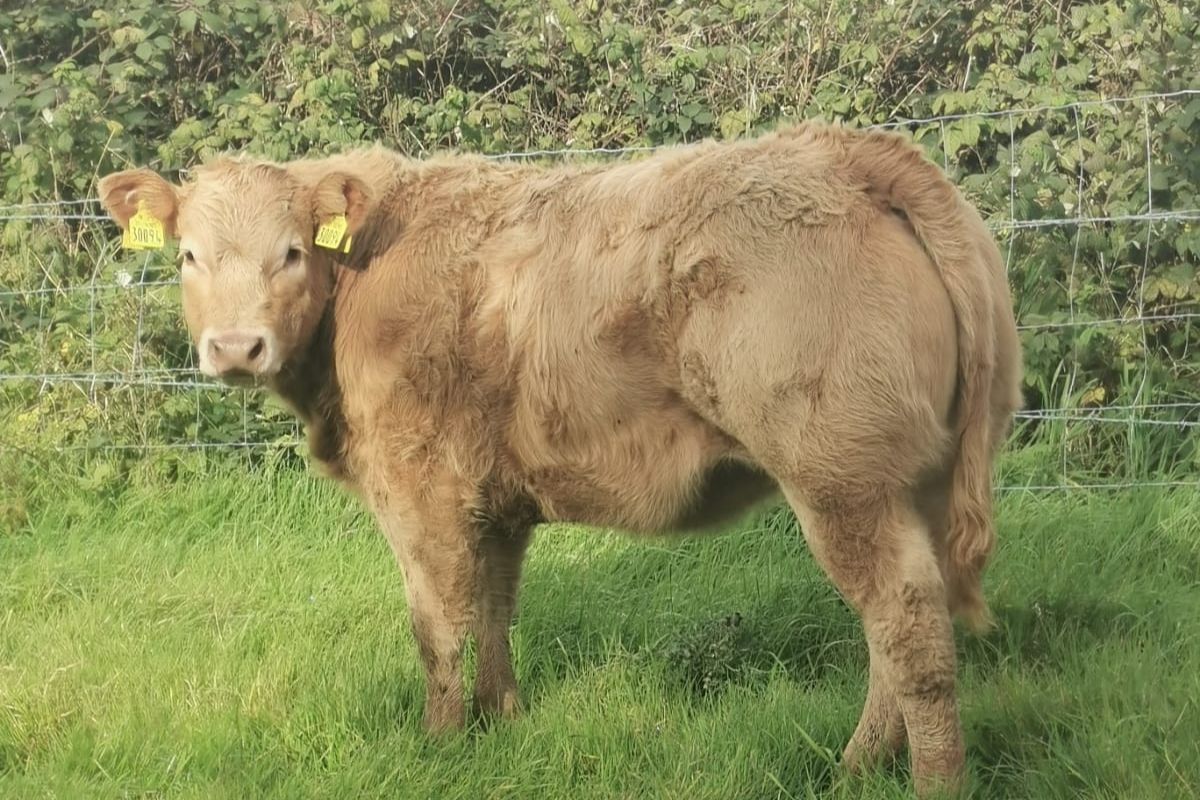 Advantages of hiring a bull

Colin feels the benefits of hiring a bull outweigh purchasing one for a herd.

He cited the convenience of a bull being dropped to a farm gate and collected again as one of the main advantages of a availing of a bull hire company.

“The farmer does not have to go to the hassle of sourcing a bull. The majority of farmers that hire bulls have not got the proper housing facilities for a bull, so they only buy a bull for breeding in the springtime.”

“They will sell him again when they do not want him. Those farmers are going to a pedigree breeder and selling him on again, taking a fair hit of at least €1,000.” 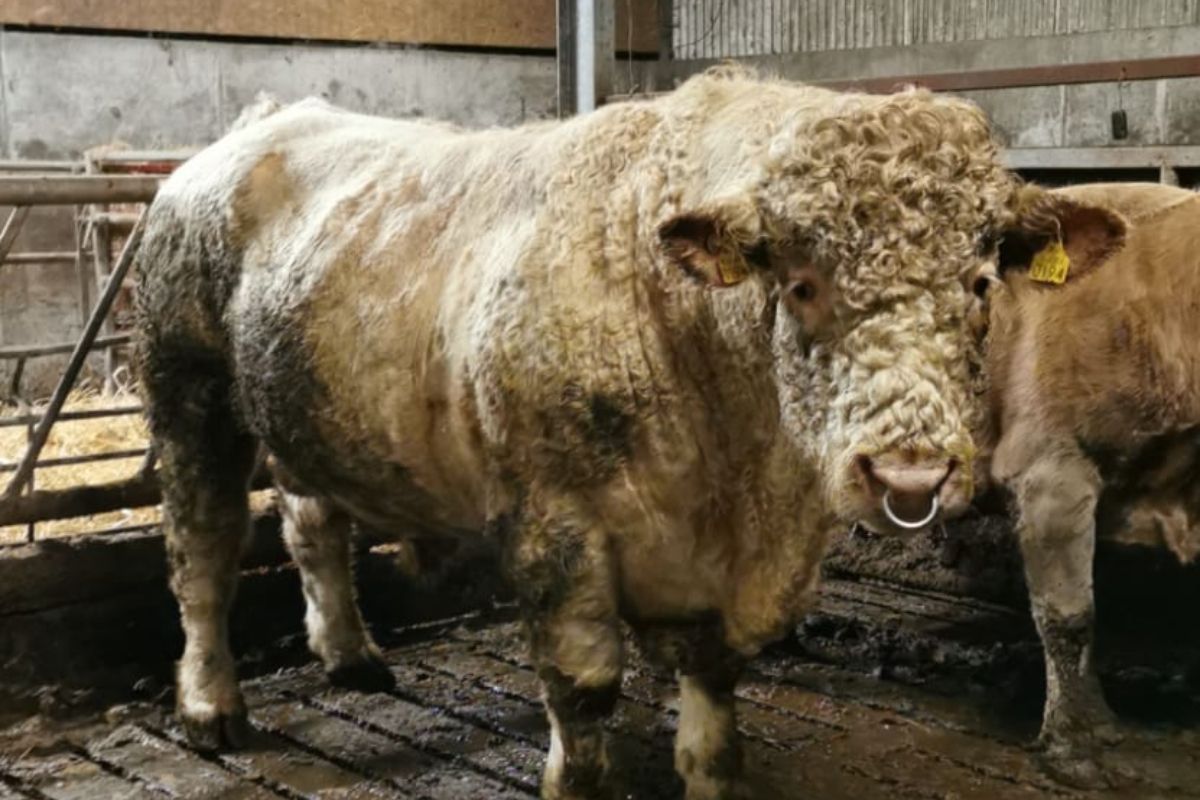 Colin takes all precaution and adheres to social distancing measures when delivering bulls during the Covid-19 pandemic.

“I have to sanitise everything, wear masks; even when you are handing a farmer his paperwork for the permit, you have to sanitise. Even the exchange of money is a bit of an issue; I have to wear gloves.”

“We cannot do as much hiring at the moment due to the 5km rule. Whatever is out currently is out. We have to try and make do with what we have.” 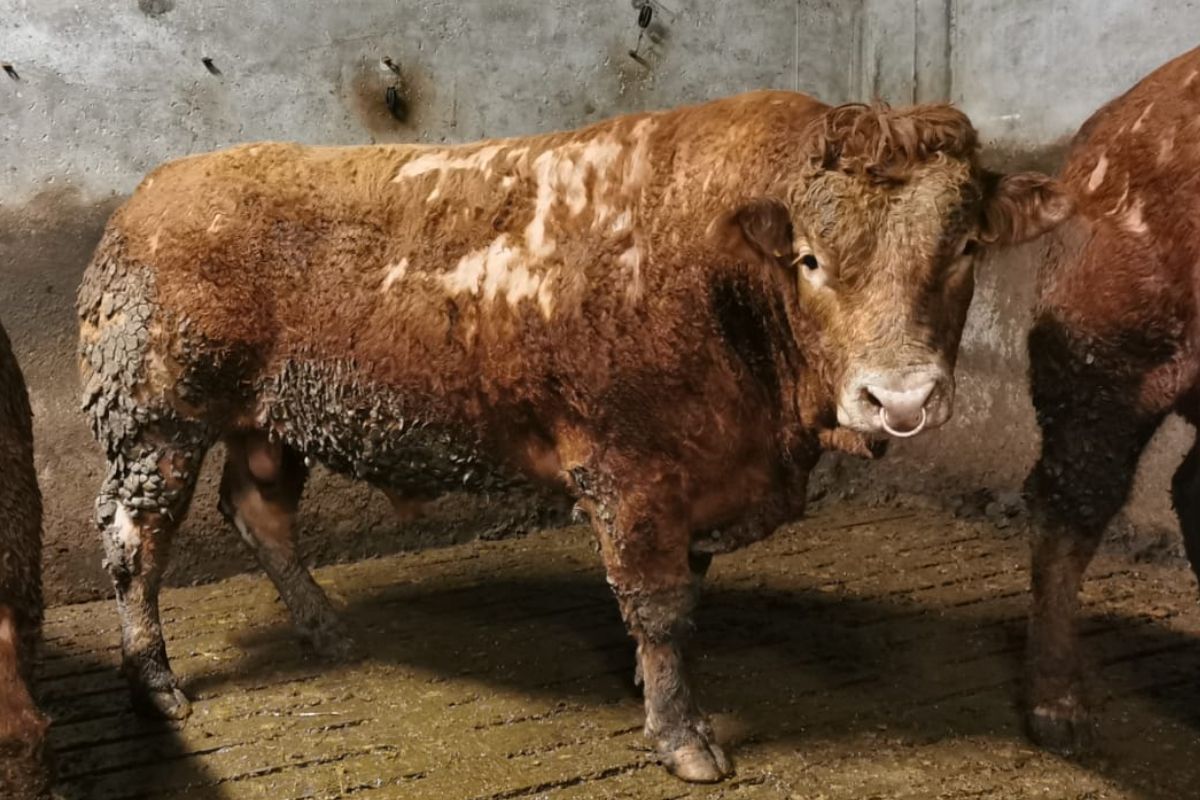 Colin has a 45-commercial cow herd with some pedigree Limousins and Aubracs. He sells the majority of progeny as weanlings and brings some through to finish.

“Cows calf from October right the way through until February. I use a mixture of Limousin, Charolais and Belgian Blue AI, and I run a Charolais bull after that.”

The Roscommon farmer has up to 50 ewes, farming 25 pedigree Texels under the Lisacurkia prefix, while the remaining ewes are Beltex and Rouge-types.

He sponges ewes to achieve a compact lambing season and runs a teaser ram. The Roscommon native lambs ewes indoors from January to March and sells in the region of ten teaser rams every year in August/September.

“I cross the Beltex and Rouge with a Beltex ram, so I get pedigree Beltex lambs out of the Beltex sheep.”

“Furthermore, I AI pedigree Texel ewes at the end of August, and I have bought a ram for next year from the Clewbay flock. I keep replacement ewe lambs off the Texels and a few of the Beltexs. I have sold Rouge-cross-Texel/Beltex to a local butcher, or anything that is not suitable for pedigree breeding is slaughtered.”

“Beef farming is not viable on its own at the moment; you need an off-farm job,” Colin concluded.

- Advertisement -
Previous article
Quiz: How well do you know Ford Ranger?
Next article
‘I think the future of pedigree breeding is very bright’ – Finnegan