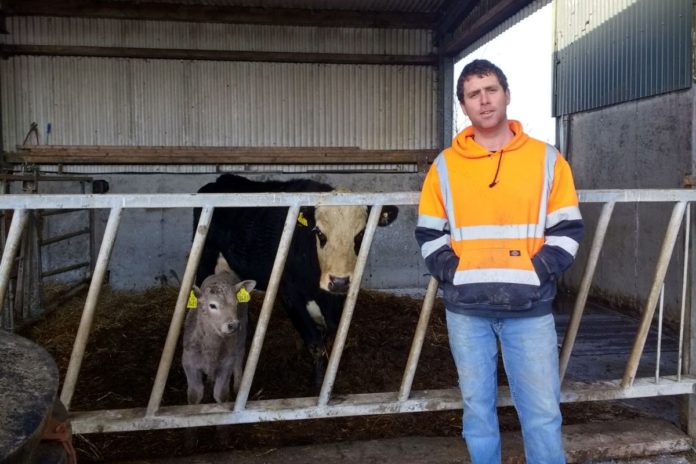 As part of this week’s Suckler Focus, That’s Farming, speaks to Tony Diskin, a part-time farmer with 40 cows, about genetics, grassland management, 24-month-old calving and a strict culling regime.

When it comes to suckler farming, Tony Diskin’s philosophy is straightforward: “keep things simple and stick to a system that is easy to manage while keeping control on costs”.

The family, who reside in Clarinbridge, Co. Galway, ran a sheep and drystock enterprise before venturing into suckling approximately 15 years ago.

Tony now farms a 40-cow suckler herd, with the assistance of his father, John, and mother, Bernie, whilst running a construction business.

Since taking over the farm seven years ago, the fifth-generation farmer has increased suckler cow numbers from an initial twenty-five.

“I expanded to utilise all the land (80-acres, between owned and leased) I am farming and increase the farm’s profitability,” he explained to That’s Farming.

“I look after the management of the farm and the day-to-day operations, but my father is always on hand to help with moving stock or dosing. Both my parents are a great help when it comes to calving time, checking animals if I am away at work.” 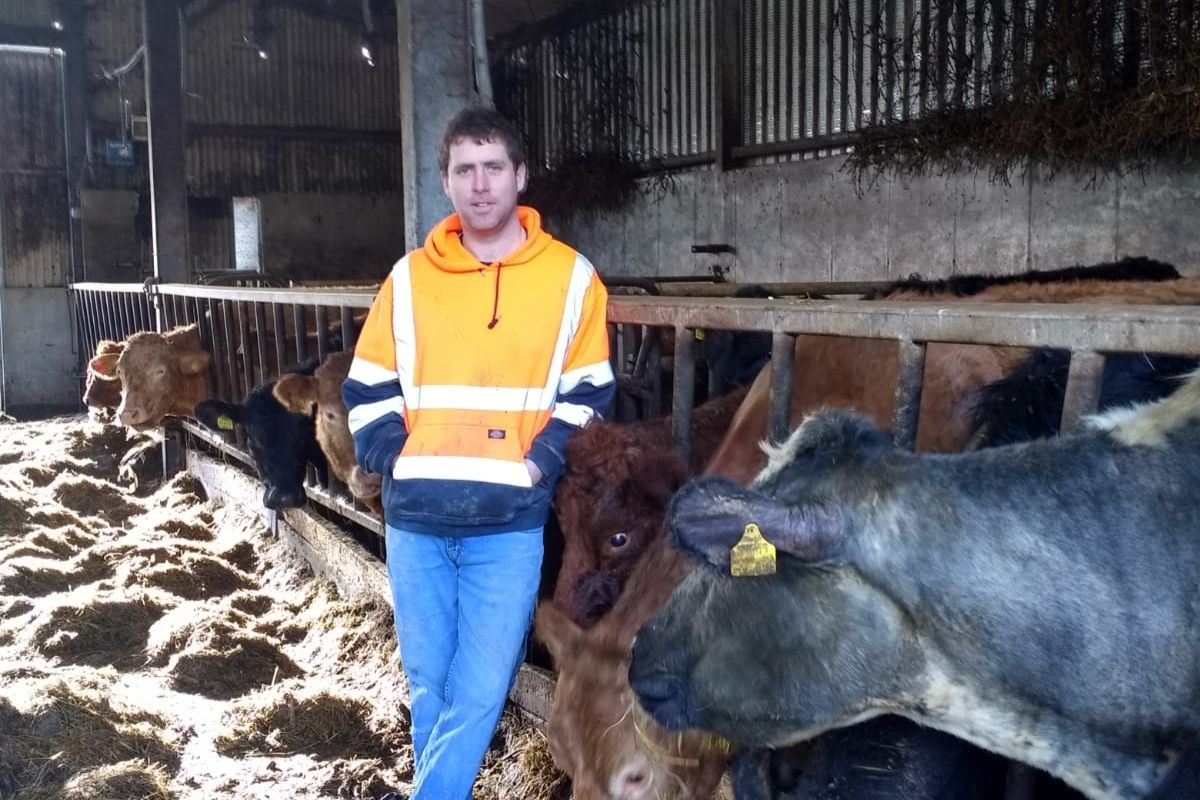 The majority of his commercial suckler cows are Limousin-crosses with some Blonde-crosses and Angus-crosses throughout the herd.

Calving season gets underway during the second week of February on the Galway-based enterprise, with an aim to have all breeding females calved by the end of April this year.

“My ideal cow would be a Limousin-cross with a touch of Salers as well. One that can produce a good quality calf off a grass-only diet and go back in-calf to calf within the 365 days.”

All replacement heifers are AI’d to Salers and Angus sires and calve down at 24 months of age. “They take a bit of extra minding, but I think it is worth it. It reduces the number of groups of stock on-farm and makes the day-to-day management that bit easier.” 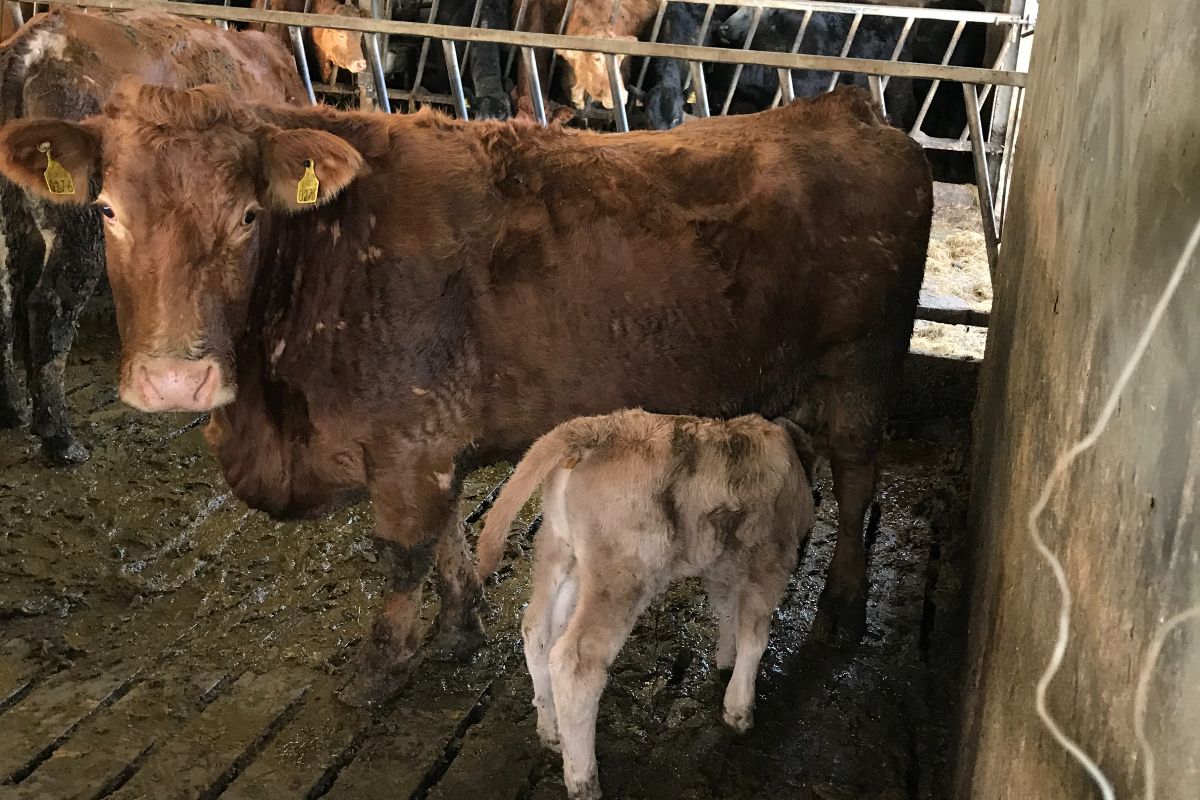 The suckler farmer deployed a new breeding strategy last year whereby a Limousin stockbull was introduced to the main cow herd, after three weeks of AI to Charolais, Simmental and Limousin sires.

“I can see myself staying with this approach of a few weeks AI before letting out the stock bull as it gives me the option of picking a bull to suit the individual cow.”

“I have moved away from finishing male progeny as under 16-month bulls to running them as steers. Now, I sell these steers as stores, but hopefully, in the future, I can take them through to slaughter. Whatever heifers I do not retain as replacements are generally finished from 18 to 24-months-old.”

“I cull cows for several reasons, with fertility being the main reason. Any cow the does not prove in-calf is culled, with persistently lame cows or cows with temperament issues culled also.”

As some of Tony’s land is “very light and dry”, he can usually turn pairs out to pasture immediately post-calving – depending on weather conditions.

He highlighted that grassland management is another important element when it comes to successful suckler farming.

He has reseeded approximately half the suckler enterprise, with an aim to reseed parts of the land base annually. The farm is fragmented and consists of four blocks of land.

Cows and calves graze in a paddock system on one block of land, while heifers graze on the home block. Tony utilises the two remaining blocks for steers and silage production. 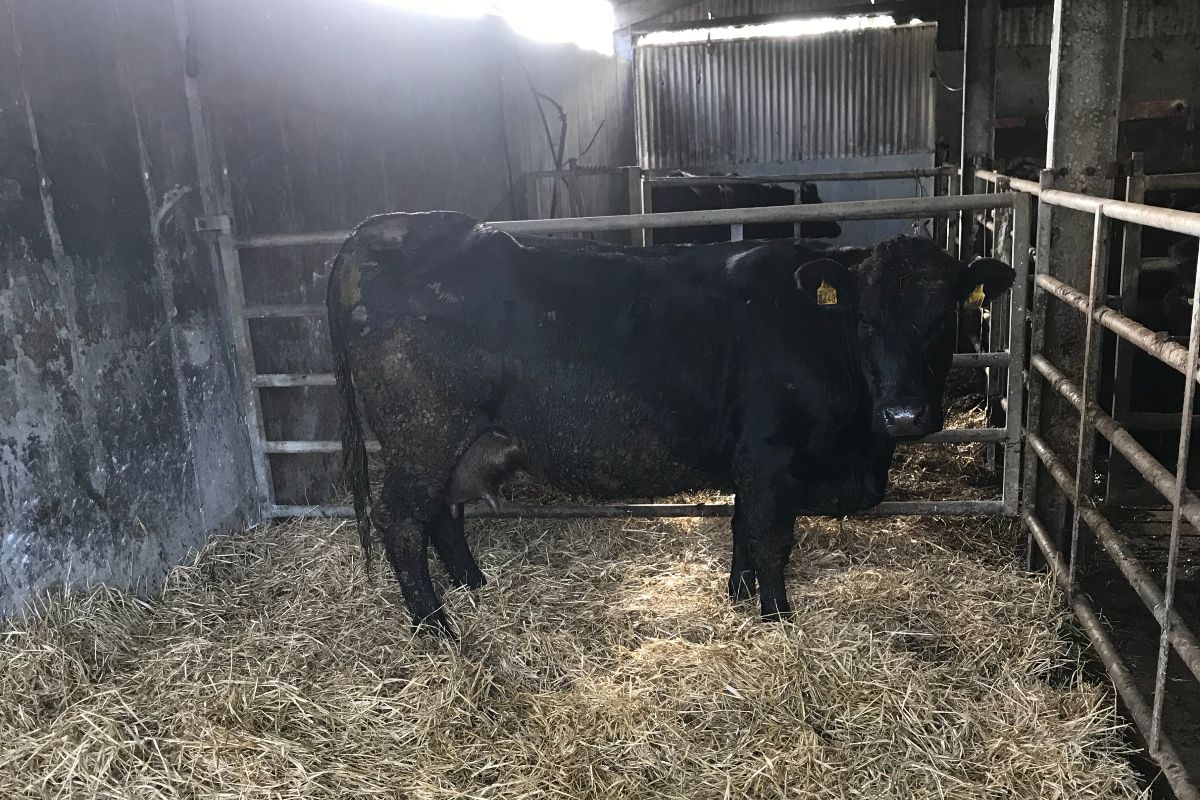 Along with continuing his work in the area of grassland management, Tony intends to improve the quality of his herd using AI, but has no intentions of increasing numbers.

“Weight gain of the calves is something I hope to improve on while trying to reduce the reliance on concentrates. Also, keeping control of costs, so I am getting sufficiently paid for the hours worked on the farm; it has to be operated like a business.”

“The outlook for suckler farming is not great these days. The suckler cow probably still has a place on more fragmented farms and where land type is more disadvantaged.”

“I would struggle to see anyone new entering into suckler farming. Where there are existing suckler farms with herds and facilities already in place, they [sucklers] might have a chance of surviving.”

“I do not think farmers are sufficiently rewarded for the quality of the product that they are producing. Food is too cheap; that is a global thing and something that I do not see changing in the near future,” Tony Diskin concluded.

- Advertisement -
Previous article
What is the best dog for cats? 5 popular breeds
Next article
Up to €5,000 in grants for livestock marts