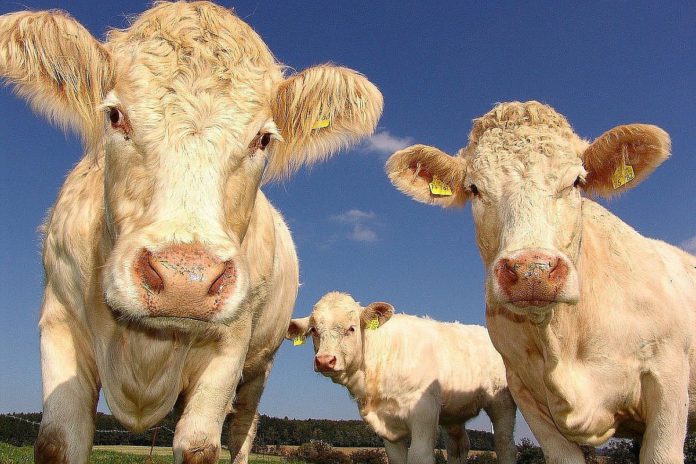 Young bull and steer prices down in NI

According to the Livestock and Meat Commission (LMC), steer and young bull prices were down across plants in Northern Ireland this week.

Processors quoted base quotes of 386-394p/kg for in-spec U-3 grade prime cattle, which was the same as the previous week.

All in all, the commission, described the beef trade as “steady”.

Throughput of prime cattle has totalled 307,730 head for 2021 to date. The LMC pointed out that this is a decrease of 824 head on the same period last year when 308,554 prime cattle were processed locally.

Besides, there were no cattle imported from GB for direct slaughter last week. Meanwhile, cattle exports from NI for slaughter in ROI plants comprised 44 cows.

A further 21 prime cattle and 13 cows were exported from NI to GB for direct slaughter.

The LMC reported that in ROI, deadweight cattle prices “came under pressure”, adding that prices were back across all grades from the previous week.