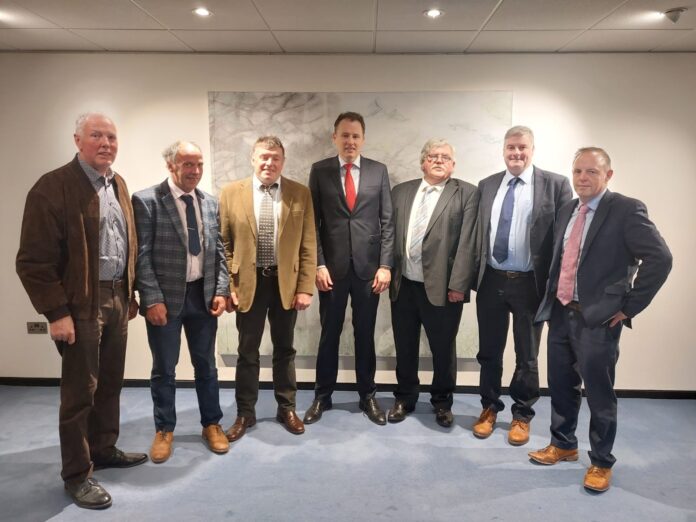 The ICSA call for more funding for beef and sheep farmers

The DAFM must direct further supports towards the “vulnerable” suckler, beef and sheep sectors.

That was the key message the ICSA delivered during a meeting with Minister McConalogue and senior DAFM officials today (Thursday, May 5th, 2022).

According to the association’s president, Dermot Kelleher, these lower-income sectors are “being crucified”.

He believes that the CAP Strategic Plan is not delivering for active cattle and sheep farmers.

This is at a time when spiralling input costs are continuing to inflict “further devastating blows”.

He said: “It is a perfect storm. The minister must act now to deliver more supports from exchequer funds and target them directly at the vulnerable beef, suckler, and sheep sectors,” he said following the meeting.”

He said the DAFM were “wrong in failing” to allocate a greater proportion of CAP funds to the low-income beef, suckler and sheep sectors.

He said targeted supports are now necessary to:

The farm leader reiterated the group/s call for a €2,000 fertiliser voucher.

He insisted that while the €1,000 silage package for cattle and sheep farmers is welcome, it “simply does not go far enough”.

The farm group again recommended that a voucher is made available to farmers who can show their farming enterprises required the purchase of fertiliser in 2021.

ICSA rural development chair, Tim Farrell, stressed that the government would have to deliver separate funding for farmers impacted by designations.

He told attendees that CAP cannot be expected to do everything.

“The EU must be told that the level of ambition in the EU Biodiversity Strategy must be matched by equally ambitious extra funding outside of the CAP,” he explained.

ICSA also called on the government to investigate why diesel prices have remained “so high”. This is despite the barrel of oil dropping 20% in recent weeks.

He said a key element would be to myostatin test all cows and heifers in the herd with a view to matching cows to bulls to minimise calving difficulties.

He said the scheme would also tackle lameness issues.

Kelleher was accompanied at the in-person meeting at Agriculture House, Dublin, by senior ICSA officials,

- Advertisement -
Previous articleVideo: A year in the life of a large ag contracting firm in NZ
Next articleMan arrested and herbal cannabis worth €22,000 seized in rural village