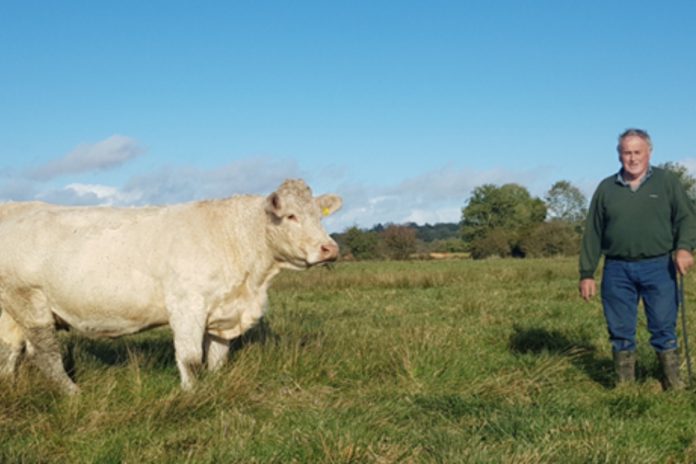 In this week’s Suckler Focus That’s Farming, speaks to Liam Reynolds, owner of Piercefield Charolais. He discusses his pedigree and commercial herds, breeding policy and calving heifers at 26-months.

He began by purchasing Ballyjamesduff America from Crosserlough herd, Cavan, Skidoo 1968 (by Prime Roberta) for €3,000 at the 2019 Skidoo dispersal sale and Jolene De Vinci by Elgin De Vinci.

His farm is 110-acres, of which some is adjacent to a Midlands wildlife sanctuary. 80-acres of this ground is upland, and a lake surrounds 30-acres.

Liam sourced several of his commercial cows from his brother-in-law, a dairy and suckler farmer.

“My parents kept a few suckler cows, and I used to manage a bookmakers back in time too.”

“Furthermore, my parents purchased the farm back in time. My father grew up in Foxford, Mayo, emigrated to England and worked on farms in Yorkshire, England.”

“My mother is from Westmeath. My father’s family moved up to the county around the same time, and we have many cousins around the Westmeath area.”

“It was a long tradition around our area during the 80s and 90s to buy cattle from the west of Ireland or in livestock marts from cattle dealers.” 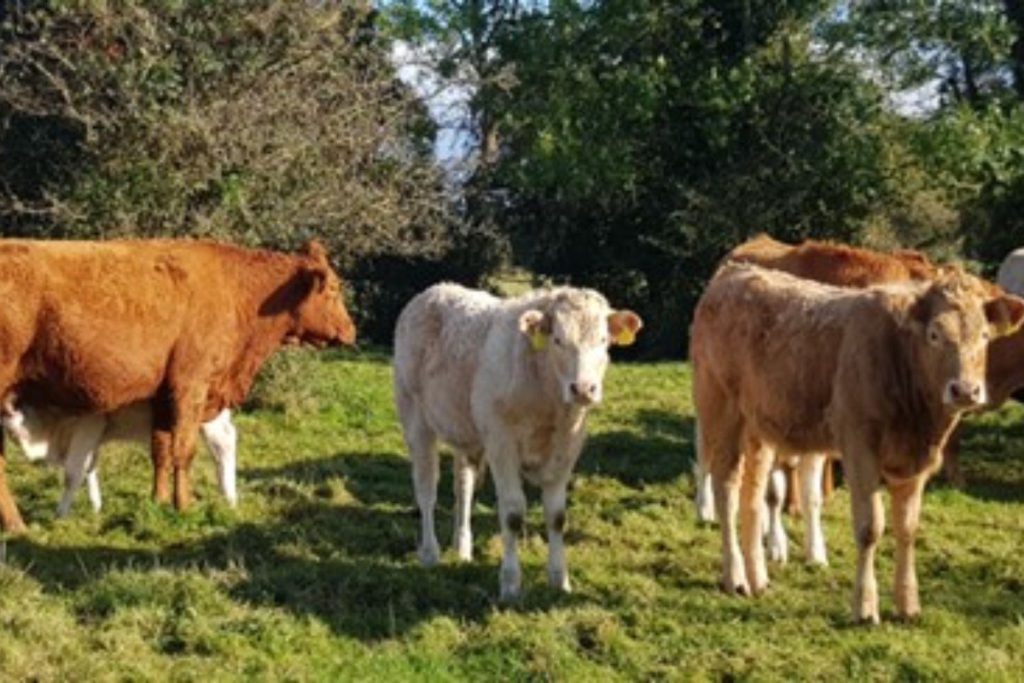 Liam outlined why he chose Charolais and the traits he focuses on his females.

“I just like Charolais cattle. The two really important traits for me in an animal are docility and that they produce milk.”

“I see suckler cows that produce a really good calf, but if she does not have much milk, she drags behind, and you do not have the same udder at one-year-old.”

“It is fifteen years since I bought my first cow, and you could say I am only establishing my herd. It takes a long time.”

He uses AI on his pedigree Charolais heifers and maiden heifers, with most of his commercial herd served by his Charolais stock bull.

“I bred my own stock bull, Piercefield on the Ball, out of the Skidoo breeding line. His mother is a daughter off Elgin De Vinci.”

He uses ZAG (Castleview Gazelle) on his commercial females. 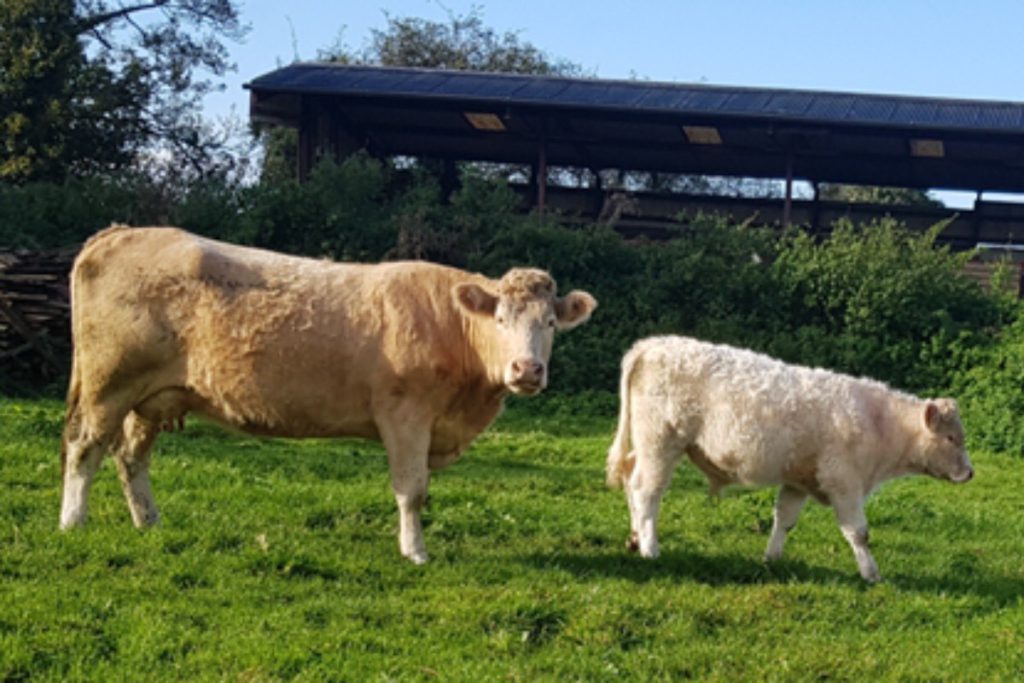 Calving occurs on the farm from the beginning of March to the end of April. He aims to calve his heifers at 26-28 months at 550kgs.

“I find to have ideal stock, they have to be autumn-born heifers. So, they go in-calf in May and are a year-and-a-half, go outside in November, and calve in February.”

“I know when a cow is going to calve from my experience over the years. They nearly all calve outside, and I have an old orchard where I used to live and let them in there.”

“I have not tried having them calving around the one time. If a cow goes overtime, I do not cull on that basis and calving is spread out fairly well.”

“It is very important to feed calving minerals, rolled oats and hay to them,” added Liam who scans his herd every year to clarify calving dates. 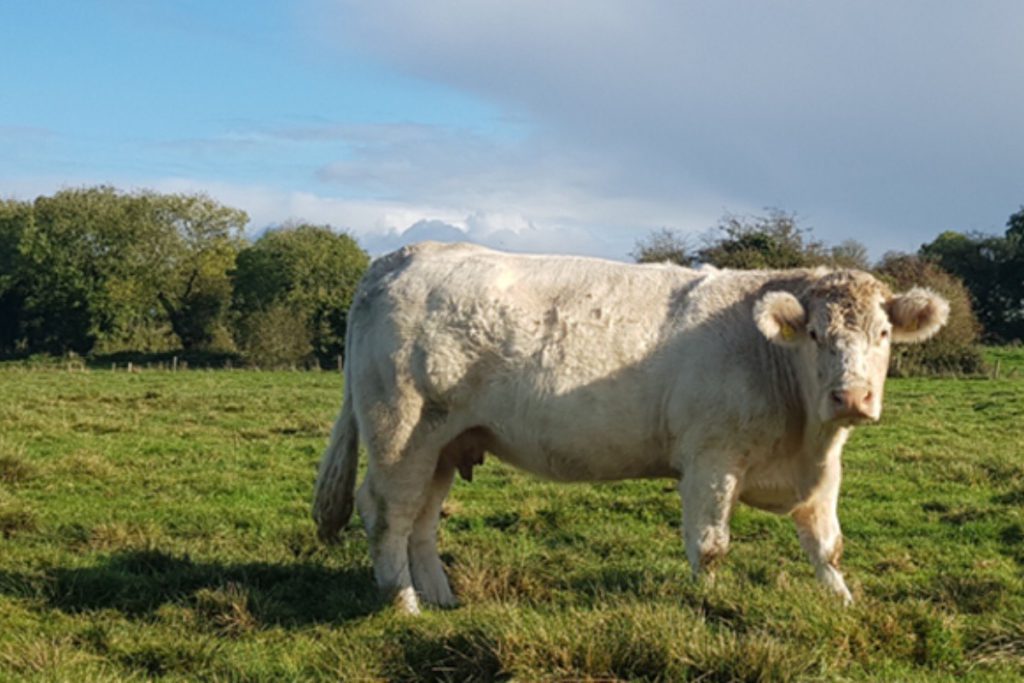 Liam retains two of his best replacement heifers, which he believes will produce a large quantity of milk for her calf.

“I had three bulls to sell in April 2020, and they were two-year-old. So, I sold two of these males at home, and I kept the other.”

In conjunction with the Sionhill Charolais dispersal sale on September 21st, 2021, Liam secured €2,100 for a pedigree bull, Piercefield Playmaker, in Carnaross Mart.

The suckler farmer sells his commercial cattle as store cattle at Ballymahon Mart or privately on-farm. On the other hand, he culls cows through the year, bringing these through to slaughter. 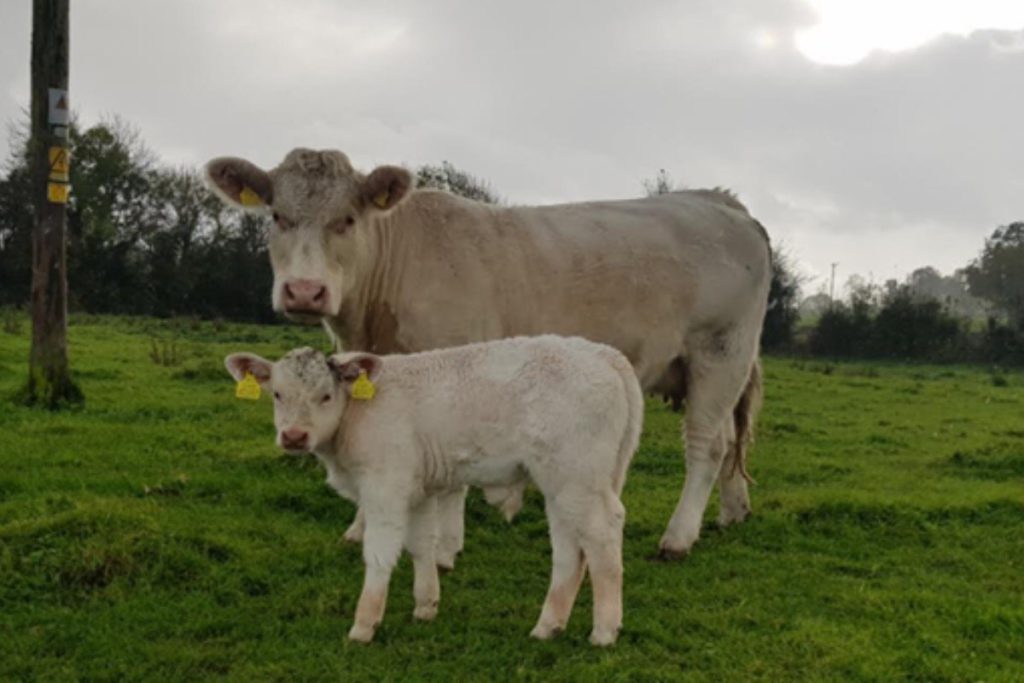 He previously attended Mullingar Agricultural Show and Arvagh Show before the Covid-19 pandemic with some of his calves.

He intends to stay around current cow numbers, continue improving his pedigree herd and complete ET work in the future.

“I would like to be successful in pedigree breeding. It is very similar to the people breeding horses (trainers); they want to improve as much as they can and get to that stage.”

“I did reseed a few fields, and I intend to reseed other fields. I find for suckler cows and calves to do well; they need a constant supply of top-quality grass. Therefore, I plan to reseed 10-15-acres of grassland over the next year.”

He shared his view on the future of suckler farming in Ireland.

“I would say the future for suckler farmers is good because the quality of stock is coming on the whole time.”

“There are very good prices now. For example, I was watching the mart, and some store cattle were coming through, and they were one-year older than ones with the same weight.”

“Inputs are going to be costly, so there going to be a lot more in it. Because there are so many suckler farmers gone out of it, I think farmers that do not have quality cattle will find it hard to make it.”

He outlined his view on the proposed suckler cow cap as part of the Suckler Carbon Efficiency Programme.

“It would not be viable. They removed milk quotas; a suckler cow cap would be disastrous, and they are talking about greenhouse gases.”

“Someone might invent a way of giving cattle or something that changes them,” the suckler farmer concluded.

- Advertisement -
Previous article
Why raising goats is more profitable than you think
Next article
Opinion: CCAC proposals will create a rural version of the water protests