As part of this week’s On the Rostrum series, That’s Farming speaks to George Candler, a name synonymous with the Irish Limousin Cattle Society and Kilkenny Mart for over 40 years.

George Candler, from Ballintubber, County Roscommon, grew up on a 100-acre farm.

His mart involvement began through his dad being founding chairperson of Roscommon Mart, who held the position from 1959 to 1986.

“It felt like I was selling the calf for a half-an-hour, but it was not. The man got an excellent price for the calf; he was delighted. From there on, I stuck with calves for six months, progressed to cattle, and I have sold everything.”

“We are lucky in County Kilkenny, we have only one mart, and that is Kilkenny. I suppose realistically, there are too many marts. A lot of buyers say the reason they come to Kilkenny is they are sure of numbers.”

Candler commented on the calf sale welcoming an entry of 650 lots, a dramatic increase from 250 entries a decade ago.

“We supplement a dairy sale which sometimes includes a clearance sale of maiden heifers, in-calf heifers and freshly calved heifers. It has consolidated and attracted several entries, which will come to an end in mid-May.”

“We have also benefited from the dairy farmer supplying cull cows with the vibrant trade in the mart at the moment.”

Renowned for his quirky chant and witty personality, he also officiates as livestock auctioneer at various society sales, including the Irish Limousin Cattle Society.

Kilkenny Mart has a weekly sheep throughput of 500 lots, increasing to 1,000 lots towards August. Similarly, its weekly cattle throughput comprises up to 1,300 head of cattle and reached 3,500 head of livestock many years ago.

“The reason for the big numbers then was that many farmers would try bartering, instead of going to the factories. Exporters were shipping cattle to Libya and Egypt.”

“One exporting firm would buy 400 to 500 cattle out of Kilkenny on a day. Volumes have decreased because of larger farms in Kilkenny and its close proximity to Glanbia in Ballyragget.”

“It is not beyond time that sheep got a little bit of a lift. Cattle this week are approaching €4.00/kg market. People forget they are not making a whole lot more than they were fifteen to twenty years ago when they sold in punts, which was 1.25.” 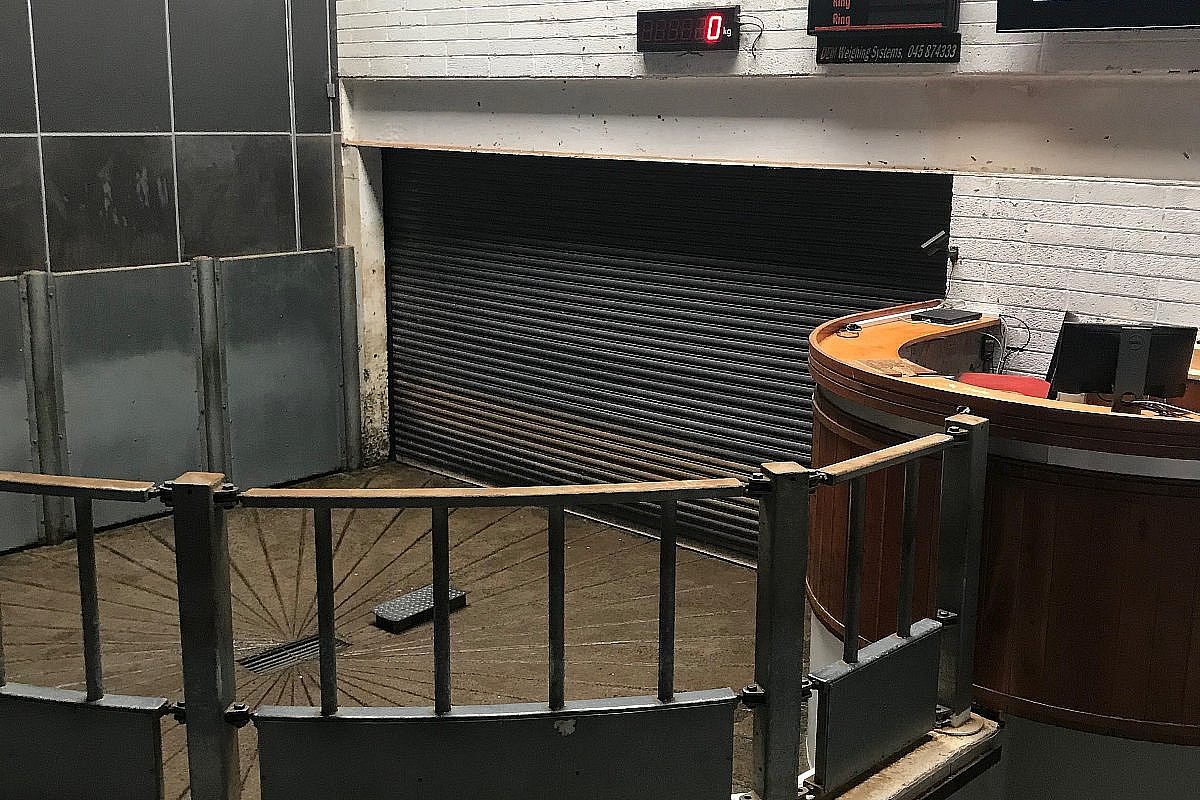 According to George, online trading has changed marts hugely. He foresees virtual bidding in conjunction with ringside bidding in the future.

“There is the possibility of buyer intimidation around the ring, which does not happen when bidding anonymously online. It is very cold to look at that screen, and all you see is a machine with the potential purchasers bidding online; you miss the ring and the banter.”

“If you have someone beside you bidding, you can conjure them a little bit more to give a bit more.”

Secondly, he feels there is a disadvantage with a large sale regarding permittable pre-sale viewing durations under Covid-19 restrictions.

He mentioned in this situation; potential bidders are solely judging them with a“camera and are not able to see them in the flesh”.

George’s advice for aspiring auctioneers is, to begin with, the calf sales and gradually work your way up the ladder.

“Do not be trying to jump ahead; six or seven months selling calves is not the end of the world; you would like to aspire to sell the bigger stock.”

“I suggest auctioneers who are scarce and younger farmers, wanting to value stock, have a good eye for cattle, keep the interest in the animal and vary your voice; it gets very mundane.”

“Every sale is different; top prices command and gain interest. I sold a pedigree Limousin for 42,000 punts on a farm and a Belclare sheep for €3,000.”

“The top-price sheep was a Suffolk ram for Thomas Bailey, which made €42,000. When you get those figures, it is nice You have to go by what you can achieve for the ordinary farmer,” he remarked.

Look after the seller

George has enormously enjoyed and achieves great adrenaline from being a livestock auctioneer.

He is supported by an incredible team in Kilkenny Mart, including manager and CEO, Michael Lynch, and administrative staff, Ann Marie and Annie.

Additionally, he highlighted Kilkenny Mart’s importance from an economic perspective, but it also serves as a social outlet.

“I like meeting the people and talking to farmers. I try to do the best I can. If I could be faulted for something, I do side with a seller.”