That's FarmingThat\'s Farming Irelands Largest Farming News, Properties and Classifieds Network
HomeBeef‘I try to breed roans too, but it is all about luck’ 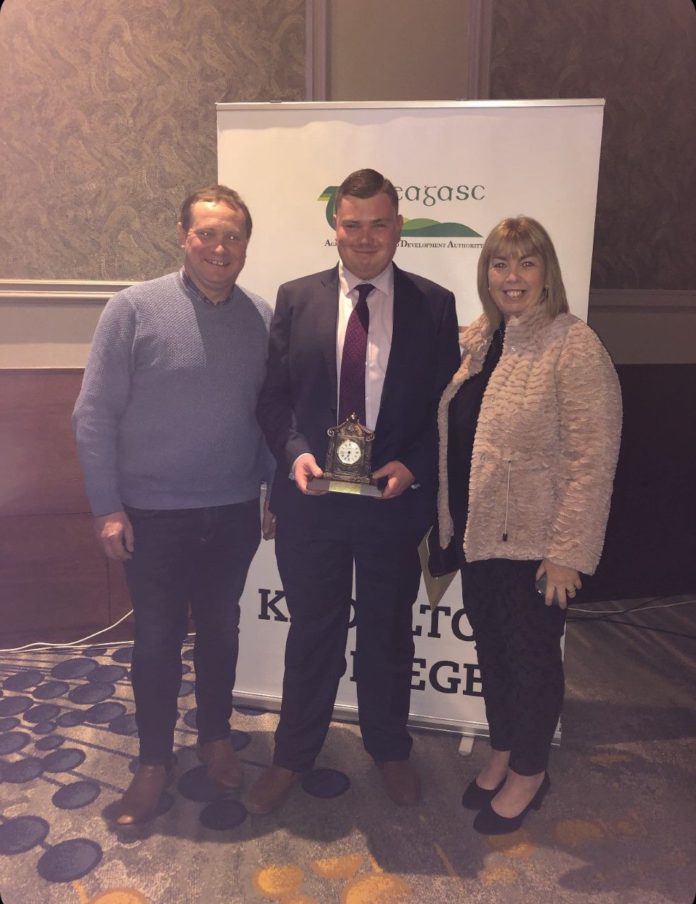 ‘I try to breed roans too, but it is all about luck’

Conor Quinn farms 120 suckler cows and 200 ewes in partnership with his father, Anthony, in Co. Kildare.

Collectively, they farm 270-acres (owned and lease) of land between two enterprises in Co. Kildare and Co. Carlow.

The Kildare farmers have expanded over the recent years growing from 80 to 120 suckler cows.

The majority of their breeding females are Limousin-crosses, while they also farm Charolais, Simmentals and Belgian Blues, to name a few.

Four stockbulls, three Limousins, and one Charolais, dominate the pastures, with plans to increase their AI usage in the coming years.

“I used LM2014 and EBY on maiden heifers and used some Belgian Blue sires on the cows such as ZSD and BB4438. The cow-type we go for here is usually a big frame with good shape and good maternal traits.” Conor Quinn, a third-year WIT BSc in agriculture student, told That’s Farming.

“We want a cow to calf on her own along with rearing a good grading calf. With AI, we can pick a different bull for a cow so the bull will suit her.” 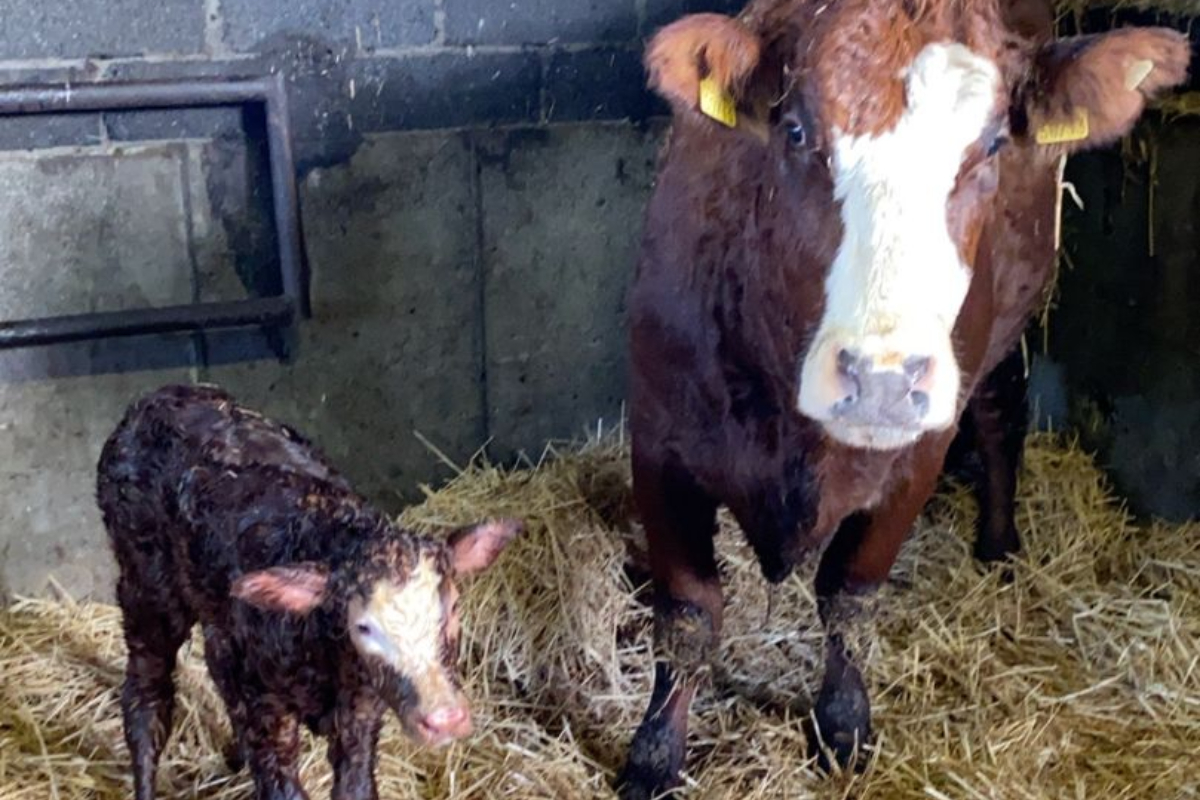 The Kildare farmers keep all replacements but purchase some heifers to add to their herd.

The father and son duo calving forty of their breeding females in September-October and calf the remainder from January-March.

“All progeny on the farm are kept until slaughter. Bullocks and heifers are killed under 30-months, and the best of the heifers are kept for breeding.”

“Bulls are killed under 16-months and 24-months. Cattle here on the farm are slaughtered in Kildare chilling, ABP Waterford and Dawn Meats in Waterford.”

“I like breeding good heifers; I purchase a lot of heifers for breeding, red and blue roans, and sell some privately. These heifers have a lot of attraction to people because of the colour of their coat. I try to breed roans too, but it is all about luck.”

The father and son team also buy bulls, bullocks, and heifers to finish, which they purchase off-farms and in Carnew Mart, Tullow Mar, and Leinster marts. 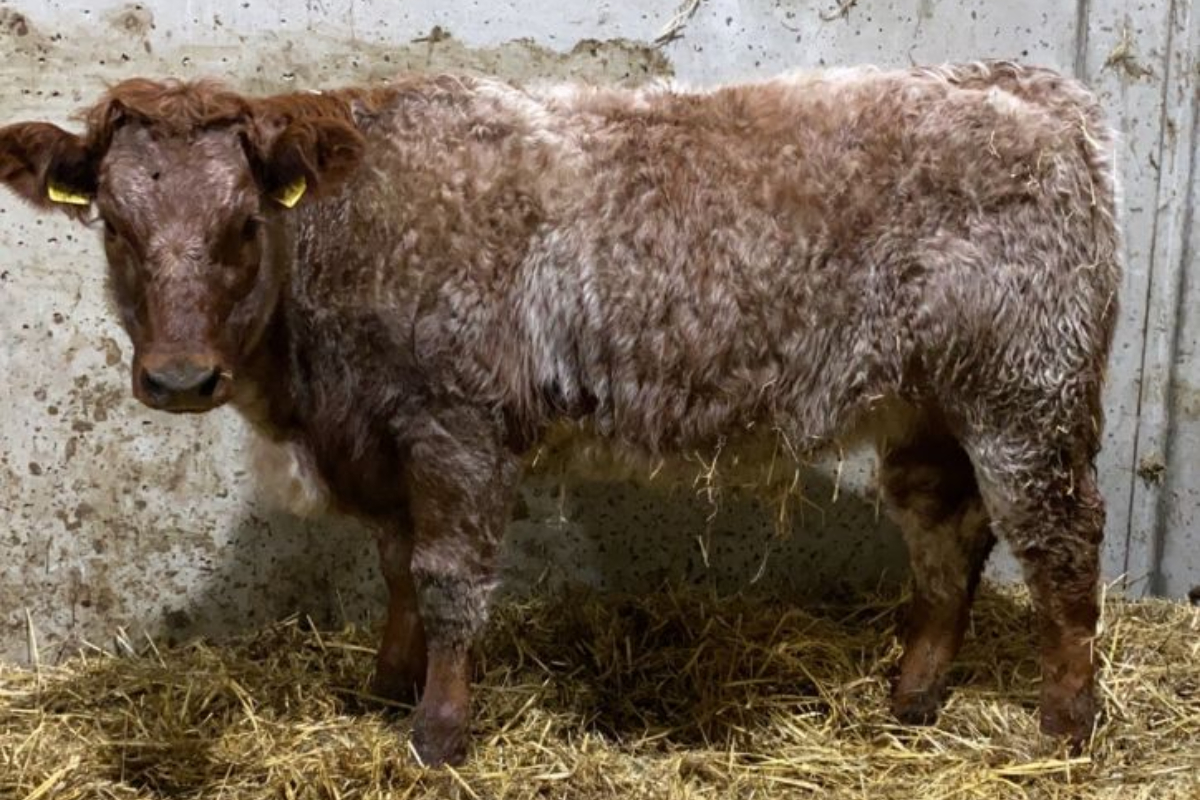 On the other hand, their 200 ewes are Tullow/Borris, which are Cheviot-cross-Suffolk. They cross them back to Suffolk, Texel, and Suftex rams and mainly buy hoggets in Tullow Mart.

They lamb their flock in January and February; lambs are fattened and sold for slaughter to Kildare Chilling.

“We do all our own work. We have a vast range of machinery including a teleporter, digger, tractors, muck spreader, fertiliser spreader, slurry tanker, straw blower, diet feeder, cattle boxes, quad etc.” 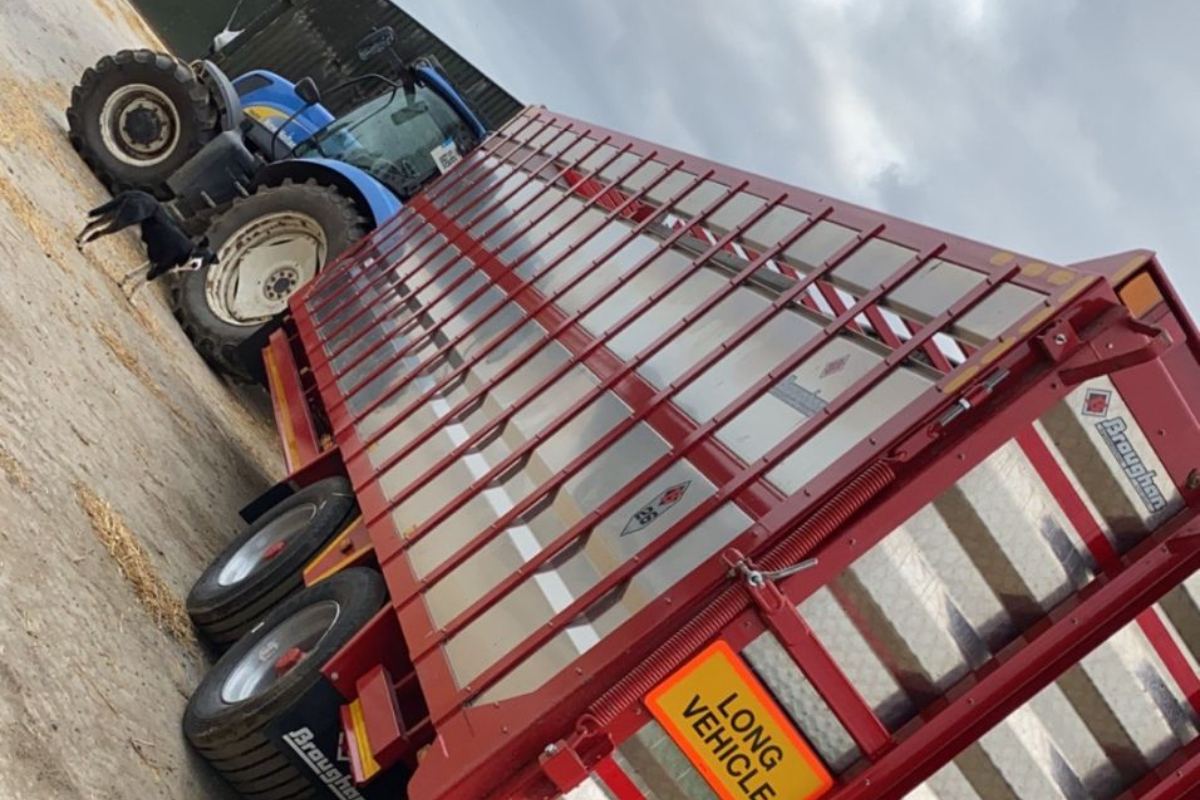 He transferred to Waterford IT to year two of a degree course and is now in his third year of the BSc in agriculture degree programme.

“Kildalton is great as you can do both the paperwork and the actual practical work on the farm. I completed a placement at Kildalton College and was here for four months, calving cows, lambing ewes, and assisting with the breeding programme, along with the help of Billy Fraher and John O’ Connor.” 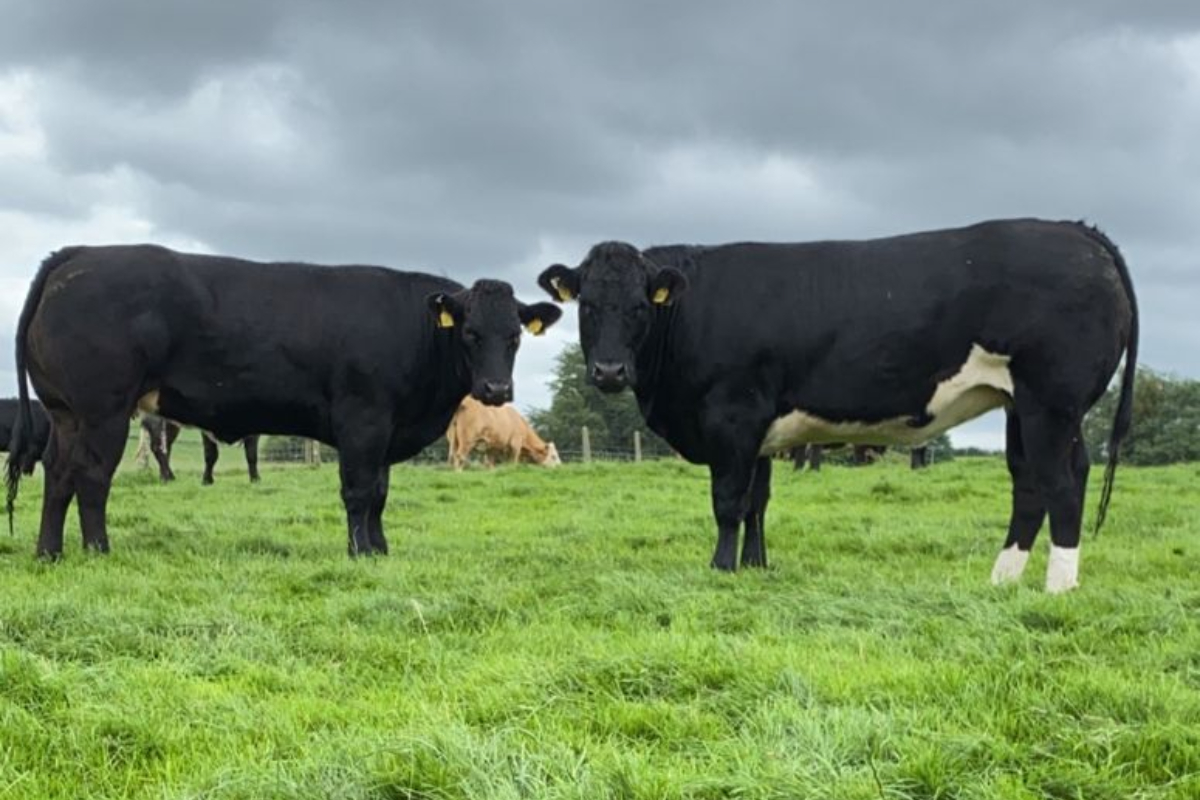 The third-year student provisionally plans to complete the level 8 degree in land management at WIT this September; however, he also has other prospects.

“I am debating on whether on doing this [level 8] or auctioneering as I have an interest in selling both livestock and property. Job-wise I would love to stay farming and either get a job in the agri-business sector or auctioneering.”

“My father [Anthony] is a builder; I thought about doing auctioneering in marts. My options are still open; I am still debating on what to do.”

“The course I am doing is good. In second-year, we went to Kildalton and completed practical work, which was good as you did not just learn out of a book, you learned doing the practicals as well.”

“Lecturers are trying their best online, but it is not the same as it is very hard to study remotely.” 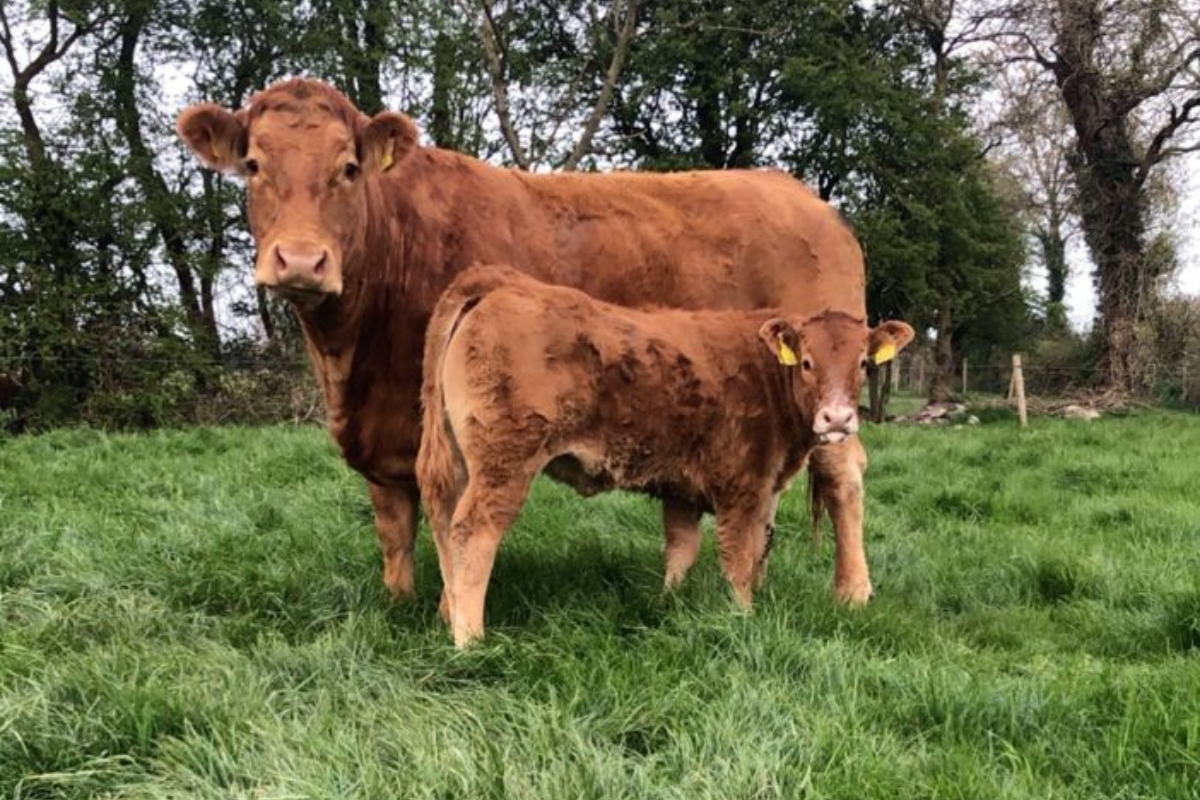 Conor feels the key to running a successful suckler enterprise is genetics to achieve good grades.

“Breeding has to be improved on all suckler farms. There is room for every farm to improve breeding; every farm has a bad cow or two. The aim should be to get rid of them and purchase better cows eventually.”

“A lot of suckler farms are, after entering the dairy sector, jumping on the bandwagon. If you want to survive in suckler farming, you have to get one calf per cow per year, have breeding correct and produce that good quality calf.” Conor Quinn concluded.