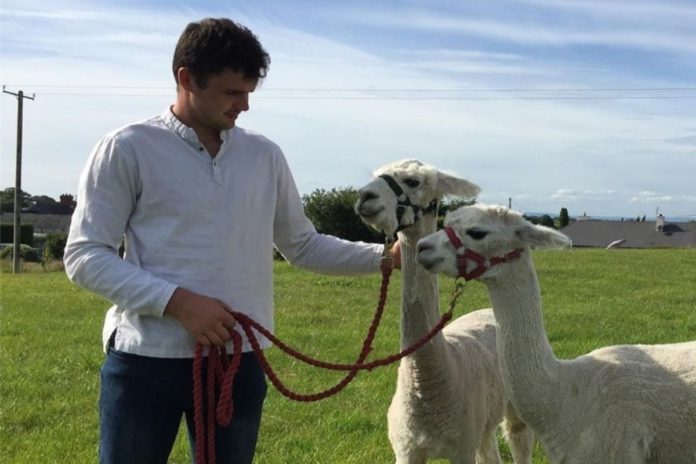 In this week’s Farmer Focus series, That’s Farming, speaks to Jack Saunders of Castleview Open Farm about the family’s journey from 100 beef cattle to an open farm and their 13-cow Castleview Simmental herd.

They farmed bullocks, bulls, and heifers down through the years and dabbled in calf-rearing but felt “the rate of return from these enterprises just was not viable in the long-run with the need to revamp sheds and purchase machinery”.

“With a large population of children in the nearby area and no real amenities for them to avail of, we thought to try to service this market with an open farm.” Jack, a 23-year-old full-time farmer, explained to That’s Farming.

The change also came from an environmental standpoint as the Saunders had a small land block and high numbers of stock. They found themselves exporting slurry and “constantly worrying” about nitrates limits.

“We housed around 100 cattle at any one time with a total land area of 30-acres. We bought heifers ready to be finished in 90 to 100 days and finished them all-year-round.”

“It was always a dream held by my mother, Margaret, to open a place like Castleview Open Farm, who retired from the council in 2019 to make it a reality.

“From then on, planning the layout happened relatively quickly, and we got straight to work. A lot of the paddock systems and play areas were planned as we went, with things like the café taking extra time.” 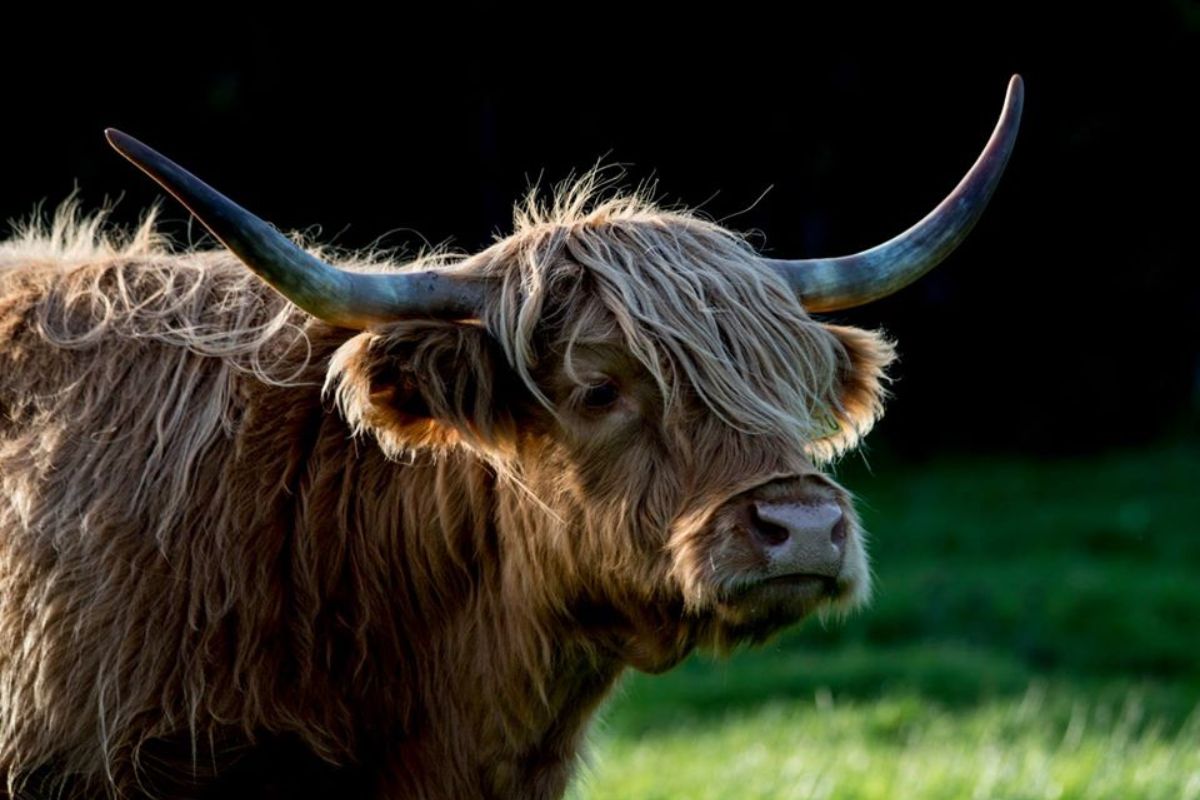 The Saunders phased out their beef enterprise by March 2019; however, they had already begun construction on the open farm at this stage, which opened to the public on July 27th, 2019.

Although the Saunders’ gates are currently shut to the public, due to Covid-19 restrictions, when permitted to open, they employ up to four part-time staff members – depending on the time of year. 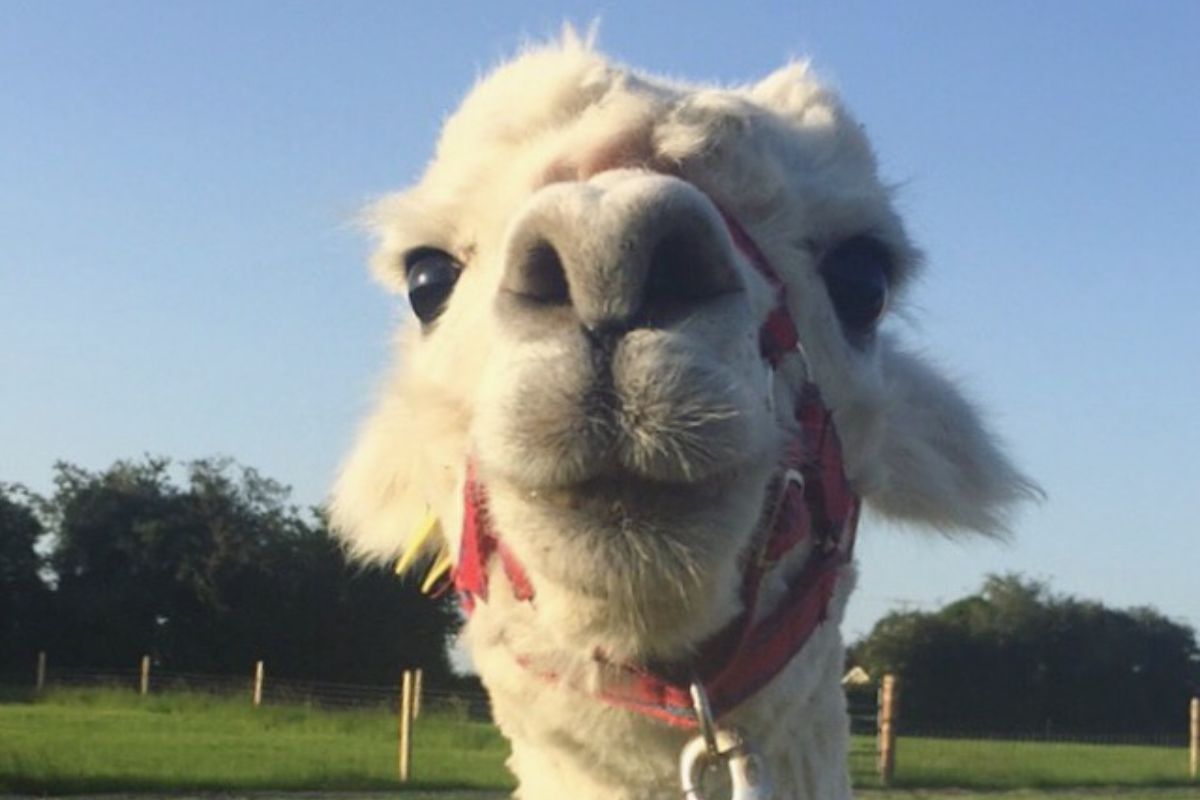 Visitors can expect a “fun-packed day” on over 14-acres of grassland and roadways, filled with animal interactions and play areas, as well as mini-golf, picnic areas and a further 2-acres of sheds, full of play spaces and small animals.

The family accommodate visitors ten months of the year and close for January and February as most of the animals are housed. They then open Saturday and Sunday during the school term and then five-days-a-week from Thursday to Monday, during holidays.

From July through to December 2019, they estimate that they welcomed approximately 6,000-7,000 visitors through their gates.

“Covid-19, like many other businesses, has critically impacted our trade as we have been closed more than we have been open since March 2020.”

“2020, we have also only been open select months due to restrictions, but this number has vastly increased. We hope to get open as soon as possible in 2021 to give us a better idea of what to expect in a normal year.”

“My mother, father, Stephen, who is a builder, and I feel the open farm was a great move and has certainly made the farm more viable. It is not without a lot of work, though, in setting it up and running it daily. There has been a steep learning curve where I have gained knowledge that I would not possess if we never embarked on this venture.” 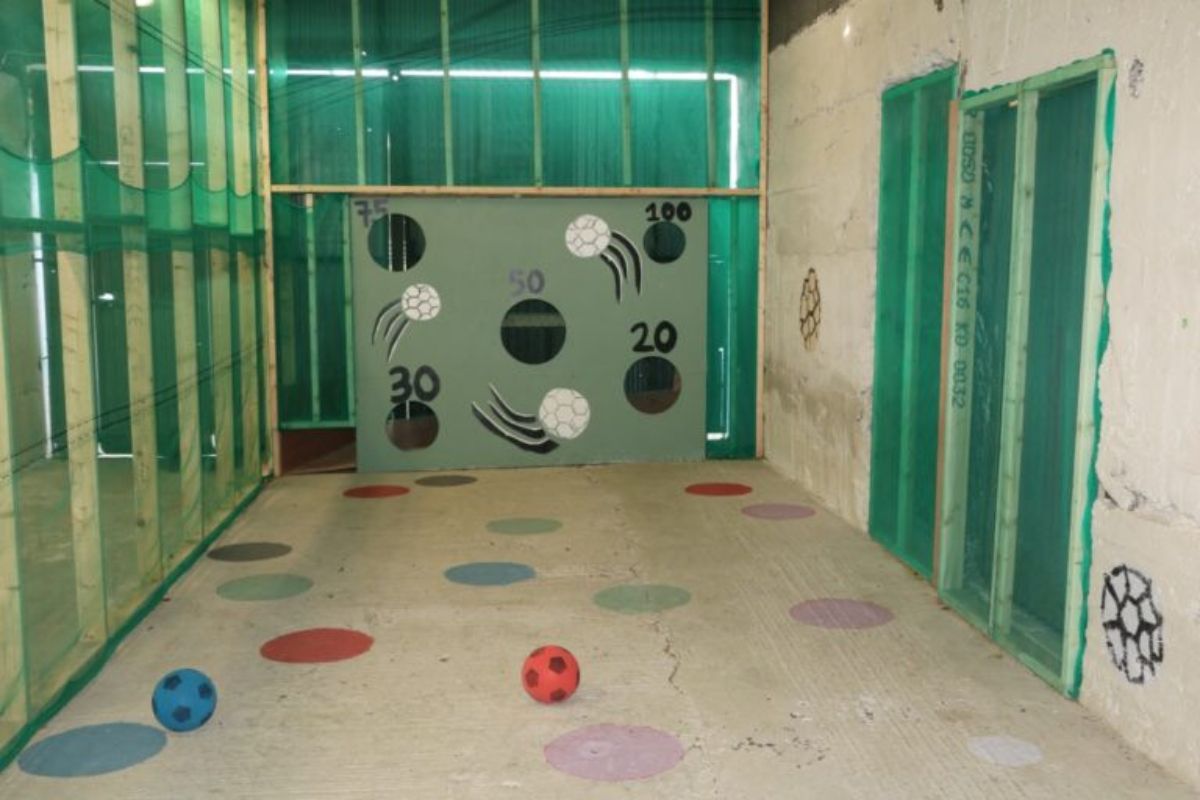 The family branched back into sucklers in November 2020 “to try and guarantee cash flow” for the business in quieter times of the year.

Jack bred and showed Simmentals under the Viscount prefix when he was younger and has since established the 13-strong Castleview herd.

“We farm our Simmentals on a 14-acre block at the minute and have leased a further 18-acres and sheds to accommodate young stock and winter feed. We will keep back a couple on the open farm with younger calves for visitors to see.”

They sourced foundation females from herds in Cork, Clare, Laois, Meath and further afield, and are hopeful that subsequent progeny may have successful showing careers.

“I was first introduced to the Simmental breed when I was five or six-years-old. My father had a great big brown and white suckler cow who was the herd’s pet. I remember asking him what breed she was, and from then on, Simmental stuck with me.”

“We are going to try to calf everything around December as when you go to sell your stock the following spring, you have animals 15 or 16-months-old who are ready to do a job for their new owner.”

“My ideal cow is feminine, fertile, wide and docile with good size and length. A key thing is that she has plenty of milk for her calf, but this is not a problem with the Simmental breed.” 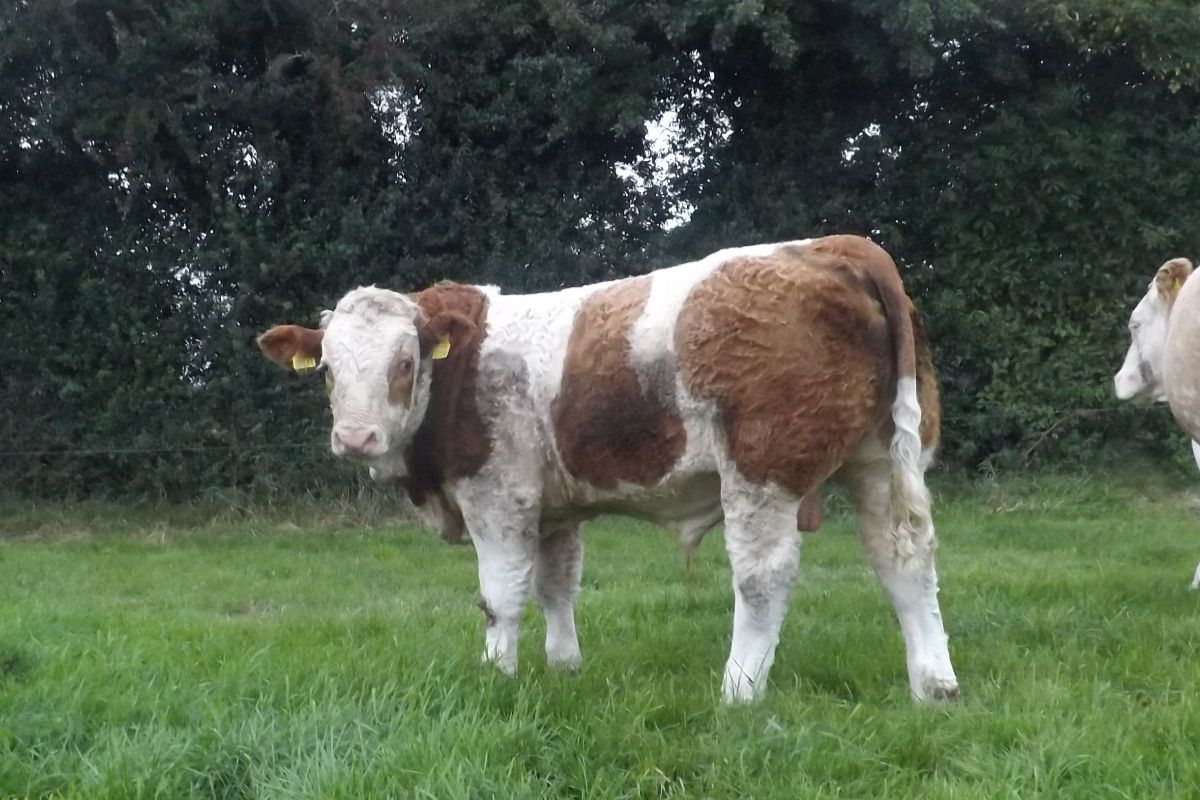 Furthermore, they hope to sell progeny both on-farm and at society sales and retain all heifers and purchase more for the foreseeable future to grow their herd.

“We calf heifers anywhere from 26 to 30 months. The difference, generally, depends on the heifer and when she will be at a mature enough stage to calf down and rear a calf of pedigree standard.”

The Saunders graze cows in one batch and provide access to fresh grass daily. “The calves will be put on once-a-day suckling from June onwards to break the bond with their mothers for bringing them to shows.”

They aim to achieve one calf per cow per year and advocate a simple culling regime: if a cow is not fertile or not performing and breeding to a pedigree standard, she will be removed. 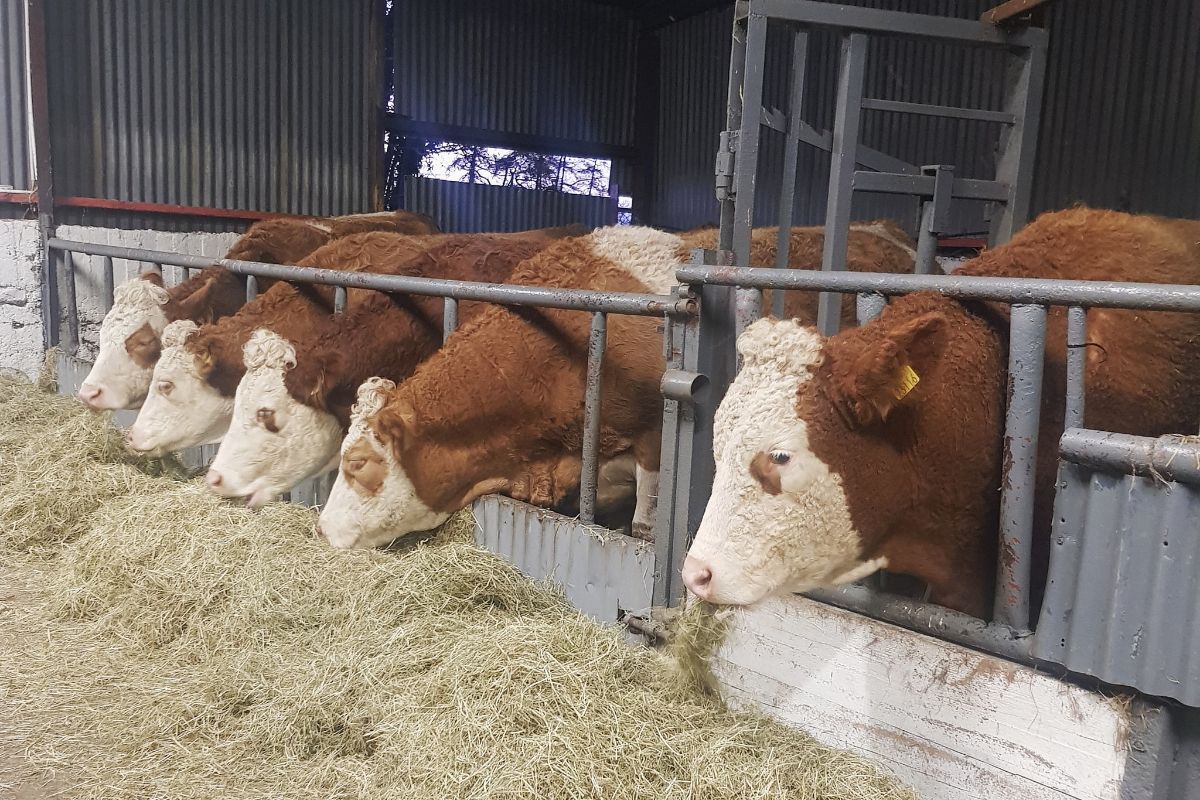 Looking ahead to the future, the family hope to expand the pedigree end of their herd, with their sights set on a 30-cow herd.

They also have a desire to improve their open farm with an annual target attendance of 30,000 visitors.

“Our plans include an improved outdoor playground, more sheltered areas outside and a more professional kitchen in the café. Furthermore, we would like to open an online shop on our website, expand our gift shop and possibly branch into pet food sales through our website.”

“I have a very optimistic view of farming in Ireland for certain sectors. Dairy seems to be the clear winner at the moment, but sheep sales also seem to be going well.”

“There are many challenges for the beef sector now, but I hope that the wheel turns again and beef will someday be profitable again. However, I believe that a niche market that suits you may be more sustainable in the long-run.” Jack concluded.

- Advertisement -
Previous article
Quiz: How well do you know Nissan Navara?
Next article
Just when you thought you had seen it all – a sheep farmer’s perspective