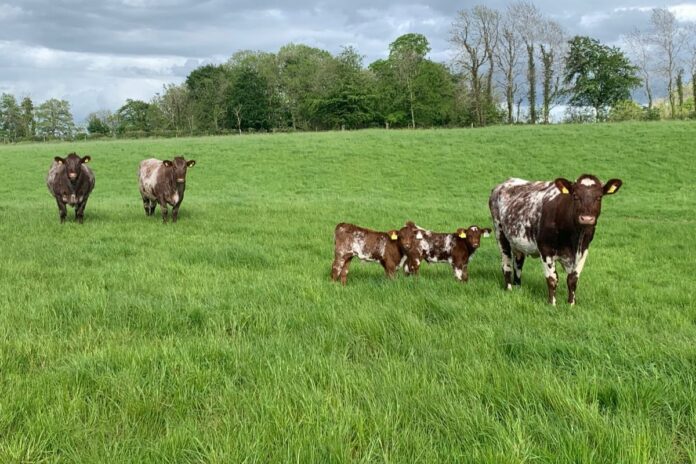 The risks of selling carbon credits: What Irish farmers should know

In this article, That’s Farming looks at the risks associated with selling carbon credits.

Recent news from the European Commission announced that Ireland is now faced with an ambitious 25% reduction in emissions from our agricultural sector.

Carbon farming has been a hot topic in recent years and has become a buzzword as we face into the uncertainties of the Climate Action Plan.

Moreover, farmers are keen to improve their soil structure and overall health, and in turn, sequestering and storing carbon in their soil, in a process what is known as carbon farming.

A carbon credit is defined by Oxford as a permit which allows a country, or organisation (in this case, a farmer) to produce a certain amount of carbon emissions, which can be traded if the full allowance is not used.

The EU’s Emission Trading Scheme was launched in 2005 as the world’s first carbon market, and to this day, it remains the largest. This scheme operates by issuing carbon credits. Up until 2021, it also allowed for the use of carbon offsets.

Here is an example of a way carbon trading operates:

So, if a dairy farmer in Co. Cork wishes to exceed the emissions permitted by its allowances, the farmer could purchase further allowances available in the market, to maintain the overall emissions equilibrium.

This might involve the purchase of credits from a farmer elsewhere in the country, who would not require their full carbon credit balance.

In recent times, farmers across Ireland have been approached to sell their carbon credits to other companies trading in the voluntary carbon market.

Furthermore, these businesses may not be involved directly in the agricultural sector, but wishes to purchase from farmers.

At present, as we enter the approved CAP from 2023-2027, a benchmark for individual on-farm carbon emissions has not been established on a farm level.

With the removal of the carbon navigator, and the introduction of the sustainability survey from Bord Bia, many farmers who are not involved in Bord Bia are uncertain of their carbon position.

In this instance, farmers do not have any clarification on whether or not they actually have carbon credits to sell, despite their possible potential to do so.

Losing credits from the agricultural sector

As a result of our uncertainties surrounding carbon balances, selling carbon credits from the agricultural sector would ultimately lead to a reduction in their availability in the future.

At some stage, which has not yet been confirmed, Irish farmers will require these credits, some more so than others.

Farmers positioned on a large scale with high levels of emissions will have the opportunity to offset this by purchasing from those on the other end of the scale.

In addition to this, it has also been reported that farmers may be paid by their corresponding processors for these credits.

In this instance, it may be a requirement that farmers must validate their carbon output is net zero in order to follow through with a sale to a processor.

It is also notable that once one carbon credit is sold, it cannot be re-sold. Furthermore, this would be deemed as double counting of carbon credits.

Previously, the EU has declared a plan to standardise the monitoring, reporting and verification steps required to trade carbon credits. However, at present, this has not been fully rolled out.

Resultantly, farmers or those involved in the agricultural sector have no assurance when trading in the carbon market. Farmers will query that the measurements allocated to their farm will be accurate for future markets.

Furthermore, creating a disadvantage for farmers, it provides a positive aspect for those large-scale companies within the EU who are willing to purchase available credits.

As we can see, there are currently no regulations or further oversight, which would be advised to be put in place before farmers become heavily involved in the trading market.

Already established in Northern Ireland, there is no baselining of carbon stocks on all farms. In turn, farmers need a verified carbon measurement, at minimum national book valued, from which they can refer to.

The National Agricultural Soil Carbon Observatory (NASCO) was set up by Teagasc in 2020, was established in order to monitor soils and set baselines on levels of carbon trapped in the land.

This baseline of this scheme, and NASCO organisation, is for farmers to be rewarded for improving their soil structure while simultaneously sequestering carbon.

In December 2021, Teagasc announced had commenced intensive monitoring of carbon emissions and removals across a range of Irish soils. The purpose of this was to prioritise Irish farmers and their reward for building carbon stores.

The new CAP includes several targets for the agriculture sector to introduce to contribute to national climate goals.

The programme will involve a definitive list of pathways and measures to deliver further reductions in our emissions, including:

The Carbon Cycle Institute defines carbon farming as a whole farm approach to optimising carbon capture on working landscapes by implementing practices that are known to improve the rate at which CO2 is removed from the atmosphere and stored in plant material and/or soil organic matter.

Innovation and carbon farming are included in one of the CAP 41 actions to achieve the targets listed above.

Furthermore, agriculture is vital in terms of contributing to the impacts of climate change. Agri-food businesses must improve and learn regarding their ability to participate in alleviating climate-related challenges.

Undoubtedly, the changes required will be challenging across the agricultural sector. However, as with carbon farming and carbon trading, these changes will introduce further opportunities for innovation, on-farm diversification and efficiencies.

- Advertisement -
Previous article
‘As a practicing solicitor attending court daily, I needed something outside work’ – Highland cattle breeder
Next article
‘Firm’ trade with prices to €1,445 over at Raphoe