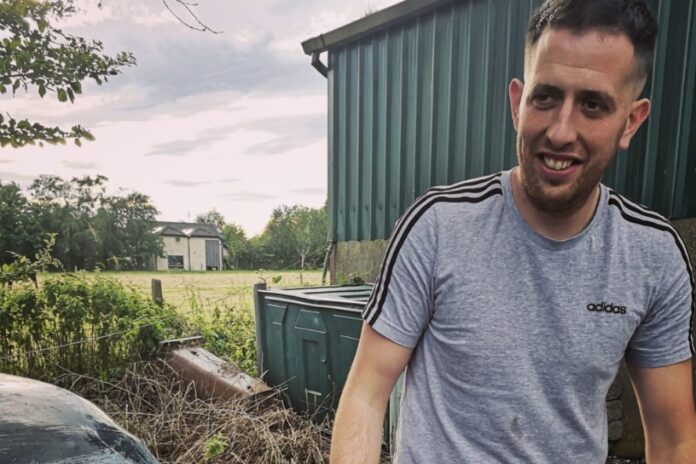 ‘I am keen to explore routes to markets for Beltie beef’

In this week’s Farmer Focus series, That’s Farming interviews Dermot Colreavy of Bodeen Belties. We discuss how he became involved in his farming career, his choice of Belted Galloways, the importance of grassland availability, his plans for the future, and a personal outlook on the next strategic CAP plan set to roll out in 2023.

After taking over the family farm from his late father, Dermot established his herd on 16-acres in Ratoath, Co Meath.

He farms part-time, alongside his off-farm job at the Department of Agriculture, Food and the Marine in Dublin Port.

Dermot’s farming career commenced ten years ago. He is a first-generation farmer, with his father not actively farming the land.

“My late father bought the land 35 years ago. He always rented it out until I took it over and started farming myself about 10 years ago, upon leaving college.”

His farming career began by purchasing up to 20 weanlings in March and selling in November time. In more recent years, Dermot began finishing cattle.

“The calf brings great excitement and a big milestone as this is the first-ever calf born on the farm.”

He established the Belted Galloway herd in May 2021.

He sourced the animals with the help of a fellow enthusiastic Belted Galloway breeder, John Mc Hugh, Co. Roscommon.

“I suppose, I always had a vision of building up a successful suckler herd of pedigree cattle.”

“Over the years of buying in cattle, I was always thinking about how I would like to have a closed herd and build up a successful breeding enterprise of my own,” Dermot tells That’s Farming.

After conducting extensive research into various breeds, he decided the Belted Galloway would work best for his farm.

“Apart from being visually pleasing on the eye, these animals are hard double-coated, which is ideal for out-wintering.”

“They are polled and, most importantly for me, are known for their ease of calving and have very good mothering instincts.”

As a smallholding, Dermot puts a lot of emphasis on sourcing high quality, well-bred stock. 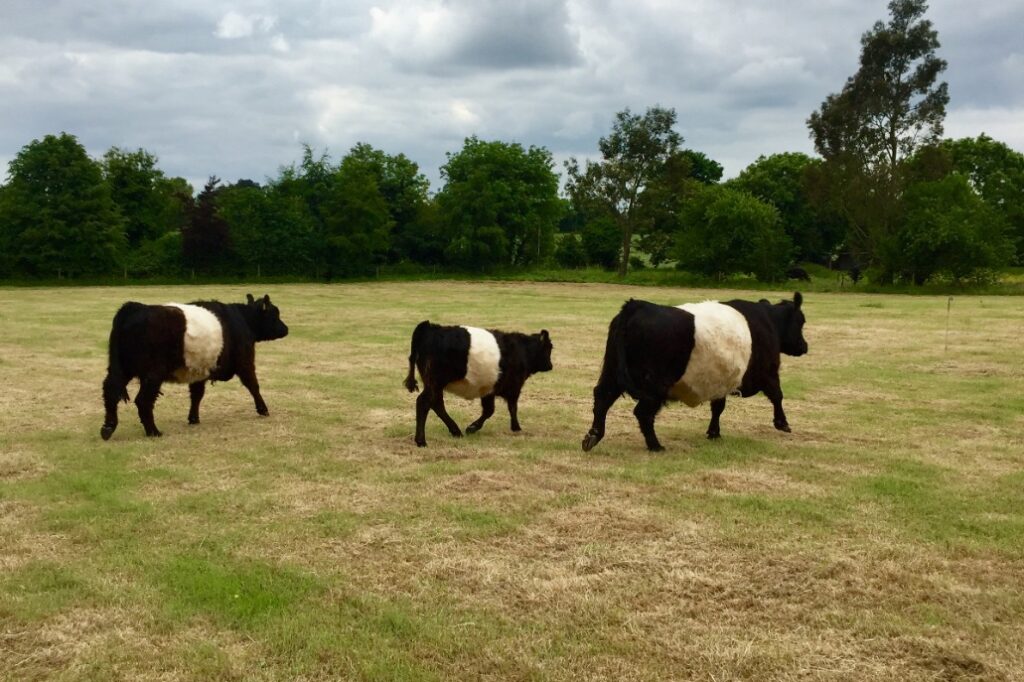 He will continue to use AI, while the number of breeding animals retained at Bodeen Belties is low.

“I aim to AI three breeding females in June and have them calving down in March.”

“A condensed calving window is imperative to the success of this herd. For me, working off-farm with small numbers, I need to have animals calving together to plan time off and be present over those days.”

When he was asked about his ideal cow-type, Dermot told That’s Farming, “what I am looking for is a well-bred, quiet animal that is capable of rearing a healthy calf each year, pretty simple.” 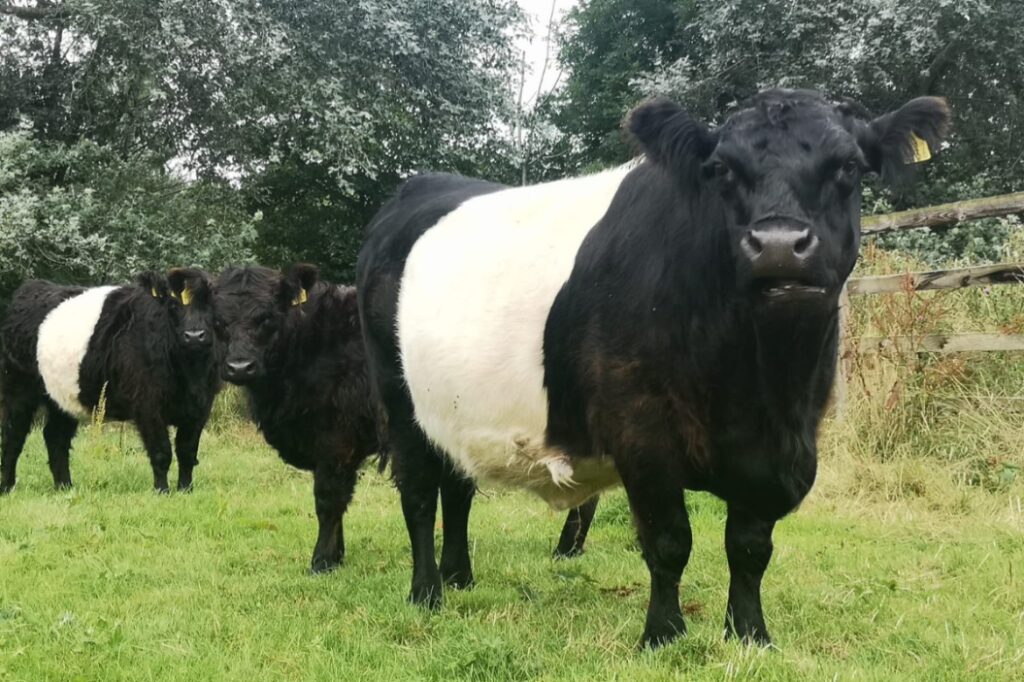 The future of youngstock

While the herd is still in the early stages, Dermot has plans in place for the progeny.

“Heifers that are born on the farm over the next few years to build up numbers. Males will potentially be sold as pedigree bulls.”

“Otherwise, I am keen to explore routes to markets for Beltie beef. I would like to be able to tell a story of the animal and build relationships over the years.”

Dermot believes there has been a shift in consumer attitudes, whereby new trends have emerged regarding how people desire their food to be produced. This includes organic, green production, sustainable foods, animal welfare, and so on. 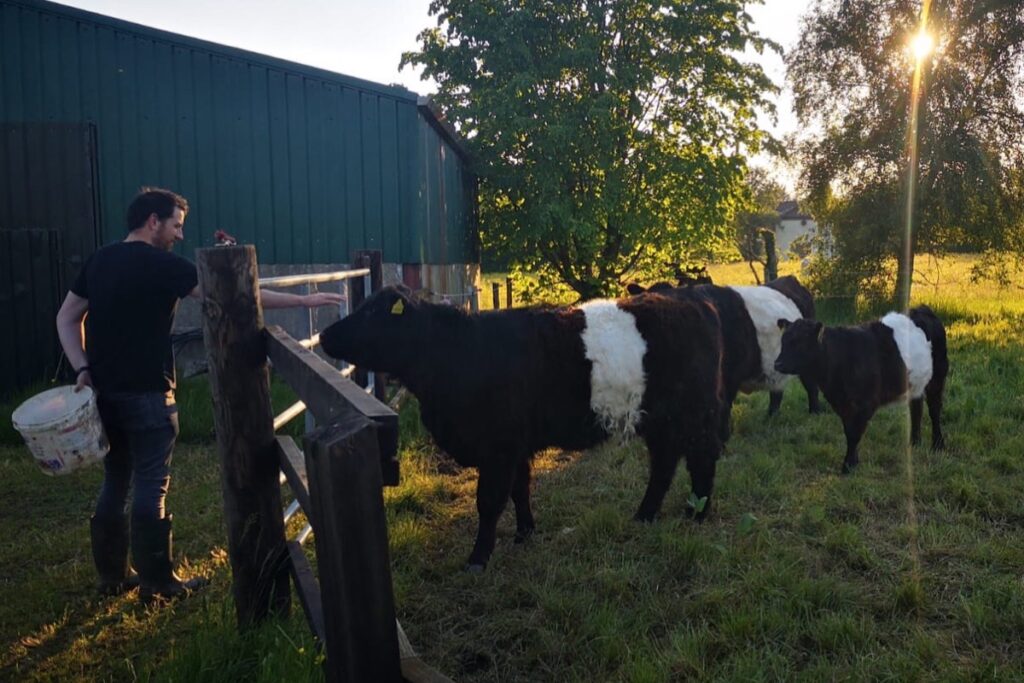 Like many farmers, particularly this spring, Dermot takes considerable actions to maximise grass availability on his farm.

“I have placed a high value on grassland management as it makes up virtually 100% of the Beltie’s diet.”

Rotational grazing is implemented on the farm throughout the grazing season; fertiliser is applied in small amounts. Likely, no fertiliser will be used in spring 2022.

“I am currently looking into incorporating clover into the sward to reduce Nitrogen input. I spread lime in January at a rate of 2t/acre.”

“The Galloway is an animal which is slow to mature. This means its beef has a special flavour and texture, which is achievable from grass alone.” 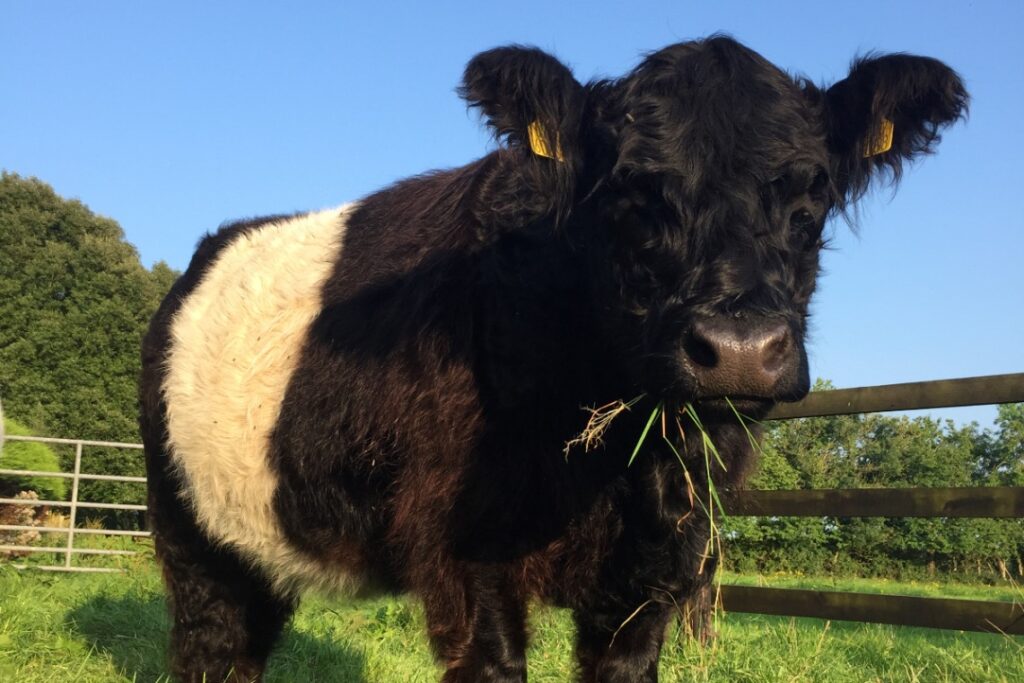 Dermot, who is a Department of Agriculture, Food and the Marine employee, sees the impact of the changes ahead, influenced by the next CAP.

“Farmers want to farm; they are resilient people.”

Dermot tells That’s Farming the importance of all stakeholders to be involved in the roll-out and participation of the outstanding measures.

“They require policymakers to draw on the technical knowledge and implement change in the form of top-down approaches that have investigated through extensive research.”

“Advisors will play a key role in implementing these changes on to an individual’s farm.”

Dermot emphasises the importance of a farmer being able to visually identify change being implemented on similar systems to their own, which is likely to drive a greater uptake in innovations.

The future at Bodeen Belties

Dermot’s positive farming experience thus far has provided him with the motivation to set in a positive outlook on future plans for the farm.

“Nearly a year into my Belted Galloway venture, I am very happy with how it has gone so far. My experience of them is that they are a lovely, docile, easily-managed animal.”

In saying that, he has set targets to build on and improve.

“On-farm, I would like to improve the genetic merit of the herd, to keep breeding standards high by accessing top genetics available to me across the Belted Galloway breed.”

“Off-farm, I am currently undertaking a Master in Agricultural Extensive and Innovation in UCD.”

“It is affording me the opportunity to immerse myself in research informing and equipping me with the skills and knowledge to implement advisory strategies.”

Dermot concludes, “The agricultural sector in Ireland is at a critical point as the industry faces a number of challenges. Primarily in the form of environmental, economic and change in consumer attitudes.”

You can view other Farmer Focus profiles.

- Advertisement -
Previous article‘Over a 50ha farm, this equates to a sum of €9,050’
Next articleUp to 560p/kg for hoggets as trade remains ‘steady’