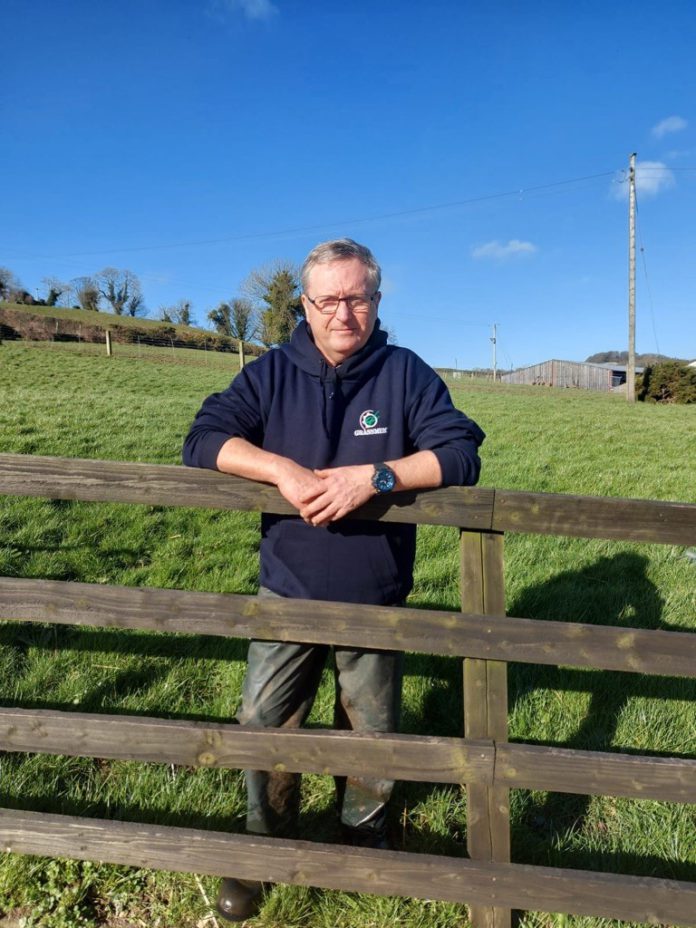 One suckler farmer who breeds his own replacements and retains these as part of a 24-month-old calving system for the last number of years is Ballynahinch Business Development Group (BDG) member, Will Brown.

He purchased a Simmental bull back in May 2011, which was only sold last summer. This year, the tenth crop of potential replacement heifers will be born from this bull.

These are all desirable traits from which to breed sustainable replacements in that the bull would produce females that would calve easily, produce good milk yield, and have the potential to put fat on their backs to keep feed costs down.

The resultant Simmental heifer replacements are then mated to Limousin, Blonde and Charolais bulls for hybrid vigour and extra conformation.

Will is operating a tight spring calving. This means the two options for calving down heifers for the first time are at 2-years-old or 3-year-old.

He decided on the 2-year-old option, and from his experience, he has found these are easier calved than a 3-year-old heifer calving for the first time.

Within the BDG programme, Colin McEvoy, CAFRE’s local beef & sheep development adviser, organised a BDG meeting on Will’s farm. Group members were able to view a selection of offspring from his bull at various stages; maiden/bulling heifers, heifers that calved down at 24 months and cows that subsequently calved at 3, 4 and 5-year-old.

He exhibited the animals’ weights at different ages with the final cow mature weights, illustrating no detrimental effect on mature cow weight as a result of initially calving heifers at 24 months of age. 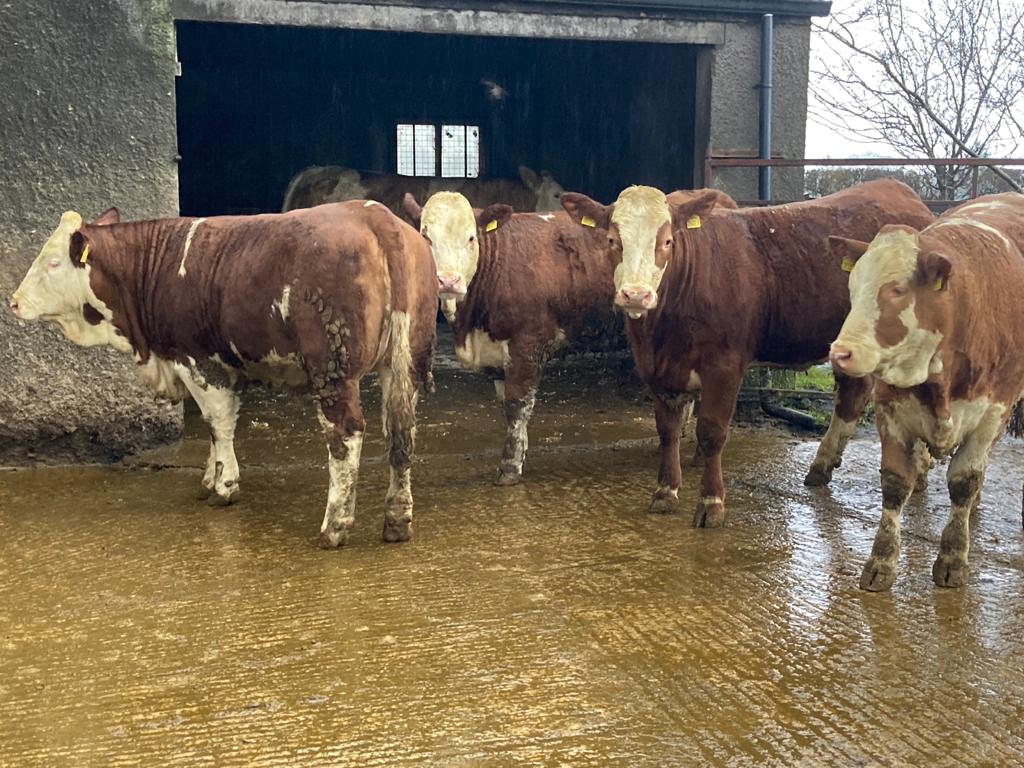 To achieve 24-month-old calving successfully, Will aims to meet the following targets annually:

Will commented that good growth performance, especially during the calves’ first winter, is required to meet these targets.

Management between 24 months (1st calving) and 36 months (2nd calving) is crucial to ensure the heifer calves again with her second calve at 3-year-old.

He focuses on giving his first calving heifers preferential feeding from first calving down to service again, running these heifers as a separate batch from the main herd.

Will added that “24-month-old calving is more efficient than 3-year-old calving”.

There is one less batch of heifers to run and, therefore, the ability to carry more cows on the farm, and the potential to produce additional calves.

If any of the replacements are not as desired, there is the option to sell them off before they reach 30 months of age; potentially commanding a higher price of the cull animal.

According to By Colin McEvoy, every farm needs a replacement policy to maintain numbers, CAFRE beef & sheep development adviser, Co Down.

It is, therefore, good to have a clear policy and plan in place to maintain numbers.

The two options, he pointed out, are 1) to buy-in or 2) breed your own, which needs to be carefully considered depending on the individual circumstances.

What characteristics are you looking for in a sustainable suckler cow?  These may include hybrid vigour, milk, calving ability, longevity, size, or breed.

“Will has demonstrated that breeding on-farm is a viable option, keeping a closed herd and affording him the choice of genetics tailored to his requirements.”

“Calving down his own replacement heifers at 2-year-old is proving successful on Will’s farm, allowing him to run an efficient suckler cow enterprise.”

“Cows don’t last forever and will leave the herd for several reasons. They may be old, sick, or lame. It may be that they did not hold in calf, have poor fertility or poor productivity, or have other undesirable traits like being aggressive.”

An advantage of choosing option one and purchasing replacements is that they can be simple to manage; they can be bought in at a desired age or time and selected according to availability.

However, this choice poses several disadvantages. Biosecurity can be compromised as you are running the risk of bringing in unwanted diseases.

It can be costly and time-consuming sourcing them. You can be limited with availability meaning a lack of control of the genetics sourced.

Breeding your own may be the preferred option. In this instance, it can be advantageous in terms of biosecurity, maintaining a closed herd, McEvoy added.

You also have control over the particular sire genetics and can select on the dam performance history.

On the downside, he added, you can have a limited supply of suitable replacements coming on to meet your need.

“There could be a reduced cash flow as animals are kept within the herd. There could be the need for an additional bull, a maternal bull or AI, resulting in more cash outlay,” the CAFRE advisor concluded.