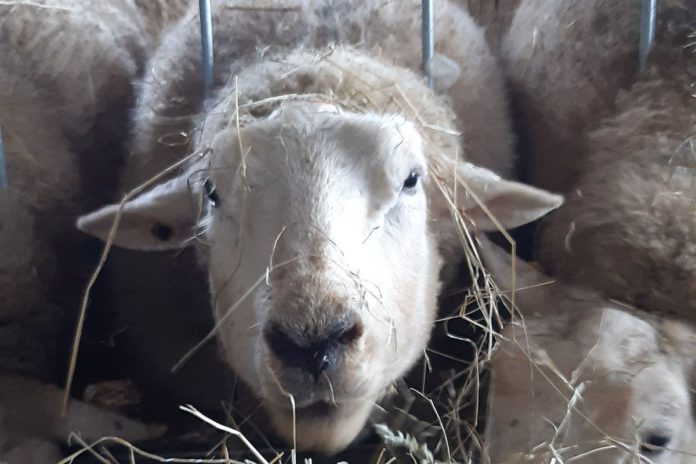 Farmer’s Diary: A week in farming makes such a difference

I’ve said it before; how a week in farming makes such a difference, says Clodagh Hughes, who writes about a week in life of a sheep farmer.

Last week, I was getting worked up over jobs I needed to do on the farm and getting in another load of hay was a big one.

As we all know, things tend to work out in the end, mostly.  And my week ended so much better than it started.

I want to take a minute to explain why it appears that I seem to make such a fuss about my farming jobs.  Firstly, I have no problem admitting that, as a woman in agriculture, there are certain physical limitations to my capabilities.

Now, this is exacerbated in no small part to a number of serious injuries I sustained in a motorbike accident 10 years ago.

But, I’m a very determined, if not slightly stubborn individual, and the expression ‘if there’s a will, there’s a way’ has always been a mantra for me.

As you may have gathered by now, I’m still only building up my wee farm and flock and naturally I can’t afford to buy all the farm toys that I need (or want!) straight away.

So, you make do with what you have, you borrow what you can and for everything else, you just have to do the bull work yourself.

It’s also time I gave a shout out to the magnificent man behind this brilliant woman! His name is Alan Duffy, and he’s my husband, partner, and buddy. And without him, I couldn’t do what I do.

9/10 it’s his muscle power I call on for anything I can’t manage, and he mostly obliges me! He has also come up with numerous great farm fixes. 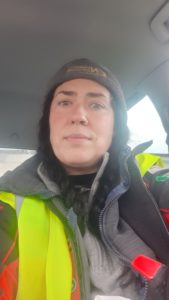 Interesting sheep fact for today…it’s in the last 6 weeks of pregnancy that most of the foetal growth occurs.

And, although I’ve started giving my ewes some high protein concentrates, which is necessary for lamb growth, energy for the ewe and for milk production post pregnancy, I’m delighted that they are only on a small daily ration along with good quality hay.

Going back to tupping season; my ladies were all in great condition before the ram was introduced and this has paid off really well.

Because they were all in such good shape, I was able to delay the need to add meal to their diets, thus saving myself a few bob.  Although, I guarantee I’ve already spent whatever I saved! Ahem.

The point I’m making is that from now until lambing I just have to maintain the ewes as they are. I must ensure that I do not overfeed the ones carrying single lambs, as this can result in the lamb growing too big for a comfortable birth. Animal welfare issue alert!

Of course, you’ll have big lambs and difficult births with multiples, first-time mothers and many other issues associated with lambing.

Primarily, my goal is to have as smooth and safe a lambing as possible for me and my woolly ladies.

Take care until next week’s a week in the life of a sheep farmer.

- Advertisement -
Previous article
VIDEO: 3 ways you can make your farm safer in 2021
Next article
How to start a small vegetable garden in Ireland