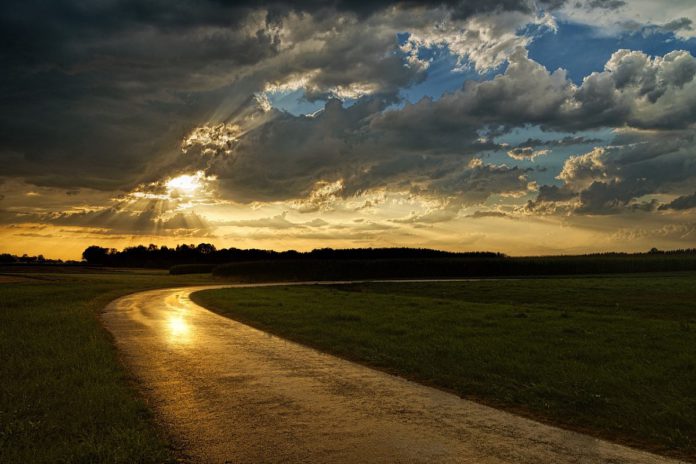 There will be sunny spells and blustery showers today (Monday, December 14th), according to Met Éireann.

Showers will be most frequent and heaviest in the west and south with drier conditions and isolated showers elsewhere.

It will be mainly dry elsewhere with good clear spells and some mist patches.

It will be generally dry with good sunny spells, the best of which will be in the north and east.

It will be cloudier, with frequent blustery showers in southern and western counties, some of which will move further inland.

Temperatures will reach 6 to 10 degrees before dipping between 3 to 7 degrees tomorrow night. Furthermore, cloud will push up from the south ahead of heavy rain later in the afternoon.

Tuesday night will see wet and windy conditions with heavy rainfall throughout the country bringing a risk of coastal and surface flooding.

It will be wet and windy to begin, according to Met Éireann. Strong and gusty, mainly southerly winds, will veer south-westerly during the afternoon.

Rain is set to clear north-eastwards with scattered showers to feed in from the Atlantic.

Temperatures will rise between 8 to 11 degrees during the day with lows of 3 to 6 degrees on Wednesday night.

It will be dry on Wednesday night with showers to continue to feed in from the Atlantic. Some mist and fog patches will develop in light to moderate south to southwest breezes.

Thursday morning will see a mix of sunny spells and scattered showers, according to the national forecaster.

Rain and drizzle will feed in from the west later in the day with highs of 8 to 11 degrees.

Temperatures will decline slightly to 7 to 10 degrees on Thursday night with a further spell of heavy rain to move in from the west later in the evening.

Met Éireann predicts a wet start to the dry as rain moves across the country eastwards. Showers are expected in the afternoon with highs of 9 to 12 degrees.