That's FarmingThat\'s Farming Irelands Largest Farming News, Properties and Classifieds Network
HomeEditor's Picks‘I made a loft in one of my sheds; I could not... 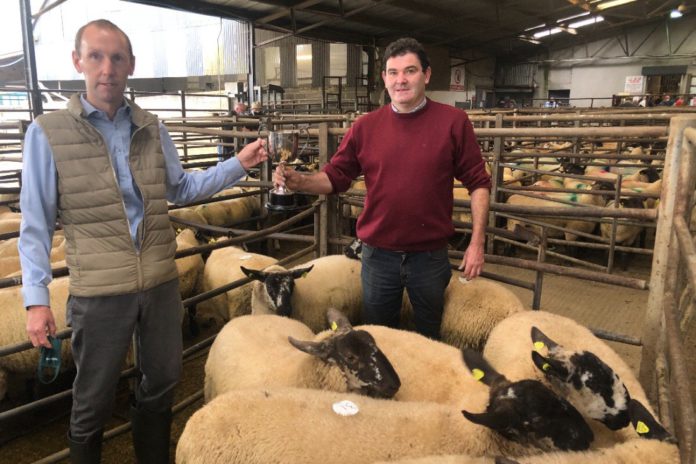 “I took over the farm from my late father, William, (known as Sonny). He always kept Wicklow Cheviot ewes on the farm,” the Tinahely Teagasc Centre Green Certificate graduate told That’s Farming.

“So, it was a tradition when I took over, and I did not change the system.”

“My mother continued on the farm after the passing of my father. So, I got an interest in farming, and I did the Green Certificate in the early 1990s.”

Peter outlined why he chose Wicklow Cheviot sheep and the traits he strives to breed.

“There is a premium there to be got in that ewe lamb replacement market. Half of Wicklow would be using all grey face ewes with a Charollais ram or maybe in Kilkenny a Texel ram.”

“Ewe lambs out of the ewes are only really making the same price as their male counterparts. It is a Wicklow Cheviot ewe crossed to a Suffolk ram which is a highly sought-after replacement cross.”

He purchased one of his Wicklow Cheviot rams from Phillip Hobson, for €1,100 and the other ram from breeder, Thomas Burke, for €1,200.

“I like Suffolk rams because they have clean legs and sharp heads,” explained the farmer, who added that September marks pre-mating on the farm.

“It is very important to have ewes in good condition until the rams go out with them”.

“I normally select out ewes three weeks in advance of the rams going out with them and put them out in batches of 40 to 45.”

“They are vaccinated, dipped with a plunge dipper/dosed and get their feet done.”

Mitchell Engineering erected his Department of Agriculture, Food and Marine grant-aided lambing shed. It is a six span, 22ft bay back-to-back structure with a 30ft passageway with walkthrough pens.

He outlined why he lambs in March. “I get grazing out of them fields with ewes and lambs up to April 15th. The fields are all located around the farmyard.”

“Them fields are saved up in November for silage, and they are moved down to the lower land fields.”

Sylvester Gorman carries out scanning during the first week of January. Any sheep he reports to be predicted as having triplets is housed by Peter for selected feeding.

According to Peter, the Wicklow Cheviot Sheep Owners Association agreed to a deal with Quinns of Baltinglass to provide ewe concentrates to their 150 members.

The Wicklow Cheviot Sheep Owners Association vice-chairman explained that he retains 10% more than he culls.

He keeps a small percentage (30) of later-born Suffolk Cross Cheviot cross twin ewe lambs and sells them as hoggets the following year.

“If they are born in the last few days of March, you would not have them ready for the shows and sales at the right weights at the end of August.”

He castrates the males within the first three days and administers a Neospora vaccine and a second dose 4-5 weeks afterwards.

They are then weaned on July 1st, with the silage cut on the farm by June 10th.

He sells his lambs at Carnew Mart or Irish Country Meats, Camolin, with these being R3 or U- grades. 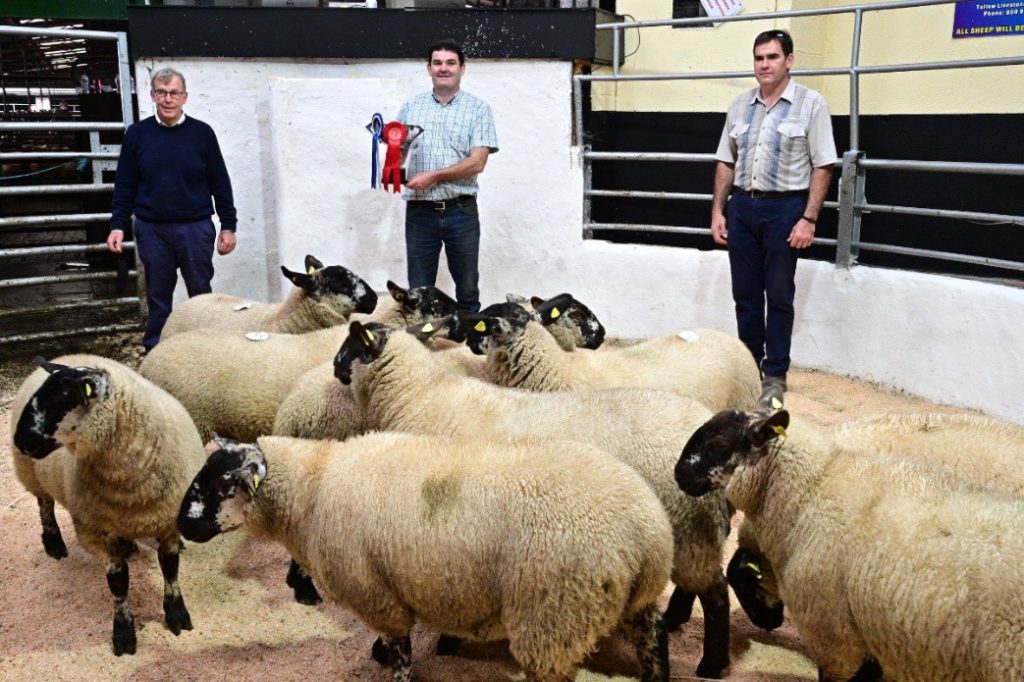 “I enjoy working with sheep. Also, I love the idea of selecting uniform sheep and bringing them out to shows and sales.”

“It is a bonus if you get a prize, but normally if you put the effort in and select out your sheep properly, you get well paid on the day.”

Peter attended Tinahely Agricultural Show before the Covid-19 pandemic along with other events. He feels these events provide a “great shop window” for the breed.

“Shows and sales are very much a shop window. The Wicklow Cheviot Sheep Owners Association help to promote the shows by advertising.”

In Peter’s view, there are always concerns to overcome in the field with one of the most significant, dog attacks on sheep.

The Wicklow IFA commodity chair outlined other difficulties he faces starting with the result of Budget 2022.

“I was disappointed we did not get the €30/ewe all farm organisations had hoped for. Overall, I wanted to see people lambing the ewes and working for their sheep flocks being rewarded.”

“I would certainly like to see something done for the wool sector as the wool market is non-existent.”

“My last two years of wool is here; I could not see myself selling wool for 20c/kg. Every other product we buy went up twofold from meal to fertiliser, but wool is stagnant.”

“I refuse to sell it for the price it is being offered at. So, I made a loft in one of my sheds and backed the wool up there.”

“I would like to see a wool support mechanism put in place that wool could be made viable. The cost of shearing is €2.00-€2.50 per ewe, and it is a loss-making exercise.”

Peter explained why he believes sheep farming is a viable business.

“I see sheep farming as a viable business as long as commodity costs do not circulate out of total control.”

“Meal prices this year are gone through the roof, and fertiliser prices are gone completely. If reports of what is going to be priced in front of us next spring, it is going to be non-viable to trade.”

“Grassland management could even be more important in the years ahead.”

Peter outlined his advice for an aspiring sheep farmer.

“For anybody getting into sheep farming, do it, build it up, get it right from the start, get a nice flock of ewes in, and have good quality there from the start.”

“Do not go away and buy a whole load of ewe lambs the first year and think you are going to turn it into gold.”

“You are better to build it up with quality stock, a quality ram and see what progeny they come with and ride the ride rather than jumping in with too big of numbers at the start.”

Peter’s highlight is securing €270/head for lambs at the 2021 Aughrim Sheep Breeders’ sale.

He intends to maintain current ewe and suckler cow numbers, reseed ground, and move lambs to the market as early as possible.

“I would always be trying to improve the ewe flock and get it up to an even standard and constant high level.”

“It is about getting the bottom percentage of your ewes up to an even standard that you ewes are at an even level.”

“I see reseeding of fields as key to that (moving lambs to the factory) and keeping improving the performance and getting the higher standards of your livestock.”

Peter shared his view on the future of sheep farming.

“I see a good future for sheep. There seem to be more markets opened up in the last year-and-a-half for sheepmeat and across Europe.”

“This year is the first year lambs did not take any drop along the peak time of July/August and September.”

“The store lamb producer got a decent break and for their lambs. In many cases, they got a three-figure sum of €100,” the sheep farmer concluded.