That's FarmingThat\'s Farming Irelands Largest Farming News, Properties and Classifieds Network
HomeFarming News'Where the land is planted, there is no longer any need for... 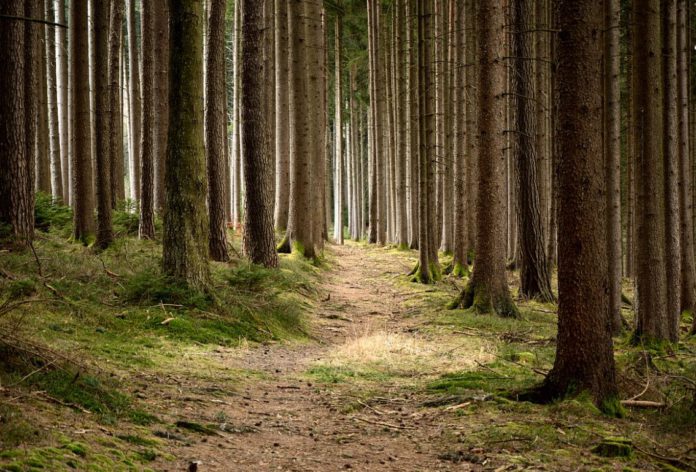 ‘Where the land is planted, there is no longer any need for the farmer’

A proper forestry policy should deliver for everyone and be of benefit to the community, the local economy, and the environment.

That is the view of Sligo-Leitrim-based TD, Martin Kenny, who spoke as Minister of State at the Department of Agriculture, Food and the Marine, Senator Pippa Hackett, presented the Forestry Miscellaneous Provisions Bill 2020.

Kenny believes the government should bring a new forestry programme to both Houses of the Oireachtas in a “prompt” manner, accompanied by further legislation to address outstanding concerns.

He said his party will be supporting the substantive motion before the House to save rural jobs and ensure that the forestry industry can continue to operate.

Kenny stressed that the Government must live up to its part and ensure that rural Ireland can be made vibrant once again.”

He said he represents County Leitrim, where up to 50% of the land available for forestry is under Sitka spruce primarily. “This frustrates and annoys the communities living in the areas in question. Many years ago, I spoke to a man in Ballinamore.”

“It was the evening, and the lights were coming on as darkness fell. He pointed to the mountain behind the town and said he remembered when there were hundreds of lights on the mountain and that the only thing there now was trees.”

“That is what is happening, not just in mountainous and hilly areas but in every part of County Leitrim.”

“It is really frustrating for farmers who want to buy a piece of land beside their farm but cannot do so because they are outbid by big corporations which purchase it for investment purposes and then plant it.”

It is an issue that is “extremely sore and annoying” for people living in rural areas, Kenny stressed.

His own parish has seen “huge” amounts of forestry development and a local school has had its number of teachers reduced because there are so few families living there.

‘Where the land is planted, there is no longer any need for the farmer.’

“When I look at the horizon beyond my house, more than three-quarters of it is made up of conifers,” he revealed.

“There is no need for anything really. As far as the community is concerned, that piece of land has become sterile.”

He stressed there will be a lot of activity on land for three weeks every ten or 12 years when trees are cut and drawn away but then there is “nothing again for years”.

“If we are going to have parts of the country under large amounts of afforestation, something must be done to replace the communities that are being displaced by that afforestation.”

“If we are going to move forward on these issues, to look at all the factors in the round and ensure we deliver for people in rural areas, we have to recognise the problems that exist.”

“The answers to all of these problems are most likely to be found among the people who live in these areas and are dealing with the problems.”

He appealed to the Minister of State, Senator Hackett, in particular, to talk to people.

Kenny said one of the biggest problems is the change of land ownership. In places such as County Leitrim, land is moving out of the hands of the community and into the hands of corporate interests.

“If it does not happen at the beginning, it happens towards the end. Farmers decide to plant their land, and for 15 years, they will get a premium on it.”

“By that stage, they are getting a little older, they might need a hip replacement or whatever else, and they need to get a few bob together.”

“They get the thinnings out of it, but there is no more premium coming, and it will be another 20 years before they see another bob.”

“It is at this point that the company which brought away the thinnings may offer to buy the whole lot, and that is when the land transfers from local to corporate ownership. The same thing is happening all over the place.” Kenny added.