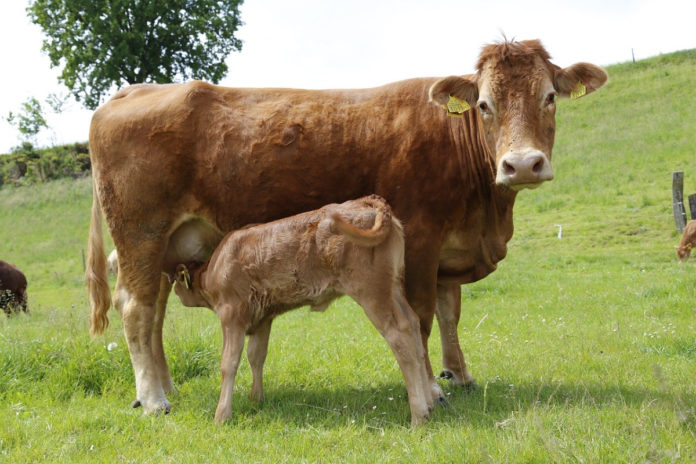 What are the best methods of heat detection?

The breeding season is due to start in many spring calving suckler herds in the coming weeks, writes Nigel Gould, CAFRE Advisor.

To deliver high levels of fertility, with a calving index of 365 days, cows should be in a rising plane of nutrition with a body condition score of 2.5+.

Replacement heifers, particularly those targeted to calve at two years of age, should be bred two to three weeks before the main herd. This allows them extra time to recover after calving in advance of the subsequent breeding season.

Where a stock bull is being used, don’t assume he is fertile from seeing cows being served. A pre-breeding fertility test should be carried out to confirm the bull is fertile.

Even where this is the case, periods of sub-fertility can occur later in the season. Record all repeats to quickly identify any problems.

Where AI is being used, heat detection is often the main barrier to success, especially with a spring calving herd. Cows and heifers should be observed three times per day.

Where this isn’t practical, a range of options are available to help maximise the heat detection rate. A vasectomised bull fitted with a chin ball harness containing a type of paint is often cited as the most successful. The vasectomy needs to be carried out at least six weeks before the bull is required.

An increasing range of higher-tech options are available, primarily based on movement data and electronic identification. These alert the farmer by text of individual cows being in heat. Again, a vasectomised bull may be required.

Tail paint and scratch card/ink well type products are another option, however, success rates with these are variable. False alerts can sometimes be triggered where cows scratch themselves under trees or hedges, particularly in warm weather.

Where heat detection is still a problem and labour availability is low, speak to your vet about an appropriate synchronisation protocol using Fixed-Time AI (FTAI). Research by AFBI has shown FTAI is a viable option, however, there can be a large variation in conception rates across herds.

The key is to have cows in good body condition and to adhere strictly to the timing in the particular programme protocol.