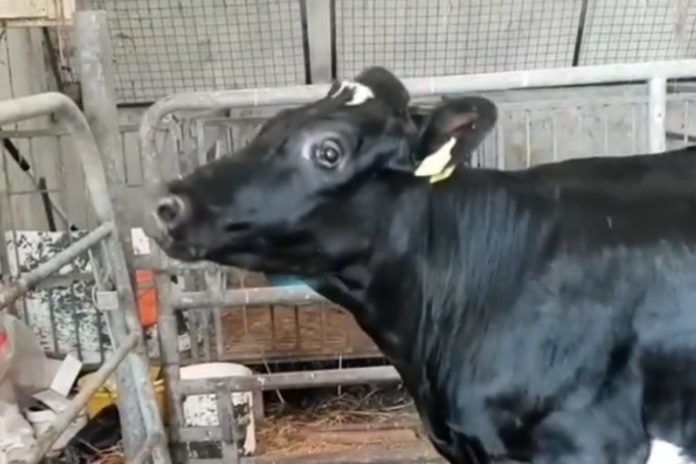 Large animal vet, Gerard McGovern, was recently called to a 15-month-old Friesian heifer, which was found in a grazing paddock, showing signs of incoordination, stargazing, apparent blindness, and muscle trembling.

The Cavan native explained that history and clinical symptoms were highly suggestive of Polioencephalomalacia (CCN/cerebrocortical necrosis), albeit, in an age group slightly older than is usual.

Treated with high doses of thiamine, the heifer showed immediate response and within a 12-hour window, was “almost back normal”, the vet explained on his popular Instagram account.

It is an occasional finding, but it can occur in outbreaks, mainly impacting cattle that are between 6-18 months of age and sheep.

It is often associated with well-nourished calves that suddenly find themselves on a lower plane of nutrition.

“Adult ruminants depend on rumen microbes for their source of thiamine. (vitamin B1). CCN is associated with digestive disturbances, causing changes in the rumen microflora, allowing the proliferation of microorganisms producing thiaminase, resulting in an induced thiamine deficiency.”

The UCD graduate explained that high sulphur diets can trigger the condition, adding that some ferns contain the thiaminase enzyme and if ingested, can also cause the condition.

Clinical signs are as described above, often accompanied by head-pressing, opisthotonus, recumbency, convulsions and blindness.

In some cases, as the diseases progresses, seizure activity is common, if untreated.

Treatment, he added, comes in the form of large doses of thiamine for a 3-5-day period. This condition, if left untreated, will lead to death.