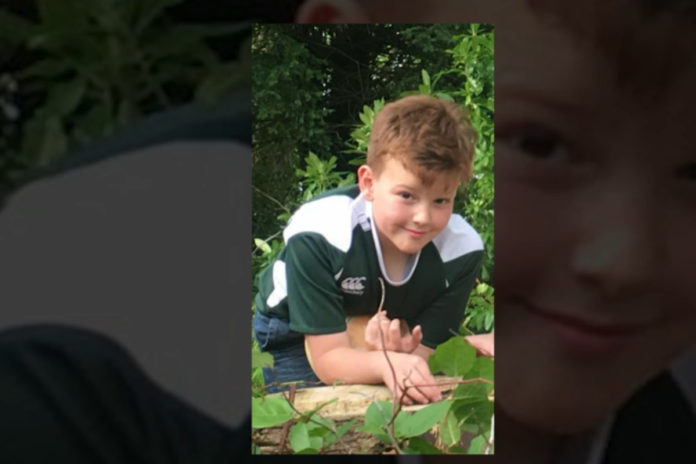 VIDEO: ‘He was a little mini-me’

Mayo Ultra-Cyclists have embarked on their 1,900 km journey across all 32 counties.

On Sunday, August 16th, the group, started their challenge of cycling through the 32 counties of Ireland from start to finish – all within six days – and in memory of James Alexander Moore, who was cared for in CHI at Temple Street.

The 11-year-old from Scotshouse, Co. Monaghan passed away at Temple Street Children’s Hospital on July 8th.

‘He was a little mini-me’

In this video, his father, Simon, speaks about his son and how the family became involved in the charity fundraiser.

“Our son James was passionate about farming, he loved tractors, cows and being out and about – he was a little mini-me.” his father explained.

“He really enjoyed what we do here on the farm as a family, but he was also passionate about Temple Street.”

“He loved the care, the nurses, the support he got while he was there and we too, as a family, got great support.”

James came home in December 2019 after his three-month stay in Temple Street with an ambition and desire to fundraise for Temple Street after the care and support that both he and his family received.

James was passionate about fundraising for Temple Street. He had plans to do so and the family are hoping to “carry on that banner”.

Simon and Heather Moore, said: “As a family, we are very appreciative of the love, care and attention we received in Temple Street from everyone including the nurses, porters, physios, occupational therapists, doctors etc.”

“There are many people in Temple Street who were very special to James, he had huge plans and ambitions to fundraise for the hospital and had planned a tractor run, which unfortunately did not happen due to Covid.”

“Our son James recently passed away and we want to make his plans a reality and help fundraise through this great initiative,” they added.

“We got the opportunity when Alan, who I work with, came to me and gave us the privilege of being involved in this ultra-cycle.” Simon added.

The group has set up an online fundraising page and are asking people to spread the word far and wide and share on Facebook, Twitter and Instagram, as any small contribution will be greatly appreciated.