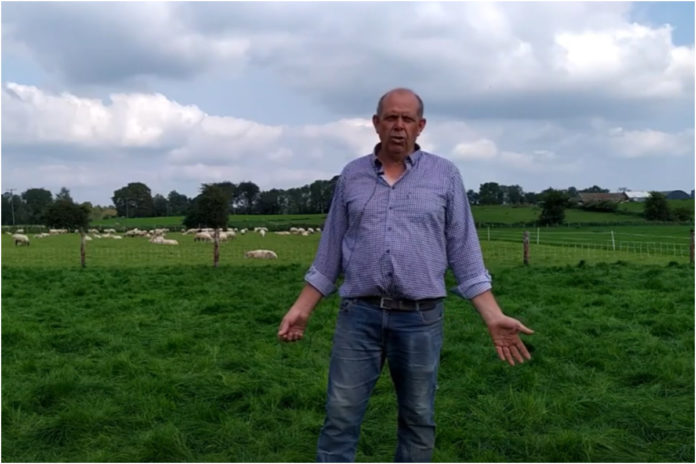 John Bell is farming on the outskirts of Castletown Geoghegan, Co. Westmeath and was the host of the 2017 IGA sheep farm walk.

Running a sheep-only system based on 46.5 ha of grassland, John manages a flock of 500 ewes and 140 ewe lambs.

The farm itself is sitting in one block on a combination of dry to more peat-type soil, which John will admit has its pros and cons depending on weather conditions.

With the high stocking rate on the farm, good grassland management is now at the fore of John’s system.

With good levels of soil fertility on the farm, attention was turned to grazing infrastructure where John divided up the larger areas on the farm making good use of the TAMS grant to achieve some of the permanent divisions.

When it comes to breeding, good levels of animal performance are key.

All lambs produced on the farm are finished or retained as replacements. On the terminal side, high index Texel, Charollais and Suffolk rams make up the team, with Belclare rams making up the maternal component. Key to the performance is a high output ewe flock.

Given the numbers on the farm, John’s aim is to achieve a high output ewe that will look after herself and her lambs.

The ewe flock consists of a mixture of maternal and terminal genetics with Belclare sires being used in a criss-crossed pattern with the terminal sires on the farm.

This policy is delivering on the ground with a combination of genetics and good management.

Litter sizes of over 2.0 are commonly seen with pregnancy rates of +96% with ewes lambing from early March onwards.

The ewe flock is delivering in excess of 1.6 to 1.7 lambs reared per ewe joined on a consistent basis.

To further increase output all ewe lambs are joined each year with Charollais rams. They lamb from the end of March when the pressure is off from the main ewe flock.

Unlike most farms, John typically only retains the pregnant ewe lambs as he believes these are the more productive replacements.

One of the key aspects of John’s farming system is keeping things simple with an aim of making the farm labour efficient, as much as possible.

Whether it is the feeding of ewes in late pregnancy, lambing, drenching or the weighing of lambs throughout the season, John is not afraid to ask for help when it is needed and believes in being organised in advance in order to make the most of people’s time when getting big jobs done on the farm.

The key components in John’s system that are clear to anyone who visits the farm, are to keep things simple and focus on the factors you can manage – grass and genetics, combine these with good management and you can achieve your targets.