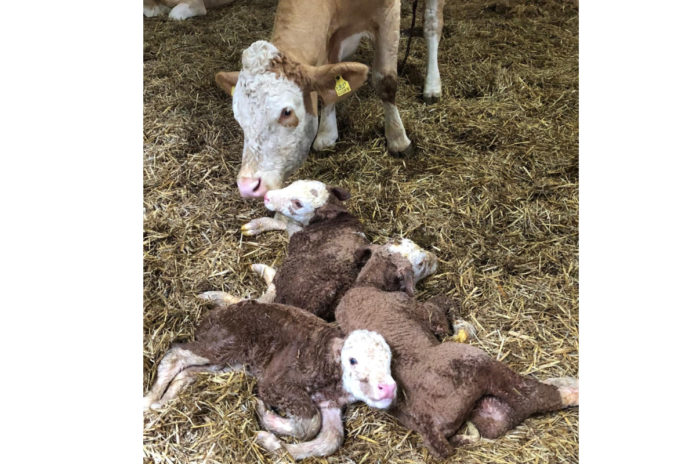 A pedigree Simmental cow has defied the odds by delivering triplet bull calves.

They were born without assistance on the farm of Dan and Rob Evans, Abbey Farm, Wroxall, Warwick on Thursday morning, September 16th.

Entirely homebred, the triplet calves are out of Wroxall India Patience, a second-calved Wroxall Cocker Leeky Soup daughter, and by the heterozygous polled bull, Wroxall Electric 13.

Commenting, Rob Evans said: “This was a lovely surprise and a little bit of unexpected ‘sunshine’ after a tough year with the weather.”

For the Wroxall herd, one of the original British Simmental herds and established in 1970, the birth of the triplets was a first-time event.

Whilst the odds of triplets in beef cattle are said to be 105,000 to 1, this is the third time in recent months that British Simmental have reported on a hat-trick of calves.