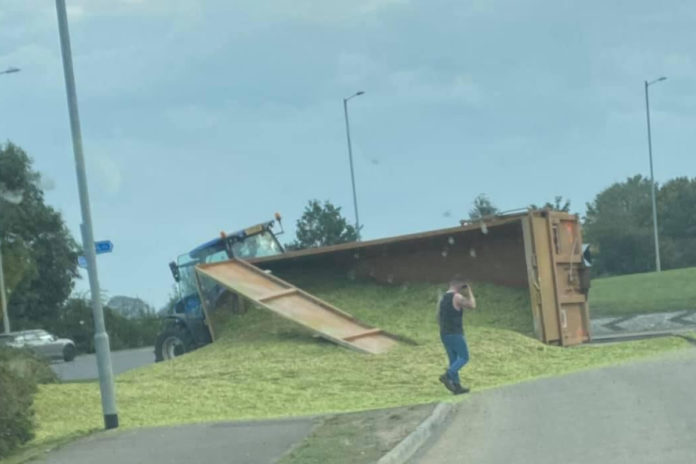 A roundabout in the UK was blocked earlier this morning (Wednesday, September 16th) after a tractor-trailer overturned.

Cambridgeshire Police received reports that a tractor had overturned in Lancaster Way on a roundabout near Witchford shortly after 9am.

“No injuries have been reported, but there was a significant amount of debris on the road. The tractor was towing a trailer containing crops.” a police spokesperson explained.

An image of the incident circulated across social media.