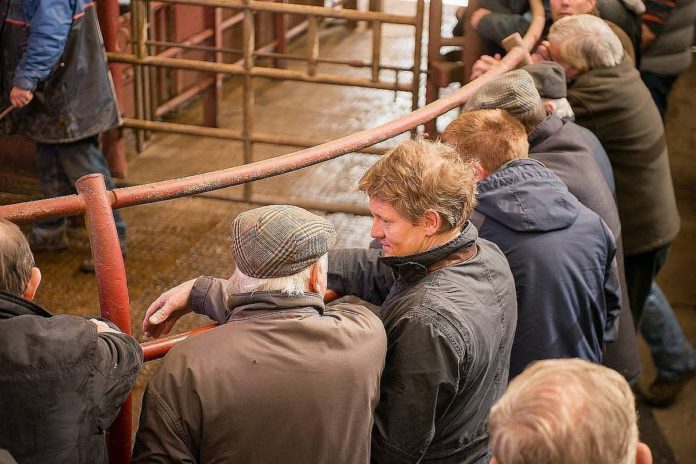 The Minister for Agriculture, Food, and the Marine, must pay special attention to marts with poor broadband coverage and propose immediate solutions.

That is the view of Marian Harkin, Independent TD, Sligo/Leitrim/ South Donegal/North Roscommon.

She has written to the Minister for Agriculture, the Taoiseach, Tánaiste, and leader of the Green Party, to highlight that “hugely significant” challenges that will be faced by buyers, sellers, and marts due to level 5 restrictions.

“The future for some marts and farmers who are selling stock right now, especially in areas of poor broadband coverage is extremely grim due to the Level 5 restrictions which will come into force on at midnight.”

She said she has spoken to a number of mart managers and many farmers. They are “especially concerned about very poor broadband coverage around certain marts, particularly in the west of Ireland”.

“Also, some farmers are not at ease with the technology needed to participate in online sales.  This means that access to online sales is limited, or in some cases impossible and this is happening at a time when the weanling trade is just swinging into action.”

Loss of marts ‘death knell’ for some towns

She said that this is the busiest time of the year in many marts in the west and north west of Ireland when weanlings are sold onto finishers, many of whom come from outside the region.

Harkin highlighted that many rural towns partly rely on the mart as a source of revenue for local businesses.

“If marts are unable to operate sustainably, it will be the death knell for some of those towns, as well as a severe blow to cattle and sheep production locally”, she stressed.

“Farming, like other sectors, has had to deal with the impact of Covid-19. It is at best facing real trade dislocation due to Brexit and now, in certain parts of the country farmers are facing lost sales, lost opportunities to buy and maybe the loss of a local mart, due to trading difficulties.”

Cubicles around the ring

“I think there can be workable and safe solutions found with rigidly applied physical distancing and mask-wearing. “

She said there is also the option to temporarily erect cubicles around the ring to further enhance safety measures.

“Marts are willing to do whatever is necessary to ensure a viable continuation of the trade,” Harkin concluded.