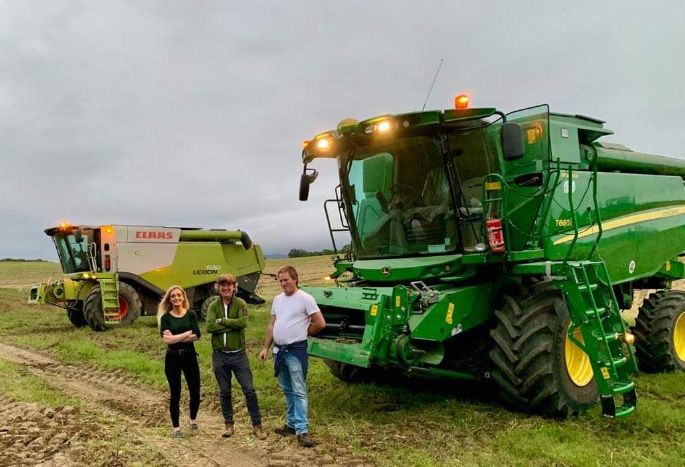 ‘Over 600-acres are under the plough’ – Tipperary tillage farmer

Richard Thomson-Moore is a tillage producer whose farm is located at Barne, near Clonmel.

Barne Estate has been in the family for many generations; the house is significantly historic in this area.

“The farm’s main enterprise is tillage. Over 600-acres are under the plough. Some land is used for grassland and some for woodlands and forestry,” Richard explains to That’s Farming.

“We are fortunate to benefit from the amazing, rich, fertile light loam soil that lies over limestone,” he added.

However, the farm was not always a tillage operation. At one time, it was a mixed enterprise. During the mid-1970s, tillage started to become the main enterprise of the land.

“We moved away from cows, heifers and sheep to mainly tillage. We also dry most of the grain to be sold after the harvest,” Richard says. 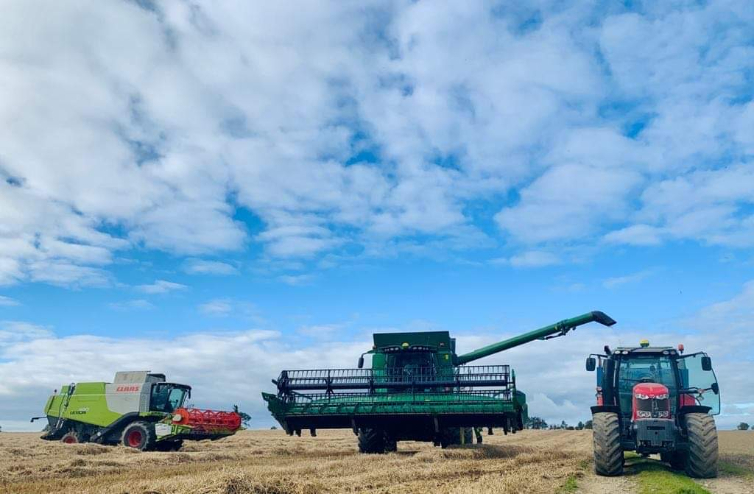 “I studied land management, intending to become a land agent and qualify as a chartered surveyor. During my time studying, I saw there was an opportunity to look at commercial property and the bright lights of London”.

Richard took this career path and spent the next few years working in London.

“I was part of a team in a property company dealing, that had investment properties all over the UK. After the financial crisis, I returned home,” he explains.

“On my way, I spent the winter in the Swiss Alps, working under my late father. I then assisted him in running the farm at Barne.”

After his father’s sudden death, he assumed the role of farm manager and continued to live in the Premier county. Today, the Royal Agricultural University graduate runs the business and the day-to-day farm activities. 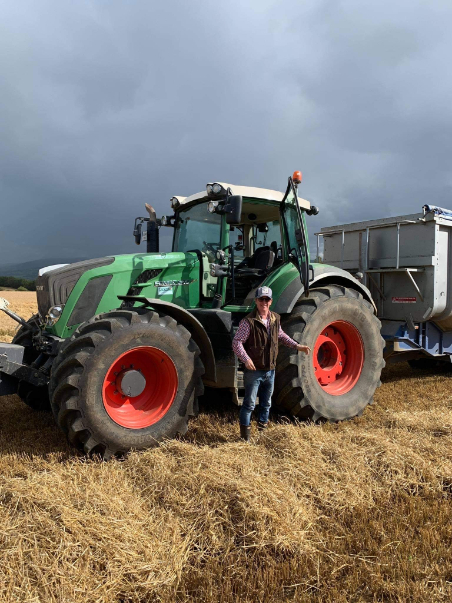 Rotation is the pinnacle of any tillage enterprise. Lately, the Barne farm has implemented a diverse new rotation plan.

“Only recently have we implemented a strong rotation policy. Previously, the tillage operation was mainly continuous wheat, with some spring cropping,” he makes clear.

Interestingly, the addition of break crops such as “winter oilseed rape, winter oats or winter beans” into the previous traditional system has fared well.

Following this, winter wheat and barley are sown in the rotation. 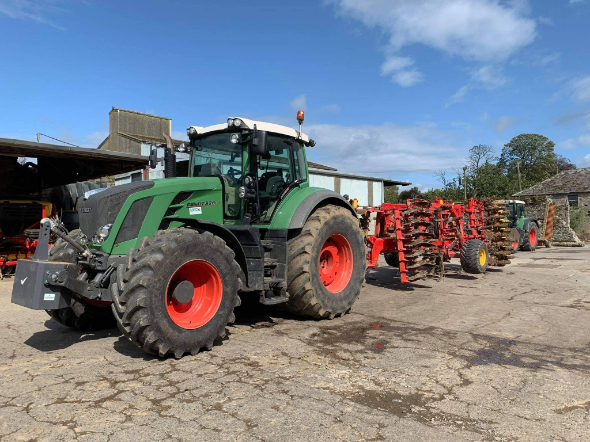 Min-till is a cultivation method, where land is not ploughed at any stage during seed-bed preparation.

Strategically, Barne tillage production has moved away from inversion cultivation and ploughing to a min-till system.

Speaking on the benefits of doing so, Richard shares that “this required a change in tractor horsepower and machinery”.

He went on to say, “of course, the advantage is better soil. Costs are also reduced in terms of labour and fuel”.

Long-term, the use of technology is promising to lower inputs considerably and to calculate fertiliser requirements accurately.

“We have GPS-mapped all our fields for a more accurate appraisal of the needs for P, N, K and pH measurement. The aim is to reduce input costs over time using this, combined with yield mapping from the combine harvester,” Richard added. 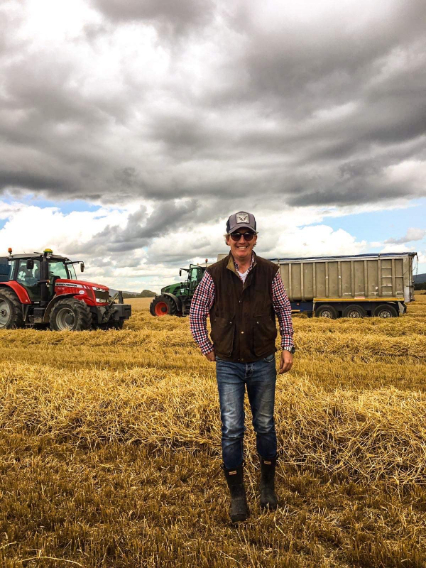 Diversification of income is something every agricultural enterprise should be assessing. Richard has plans for the future of Barne.

“I can see possible opportunity in turning some land over to renewable energy production. This could be in the form of solar panels and possibly, wind turbines.”

Interestingly, Richard is growing high erucic acid rape (HEAR oilseed rape) as a new market opportunity. He has the intention to enter the biofuel-growing sector.

2020 was an average year for Barne, with mixed yields across the board.

“I believe this was mainly due to the weather last autumn and sowing our crops in good ground conditions. We would traditionally plant winter wheat in October, but in recent years the weather has been unpredictable,” he highlights.

In recent years, crop establishment has suffered. Fundamentally, this has had an impact on yields in each following harvest. Richard makes clear that as a farming business, production costs are significant.

Principally, accurate records and gross margins are important to be able to analyse production costs and make changes where necessary.

“This is also important to try to allow the public to understand that farming practices are good and safe. Additionally, this shows that grain produced in Ireland is of very high quality and standard,” he clarifies.

Richard is fearful of the apparent disconnect between farmers and the consumer. A good example of this is the ongoing glyphosate debate.

He believes that “we need science to illustrate glyphosate’s safety and importance if it is used correctly and appropriately”.

“Last year’s heatwave in May and June helped reduce the disease pressure on the farm.”

“However, recently, certain chemicals like Bravo have been banned. Time will tell what impact this will have on production,” he says.

Agri-chemical companies have brought out new products, but the cost “might make them undesirable, until we see their benefit,” Richard explains.

Notably, they were awarded a prize for the quality of their Cassia winter barley this year.

Barne farms with most of its inputs coming from Glanbia. They also sell to both Glanbia and to local pig producers. Occasionally, Barne supply other small animal feed providers.

“Only recently has the tillage sector had support from TAMS II; this has been very useful,” Richard indicates.

Despite this, he finished by saying, “we need further support regarding grain storage, drying and milling”.

“Brexit will illustrate how reliant we are on imports,” Richard Thomson-Moore concluded.