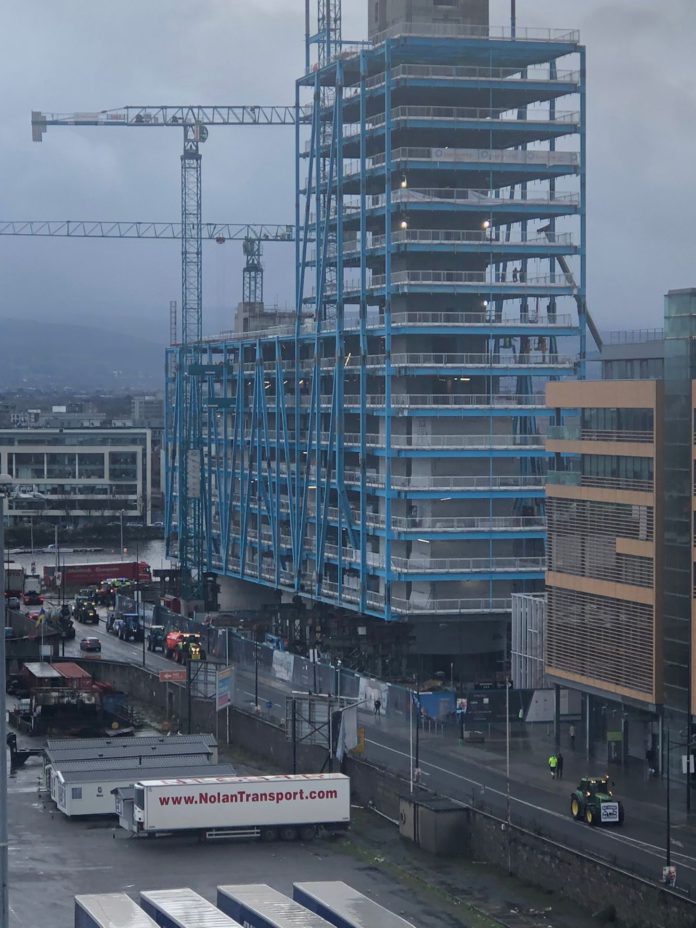 Protesting famers intend to close the Port Tunnel this afternoon (Thursday, January 16th) before venturing to the M50.

The Individual Farmers of Ireland will then make the journey home from the Capital.

In a statement on Twitter, this afternoon, a spokesperson for Dublin Port Company said: “The farmers’ protest has arrived to the East Wall Road. The northbound lane is blocked but traffic flowing freely south-bound.”

In a tweet, Irish Ferries, said: “Please be advised you will experience traffic congestion in Dublin Port due to the farmers’ protest.”

“East Wall Road and Alexandra Road are likely to be worst affected. Travellers are advised that Tolka Quay Road and the Port Tunnel may be less impacted.”