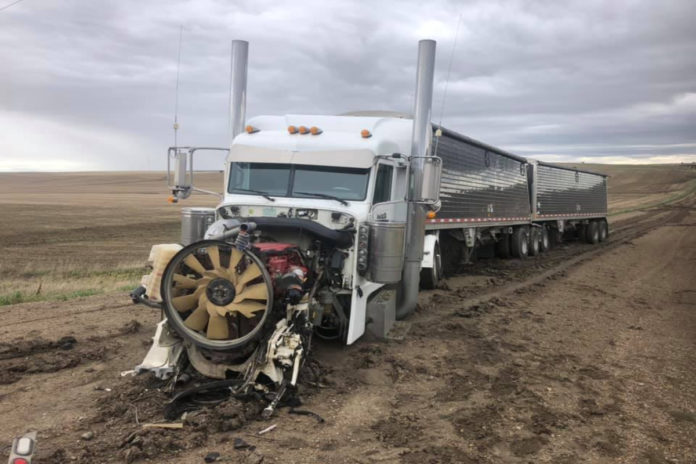 PICTURES: Towing with a tractor does more harm than good

A tow company in Saskatchewan, Canada, were called to help a farmer in recent days.

The truck they had been using to haul grain got stuck on wet ground.

Before calling the towing service, the farmer themselves decided to try to tow it with a tractor. In the end, they did more harm than good as the front portion of the truck was ripped off as a result of their efforts.

The vehicle recovery company, Rosetown Towing, were eventually called for help. They took to their social media page to comment on the incident, saying: “It might seem expensive to have your truck and trailers winched out by a tow company….but it’s really the experience and training that’s priceless…please don’t use a farm tractor.”

“If you are stuck really bad….you might end up like this and the tow company comes to the rescue anyway,” they said.