Bulls levelled at an average of €3,650 at the Irish Limousin Cattle Society’s premier sale in Roscrea Mart on Monday, May 3rd, 2021.

Born in October 2019, this young bull has a muscle score of 133 and five-star ratings in terminal index, carcass weight, carcass conformation and daughter milk.

Patsy has five-star ratings in terminal index, carcass weight and carcass conformation with a predicted calving ease of just 2.5%.

Next up at €5,900 was multi-starred CLONBONNY PLUMTREE, an outstanding Plumtree Fantastic son, bred by Tony and Darren Hartnett, Athlone, Co. Westmeath.

Plumtree’s dam Clonbonny Kerry has Gamin and Towthorpe Dubai in her sire stack.

Plumtree boasts five-star ratings in almost all traits, including a replacement index of €130 and a terminal index of €162. 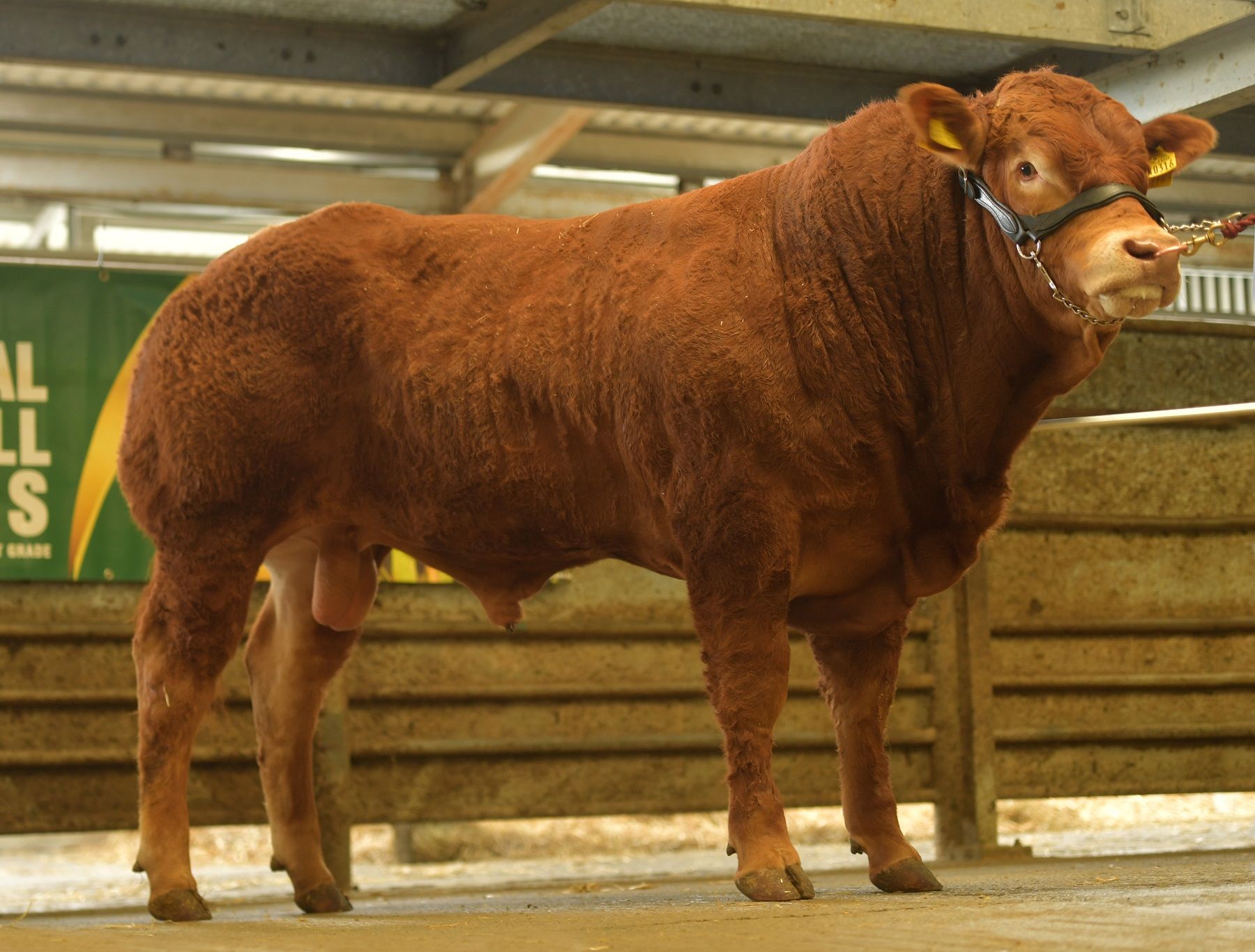 Red Diesel’s dam, Bova Juno, has Towthorpe Dubai and Dahlia in her back pedigree. He boasts five-star ratings in terminal index, carcass weight and carcass conformation, and carries two copies of the F94L profit gene.

Tony and Darren Hartnett returned to the ring with the €4,500 CLONBONNY ROCKY, another Plumtree Fantastic son. Born in January 2020, Rocky has an array of five-star ratings.

RUTLAND PABLO, a stylish grandson of the aforementioned Plumtree Fantastic, found a new owner at €4,400.

The winner of the best young bull in the south-west herds’ competition 2020, BALLYLIN POPEYE, fetched €4,400.

Roky has a five-star replacement index of €174 and a five star terminal index of €167. Roxy’s dam, Crohane Mary, is a daughter of Tomschoice Iceberg. He has an extremely low predicted calving difficulty of 2%.

Two bulls sold for €3,900. Firstly, at this price was MAYBE PLANTATION from Michael Gunn, Elphin, Co. Roscommon.  Plantation, a Scottish born son of Lowflan Lee, has five-star ratings for several traits and carries one copy of F94L and one Q204X gene.

Paddy is an EBY son and is out of Ampertaine Foreman daughter, Sliabh Felim Martha. Paddy has two copies of F94L myostatin gene and five-star ratings in terminal index, carcass weight and carcass conformation.

This August-2019-born bull has Roundhill Saturn, On-Dit, Woodview Gregory and Fieldson Alfy in his sire stack. Besides, he has five-star ratings in replacement index, terminal index, docility, carcass weight and carcass conformation.

€3,500 17-month-old Pinkman has an array of five-star ratings, including a replacement index value of €128. His grandam is the renowned show cow, Carwin Hillery.

Read more on the report with heifer prices.