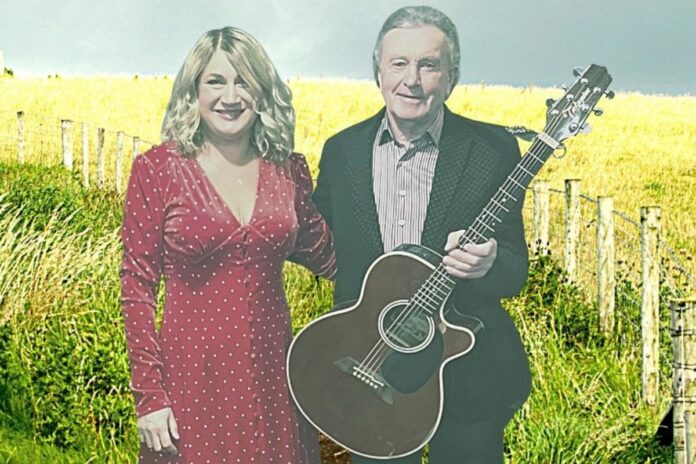 A chance meeting at a church fundraiser in the midlands is the inspiration behind the new duet from two of the stars of Irish country music.

Larissa Tormey and P.J. Murrihy were both on the bill at a fundraiser for the parish church in Kilbeggan in recent years.

With both coming from “strong” farming backgrounds, the conversation quickly turned to cattle and a friendship quickly formed.

The pair agreed to join forces in the studio at some stage and, just in recent weeks, recorded a cover version of the much-loved hit, I WISH I HAD SOMEONE TO LOVE ME.

Speaking about their decision to duet, following its release on April 4th, 2022, Larissa explained:

“Talking about cattle is always a good icebreaker when two farmers meet for the first time.”

“I had heard of P.J. and his music, but we had never met before that night in Kilbeggan. P.J. is a gentleman, a great artist, and a very experienced and knowledgeable farmer, so we had a brilliant chat at the church fundraiser.”

“So that made deciding to record a song together sometime a very, very easy decision. I think from that night on, it was just a matter of when.”

“There was never a question of should we or should we not. We were going to do it, and that was that,” she laughed.

The song they chose to record – I Wish I Had Someone To Love Me – was written by Guy Massey and is now known to most people as a staple of the folk genre.

So, it might surprise people to hear that it was a country hit for an artist called Vernon Dalhart.

Not only that, but the song was originally known as The Prisoner’s Song and was even heard at the end of the Humphrey Bogard movie, Deadend.

In fact, it was the B-side to his recording of the classic ballad Wreck of the Old ‘97, which was the first country song to sell one million copies.

“One of my own favourite songs to sing, which I have recorded, is my version of Danny Boy. So, I was always hoping for a chance to record another song like this, one that means so much to so many people here in Ireland, and maybe to do it as a duet.

“Getting to sing with P.J. was the perfect opportunity for me to make that dream come true. And when we talked about what song we might do, it did not take very long for both of us to fall in love with the idea of this one.”

“Even though it is a sad and mournful song, we enjoyed bringing it to life in the studio and while filming the video in Kilbeggan Distillery with Steve Bloor. So, hopefully, people will enjoy listening to it and watching the video as well,” she concluded.

- Advertisement -
Previous article
In-calf Jersey cow sells for over €50,000
Next article
‘I went from having almost no involvement on-farm for 20 years to doing almost everything’